Malinga, who retired from Tests in 2011, from ODIs in 2019, and from franchise cricket in January, announced 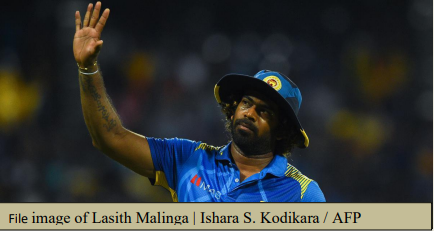 his retirement from T20I cricket on Tuesday.

Lasith Malinga announced his retirement from all forms of cricket on Tuesday.

The 38-year-old, who had retired from Tests in 2011, from ODIs in 2019, and from franchise cricket in January this year, announced his retirement from T20I cricket as well on Tuesday. “Today is a very special day for me. I want to thank each one of you who have supported me throughout my T20 career. Today I have decided to give 100 per cent rest to my T20 bowling shoes,” he said in a social media post.

“While my shoes rest, my love for the game will never ask for rest. Looking forward to seeing our youngsters make history”

Malinga ended his T20 International career as one of the greatest fast bowlers of the shortest format. The rightarm pacer played 84 T20Is for Sri Lanka and picked 107 wickets. He also led his country to the World T20 title
in 2014. From – Scroll.in