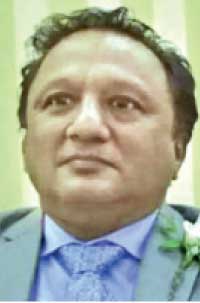 Former Isipathana College, CR and FC, Kandy SC, and Sri Lanka ruggerite Sheham Siddik passed away yesterday, at the age of 57 years due to COVID-19.

He later represented CR and FC from 1982 to 1991 and also played for Kandy SC and after hanging his boots he served as a rugby selector.