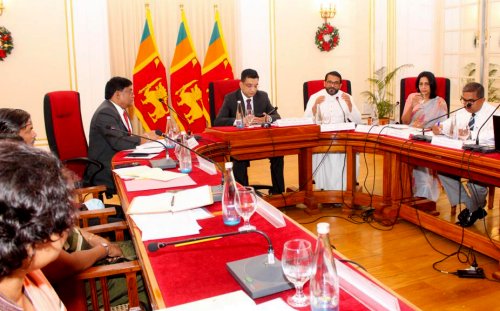 This was a joint initiative by the Foreign Ministry and the tourism industry in order to seek the best efforts of Sri Lanka Missions abroad to enhance tourism. The initial official level meeting with the stakeholders on the same, chaired by Foreign Secretary Aruni Wijewardane, was held on 18 November 2022.

Delivering the opening remarks, Foreign Minister Ali Sabry emphasized that tourism promotion is one of the key economic priorities of Sri Lanka which is especially significant in the current economic context as a direct source of foreign exchange and the Sri Lanka Missions/Posts abroad have a prominent role to play in positioning Sri Lanka as an ideal destination for tourists and countering negative publicity.

During the meeting, the Minister and officials comprehensively discussed the course of action and strategies that could be implemented collectively by the Sri Lanka Missions/Posts and industry stakeholders to revive the industry.