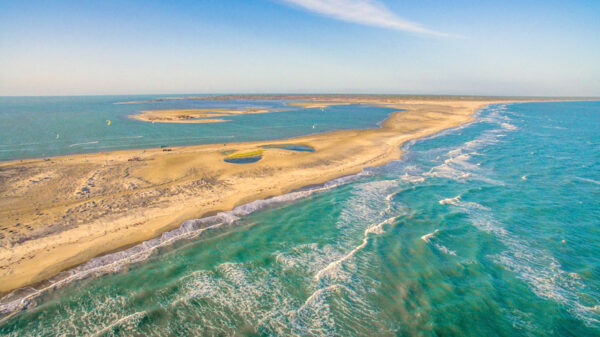 An aerial view of Mannar

Ancient kingdoms have intrigued us with armed rebellion, murder, controversy and shrewd diplomacy. At times these elements are laced with religious passion and timeless tradition. This narrative revolves around a zealous priest, a determined prince, a defiant Portuguese army commander and a proud king who is forced to balance his life as a father and ruler, amidst the eyes of his people.

The Northern Province was once home to a dynasty of regional rulers known as the Ariya Cakaravarti who are believed to have ruled for almost 300 years. The first was named Cinkai Ariyan Cekerasacekaran. Today there is very little left in terms of their mansions and historical inscriptions. As we all know, as an island ancient Ceylon was subject to three waves of colonization: Portuguese, Dutch and British. Historical records indicate that prior to this era there was dominant interference from the Pandyan Kingdom of India.

The Ramnad District (Ramanathapuram) in South India had an area known as Cevvirukkai Nadu. These men of Brahmin origin excelled in military service to the Pandyan kings. As such Cinkai Ariyan was believed to be a descendent of a Brahmin general. Cakaravarti Nallur was the ancestral homeland of this clan. It is interesting to note that subsequently the Nallur area in Jaffna, which was the capital of these rulers, bears the same name. Today Nallur is a prominent destination in Jaffna and home to the majestic Nallur Kandaswamy Kovil.

The chronicler of the Cekerasacekaramalai describes the bestowing of royalty on this family in South India. At a temple ritual Sri Rama garlanded two of these men with a Thulasi garland – a symbol of royalty and gave them the standard (flag) of the bull (Nandi is still a venerated icon of the Hindu Tamil community). A single conch shell was also gifted.

Over the next three centuries the Ariyan kings used the throne names Cekarasacekaran and Pararasacekaran. The first 12 monarchs ruled independently but following the Portuguese invasion, the remaining kings had to rule under suzerainty. Cankili I was one of the most controversial yet flamboyant rulers of this bygone era. Prior to his assuming the throne there were a series of mysterious deaths of others aspiring to the throne. When we pause to delve into world history, such incidents have plagued ruling families for centuries. It is recorded that the father of Cankili I had three wives and a host of concubines.

The first wife Rajalakshmi bore him two sons, while the second wife Valliammal bore him a son, named Paranirupasingham. The third wife gave birth to Cankili (also called Sangilian) along with a daughter. It is strange how society views and accepts culture with the change of time, in terms of marriage. Cankili I reigned from 1519 to 1561. According to oral tradition, the son (of Cankili 1) had been acquainted with a Portuguese named Andre de Souza. This mutual bond gave De Souza the chance to gently persuade the prince to follow the Catholic faith. The converted prince was planning to go secretly to Goa to be baptized. When his father, the King became aware of this conversion, he ordered the ultimate punishment for the prince. The slain prince was duly buried with royal honours.

The oral tradition says that a person named Antonio Fernandez is believed to have built a small chapel in the thick forest border on the spot where the prince’s ashes were buried, naming the spot ‘Emilda de Cruz’. Thus the young son of Cankili became a Christian martyr. According to legend a shining cross was said to appear randomly at this spot. Some believe that this is the present location selected for the building of the magnificent St. Mary’s Cathedral, Jaffna. If this is a divine coincidence, it is beyond my mortal comprehension. Work on this beautiful cathedral had begun in 1789.

Meanwhile across the sea many people in the Tuticorin region of India converted to Catholicism, due to the dedicated efforts of a priest named Francis Xavier. The Portuguese had to settle these Paravar converts and eagerly eyed the scattered islands of Northern Ceylon. The Paravar are a caste originating from Tamil Nadu, found from the Gulf of Mannar to Kanyakumari (Cape Cormorin).

It is alleged that the Portuguese administrators had a hidden agenda to slowly gain control of the lucrative pearl business which was thriving in Mannar. Even to date this area is bestowed with this natural bounty. In that bygone century Mannar had a vibrant harbour called Manthai (Manthottam) which was believed to be a trading point. The Portuguese also feared that Mannar, with its strategic maritime position could be used as a beach landing point for the Dutch navy.

The defiant Cankili I would soon be provoked to attack Mannar, which ultimately led to his downfall. Jaffna was a relatively calm place at this time in history. Soon a young Catholic priest had arrived in Mannar and went about preaching, without the consent of the ruling King. Cankili I was frustrated with this act of disloyalty by his citizens and he ordered his military garrison stationed in Mannar to control the conversions. He was shocked to find his own military chief Ilansingham and his soldiers had also embraced the Christian faith and would not obey the king’s command.

Cankili I began to realize that the people of Mannar may support the Portuguese. It is alleged that around this timeline the Portuguese Commandant had destroyed the sacred Ketheeswaram Temple and used the same bricks to build the Mannar Fort, which upset the king. The Ketheeswaram Temple (also known an Thiruketheeswaram) is one of the Pancha Iswarams in Sri Lanka. The original site of the temple was traced later in 1894.

As per oral tradition, the infuriated Chieftain mounted his army and entered Mannar in 1544. He sent an edict asking the new converts to renounce their recently embraced faith. They remained steadfast and ignored the edict. In a violent display the enraged Cankili I ordered his troops to attack killing hundreds of people. The young priest Francis and chief Ilansingham were also put to the sword. The entire province was horrified at this carnage. Once his rage had calmed some say Cankili 1 realized the consequence of his rage. He then buried chief Ilansingham with royal honours.

As a tribute to the dead in this incident the bewildered Portuguese would soon refer to Mannar as Illa dos Matryres – meaning the Island of Martyrs. To this day there are wild horses roaming in Mannar and Delft Island, from the cavalry horses of the Portuguese garrison who were once deployed here. These wild creatures can be seen within the town precincts. Sometime thereafter perhaps the wheels of fate influenced the people and Cankili I was rejected. Subsequently his son Puviraja Pandaram ascended the throne, and used the name Pararasacekaran V11. Interestingly he tried to attack the Mannar Fort on two occasions, to control the pearl trade. His attacks were repulsed (1582–1591). He was captured and beheaded by the Portuguese led by Andre de Mendonca.

In 1617 Cankili II aspired to rule the Kingdom of Jaffna and became ruler. Shortly he was ambushed by the Portuguese under the direction of Fillepe de Olivera who arrived with a battalion of soldiers. Cankili II was overpowered in 1619 and sent to Goa as a prisoner, where he was subsequently hanged. With his demise the long line of Aryacakravarti Chieftains who had wielded power for many years came to an end. It is recorded that some members of his family embraced renunciation and took up holy Christian orders becoming monks and nuns. They completed their life’s journey in monasteries. The only structure remaining from this era in Jaffna is the Manthiri Manai, an enigmatic mansion.

After this from 1644 to 1678 the areas of Northern Ceylon came to be known as Pannemgammam (land of the palmyrah trees). This story filled with faith, fear, betrayal, repentance and hope reminds us that all things on earth are temporary. It is important to learn from the past, and live together as one people without giving into undue religious zeal. 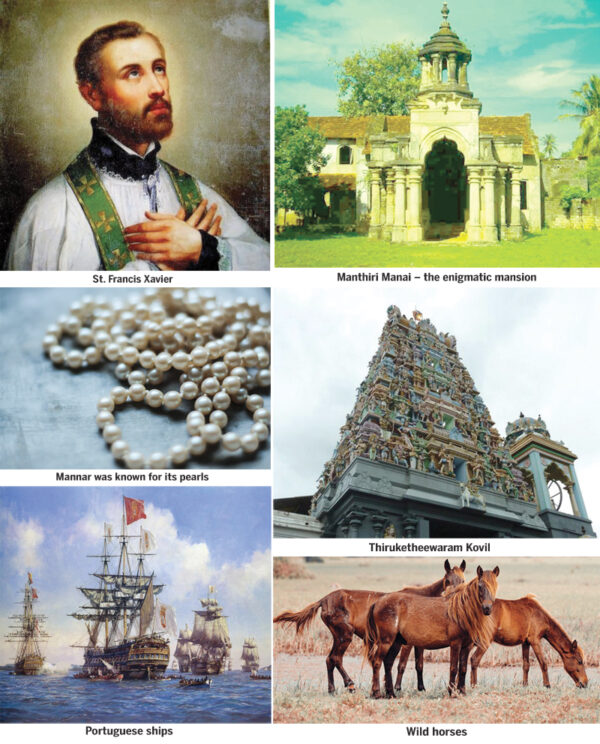