First cut is the deepest! – By Aubrey Joachim 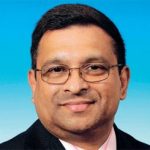 The magician has spoken. However, he did not pull any rabbits out of a hat. Instead he slashed the body of the damsel (in distress). Is it an illusion or will he be able to put her back and will she rise out of the façade?

The newly appointed Prime Minister has spoken to the nation. The message was crisp, clear and succinct. The situation is grave. The patient is on life support. Sri Lankans will face hardships that they have never faced in their lives over the next few months. The stages of recovery will take time. If the patient comes out of life support it will progress through intensive care, critical care and a long period of hospitalisation before some modicum of recovery happens. A mere few months of hardships is the height of optimism. It seems more like a decade. Greece and Zimbabwe are cases in point.

What does this mean for the 22 million – mostly starving, citizens who are desperately looking for some respite? Belts will require to be tightened but waistlines are continuing to shrink. The PM and his government are in a straightjacket desperately attempting to do a Houdini. Let’s hope that for the sake of the citizenry they manage to succeed. Our sincere hopes and prayers are with them.

The factual integrity in his speech was around the financial position – a blown budget, and empty dollar safe and the millstone that is the national airline. The story told in the simplest of terms painted a picture that should have even been understood by the ordinary peasant. The consequences he outlined were also genuine – no petrol, no medicines, impending 15-hour power-cuts and skyrocketing inflation. He also referred to the subsidies on various items perhaps alluding to the inevitable scrapping of such. The rest of the PM’s parable contained a lot of motherhood statements – reluctant printing of money, foreign money flowing in, discussions with lending institutions, a nation with no queues, plentiful resources and a future for the youth. He also included excerpts from the German playwright Bertoli Brecht’s play – The Caucasian Chalk Circle likening himself to the peasant girl who rescued a baby and became a better mother than the child’s wealthy biological parents. A veiled reference perhaps to ill-gotten wealthy leaders who have abandoned Sri Lanka!

The one concrete proposal was the privatisation of Sri Lankan Airlines. The country will cease to have its own flag career although the brand name will perhaps continue. As was accepted by the PM the SLR 350 Billion dollar cumulative loss will have to be borne by the country and every single man woman and child who has never even smelt aviation fuel will be made to pay for the gross mismanagement and thievery that has occurred. With no apparent tangible value that can be shown the airline is a corporate carcass. The only intangible value that could be salvaged would be the valuable landing slots and perhaps some brand value. Corporate vultures would be circling as you read this article and none would want any partial Sri Lankan government ownership. Genuinely many Sri Lankans will be saddened by the prospect of this loss. The country has had a national career from 1947 when Air Ceylon was born and many former and current employees will mourn its passing. However, other country’s airlines have suffered the similar fate – Olympic Airways and South African Airways to name a few. The unfortunate corollary to the saga is that many employees would be out of job.

The Prime Minister did not specify more detail but referred to loss making state owned enterprises that will suffer the same fate if the IMF is to come to the party. Perhaps he and his team of advisors should take the cue from other countries that have totally privatised all aspects of energy – power and power distribution, petroleum, telecommunications and even further segments of public transport such as has been done with the UK rail system. It will be wise for him and his team to consider retaining only health and education as government provided services and divest the rest of the government machinery. Let them be run as successful entities by those more qualified and honest.

The PM’s national TV appearance would have been the ideal opportunity to address other tangible initiatives that would not only have demonstrated to the likes of the IMF the genuine interest in addressing debt sustainability but also appeased the Aragalaya cries for a system change – at least to some extent. What about smaller government in the form of less ministers and ministries – which also gets rid of luxury cars for ministers. Nothing wrong in them using pool vehicles for their official travel. Surely they must be made to feel the pain as well. Cutting out the multiple layers of ineffective governance such as the Pradeshiya Shabas will address the ongoing budget deficits and perhaps reduce one level of graft and corruption. One can only surmise that his spirit is willing but the flesh is weak!

The gravity of the eleven-minute speech on national television will slowly sink in over the next few days. The nation as a collective will now have to do their own planning and budgeting. Living conditions and lifestyles will have to be drastically modified. Cruelly the generations x to z and beyond were thus far in their young lives given false expectations of well-paying jobs and material benefits enjoyed by the rest of the world that will suddenly vanish before their eyes. Perhaps they will have to listen to stories of what their parents went through during a previous era. This is what the Aragalaya youth will have to come to terms with. How will they react in the next few days to how they have been robbed of their futures and their souls.

The new PM therefore has his work cut out. As he said he is up for the challenge. How best can he sell the message? Can he genuinely promise a light at the end of the tunnel however distant it may be? Given his advanced age time may be running out for him to reach that distant light together with his people. The task seems herculean.

The next few days and weeks will be a critical period for Sri Lanka and Sri Lankans. The PM may regularly appear on TV drip feeding further steps along the journey. However, for the moment he has had his say – first cut is the deepest!