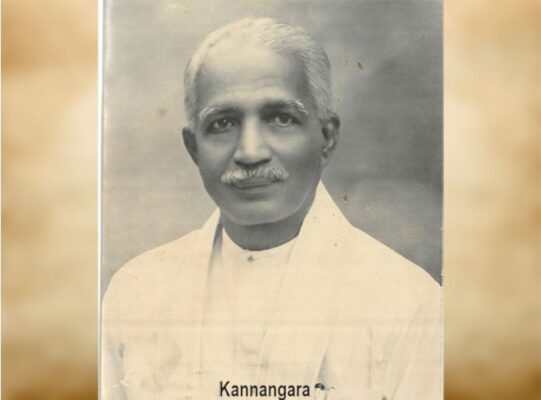 This essay is about how our politicians look at educational reforms. The positions of two of the key characters mentioned in this essay have now radically changed. President Gotabaya Rajapaksa has fled the country amidst a popular uprising and Dhammika Perera has resigned his ministerial position in the same context. But the way these once powerful people looked at education should be taken seriously when imagining the future.

The country’s economic catastrophe is not the result of education. Instead, it is due to the state’s short-sighted economic and political decisions — it is erroneous to label these actions as policies. In this context, what kind of an ‘economy’ is the president referring to? Is it the economy which is in crisis? The ‘economy’ about which the president talked about is an economy in which schoolchildren have died due to pharmaceutical shortages; it’s an economy where people die in gasoline lines; and it’s an economy where mothers have tossed their children into rivers because they cannot provide for them. It’s a different matter that the president is silent on these outcomes of this ‘economy.’

Amidst the present crisis, the President saw Dhammika Perera, who is a prominent entrepreneur in the country as a saviour who could deliver the country out of this crisis, and appointed him as a member of parliament and a Cabinet Minister with a developmentalist portfolio. After few days of this appointment, Perera came up with a proposal, Economic Growth Strategy and Action Plan. As per this action plan, Perera envisions Sri Lanka to miraculously become a developed nation by 2030. The action plan consists of 25 sectors including education. In this short essay, my focus will be on Dhammika Perera’s educational reforms proposal, which was presented in bullet points.

From a Committee to a ‘Show’ by a Single Businessman

The Kannangara report of 1943, which provided the groundwork for the country’s free education system, goes into great details about education’s ‘autonomy’. The committee that came up with the report highlights the significance of having an independent entity to manage free education. The group proposes that education, from basic to secondary, be autonomous and independent from external influences.

In the very least, the committee was aware of the dangers of putting education in the hands of the wrong people. The committee recognised the link between democracy and free education, and proposed that education remain under the discretion of the people. Today, after about 80 years, Sri Lanka relies on one businessperson to reform the nation’s education system as per his will, where he proposes to change the education to achieve DGP growth.

In the Kannangara report, the committee presented a rationale for each recommendation. Every heading had a lengthy and detailed explanation on why that specific proposal was made, how the committee arrived at that particular decision, and how it would contribute to creating a complete human being. The report recognized its shortcomings, and in places problematized its own decisions, leaving them to be finetuned after further debates. On the other hand, Dhammika Perera who suddenly emerged as the nation’s saviour, introduced a bullet-pointe document on the country’s education reforms, as some kind of a ‘universal truth’ on education, which all of us are supposed to accept. The suggestions are weak and inadequate by any serious standard with no explanation or rationale, and with no broader vision other than the imagined growth of the GDP. Perera’s bullet point education reforms have reduced human potential to a simple and simplistic understanding of the GDP, challenging the very nature of evolving and progressing humans.

While the Kannangara committee was a process that began in 1936 and ended in 1947, the Perera reforms only took few days to be on paper. It seems to have emerged out of magic rather than through reflection and research. The nation’s education system has been so carelessly placed in the hands of a single business person with a dubious track record who took only a few days to pitch his education privatization agenda to the public, and present it in a modern virtual space with the audio book option. That was supposed to make the whole skeletal package radically modern.

Reductionist View of Education and Market

The sole purpose of this education reform package is to develop the country’s GDP and in the process the entire human potential has been reduced to a simplistic GDP growth agenda. All possibilities of innovations, creations and critical thinking have been erased from the proposal while aiming to create technocrats who are experts in STEM education. The Perera education reforms and SLPP election manifesto share the same tone when it comes to education reforms. Trapped by discourses of employability, the government has constructed the economic crisis as a crisis of education, highlighting, in particular, the education system’s inability to create ‘skilled’ workers to contribute to the tenuous ‘knowledge economy.’ Yet, the SLPP manifesto, which guides education policy, presents education as the problem for which the sole solution is STEM (Science, Technology, Engineering, and Mathematics) education. Aligning with SLPP manifesto, thinking in similar lines, Dhammika Perera too propose STEM education as the solution to the country’s problem of ‘unemployability’. As per Perera’s proposal, the purpose of higher education is to produce a labour force for the market (which he assumes to be a static entity) and industries. Other than all the bullet point proposals which are decorative in nature, the essence of the reforms is to privatize education, which I won’t be touching upon in this essay.

It’s disheartening to see how far our country has tumbled down a regressive and uncreative road. In 1943, when the government of the time appointed the Kannangara Committee to introduce educational reforms, the committee consisted of 24 members and a secretary, who worked together for years to come up with their recommendations. All the members were from educational field, yet they all had various areas of competence. Dhammika Perera on the other hand, who is merely a single businessperson, only thinks about profit-making has suddenly become the education reformist for the country. And then, as if he is a magician with super human powers, he waves his magic wand and miraculously comes up with education reforms in couple of days, and that too in bullet points. To put it more simply, today, the country’s entire education system, which is heart of the nation, has become a prop piece in the hands of a clown.

The Inept Regime Should Step Down

Today, education reforms of our country have evolved into ‘show’ performed by a single businessman. Given his training and experience, Dhammika Perera can only apply business thinking to education. From this perspective, the purpose of education is only to draw foreign exchange into the country (with profits for investors of course!). Today, the country’s education system, which is the heart, the future and the conscience of the nation, has become a mere prop in a clown’s hand. Dhammika Perera and his proposals are symbolic of this regime, which has failed on every front, plunging the country into from one hell into another in quick succession. In the middle of the prevailing crises, the Rajapakse oligarchy sees Dhammika Perera, a shrewd businessman with connections to its family networks, as the sole solution to all the country’s ills. The inept Rajapakse regime, which jumps from one hasty move to another, should step down immediately as the minimum requirement to stop the country’s inevitable fall into the final abys from which it would be very difficult to reemerge even with the magic wand of Dhammika Perera.