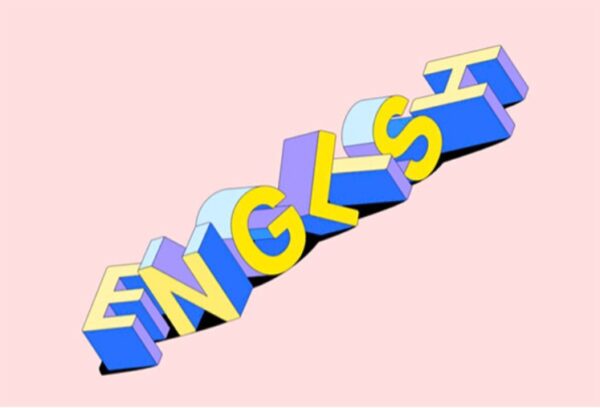 “Once again the same anti-English Education lobby of two decades ago has won the battle. It is interesting how the same wheel turns 20 years later” (The island 25/06)

Since Dr. de Mel has admitted defeat, I need not labour to present the case for the mother tongue in primary and secondary education for children. This case has been very convincingly presented by educationists the world over, including our own, during the past so many years. These views are well-known and need no repetition by me. Instead of repeating those, I wish to take up some of the views presented by Dr. Tara De Mel in her article.

The demand for English has not come from a social vacuum as such; it is firmly anchored in a social context. It comes out of a definite social background. In our country, there are four ‘interested groups’ that make this demand. They make use of different issues at different times to justify their demand.

Our present-day medical consultants, professors in various scientific disciplines and highly qualified engineers, have not sat GCE A/L in the English medium. The ‘needed’ language or jargon was there for them to achieve that goal. I am amazed at the presentations they make on the television programmes.

Our youth who go to Russia and China master those languages-the jargon that is needed in a matter of one or two years. Their language skills are confined to the subject matter they have to learn. I have met some of these doctors who have studied in Russia, and was appalled by their ignorance of the great literature written in that language. Some of them had not even heard of Tolstoy! Hence the thesis propounded by the English-educated lobby is a myth. But this does not mean that we should not learn a world language, which by the middle of this century may not be English, but Chinese.

Our economy since the time of Independence has been stagnant; it has not expanded, but contracted over the years. We have spawned welfarism at the expense of growth and development. To get the votes of the masses the rulers have made such promises as ‘getting rice even from the moon’. Lee Kuan Yew has made a very relevant comment about our periodic elections. He has viewed them as an auction of non-existent resources aimed at winning votes.

China or Japan did not have to resort to English or any other foreign language to structure their economies.

The third group that demands an English education is our middle class. Their aspirations, their understanding of the aims of education were amply demonstrated by the answers they gave to the questionnaire given to them. I quote from Dr. Tara de Mel’s article. “They were asked if they were favourable if the option to study selected subjects in the English medium was offered to their children. The large majority said ‘yes’ and when asked for reasons they gave the following ‘ability to face interviews confidently, converse with those in higher socio-economic brackets, to apply for overseas placements, and secure a good job in leaving school.”

This middle class has been the subject matter of my short stories and novels written during the last two or three decades. In my lengthy novel, starting with ‘Gamanaka Mula’, I have devoted one volume to portray this middle class and named it, ‘Inimage Ihalata’ (Climbing up the ladder). Anyone reading this volume will realise what an impoverished amoral self-centered community this class is.

I had thought this class was confined to our country till I came across that remarkable study, ‘The Great Indian Middle Class” by K. Pavan Varma.

K. Pavan Varma has shown how economic liberalisation initiated by Manmohan Singh has caused the expansion of this Middle Class in India.

“The economic liberalization that has been sweeping across the country for the last few years has altered the lives of a large section of India’s burgeoning Middle Class. They have become far more international in their outlook and aspirations, more sophisticated and liberal in life styles and attitudes.”

This picture is applicable to our middle class too. The big boost it sought came from the open economy of JR.

The fourth interested group is represented by Dr. De Mel and her ilk who are hell bent on enthroning English in this country. They may be a vanishing species, but yet are capable of clinging on tenaciously to their fantasy hoping it would become a reality one day.

Dr. De Mel quotes the latest neuro -scientific discoveries to prove that a child is capable of learning more than one language in childhood. One does not need the latest neuro-scientific discoveries to prove this point. The brains of children are like blotting papers that absorb anything that comes in its way. They may learn not only two languages but several others; what matters is not the number of languages absorbed, but what language provides the cultural roots that are essential for the development of the child. They come only from one language, the language spoken at home by his parents and siblings and from his immediate environment. The language is the vehicle that transmits these cultural roots from generation to generation.

The cultural imprimatur with its ‘dos’ and ‘don’ts’ impressed upon the child in infancy is what ultimately provides the cultural world with its ideals, values and the Weltanschauung needed by him in adult life, and what makes him a sane person inhabiting a sane society.

Those who believe in a universal civilization and culture will dismiss it as irrelevant in today’s world, and look upon it as cultural aggression or cultural hegemony. They want to make ‘world citizens’ of us.

Dr. De Mel quoting one Dr. Mahim Mends praises Chandrika Kumaratunga for ‘undoing the harm done by her father decades ago’. It would have been more appropriate for her to have castigated her father for bringing up a daughter who was out to destroy the legacy and the party he formed. Chandrika, nor anyone else, nor any political party or leader, has so far been able to turn back the irrevocable political tidal wave that was ushered in by SWRD in 1956. They all had to acquiesce and go along with it. Even the great promoter of liberalization, JRJ had to present his diabolical plans wrapped up in that sanctimonious cultural garb, ‘dharmista samajaya’. It is not surprising that Chandrika has had to end her political career having earned an odious sobriquet.

Dr. De Mel praises Lee Kwan Yew for making English the national language of Singapore. To push a pidgin English down the throat of a servile deracinated ethnic group cannot be such a feat for a dictator. Does she imply that we should do the same? To push the same pidgin English down the throats of 75 % of our people who are rural would need a dictator more powerful than LKY.

There is a much easier way of making our country a Singapore. That is to reduce our forest cover to that of Singapore – 3%. This may sound as a fantasy but the way we are getting about, destroying our forests, encroaching on Sinharaja, building hotels and restaurants and tanks and finally implementing those suicidal proposals of the MCC, it may well become a realty in days to come. The English educated lobby’s fantasy too may become a reality.