Dr Sathis Jayasinghe – The visionary who created a 1000 doctors 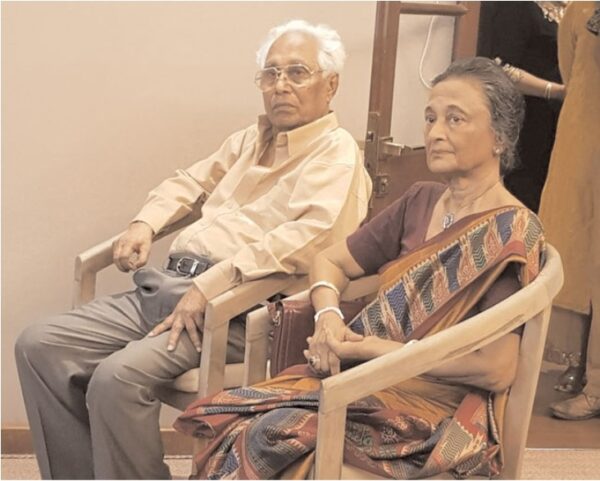 Dr. Sathis Jayasinghe, the much-respected general practitioner, beloved by the people of Wattala was snatched away by the cruel Covid -19 in August 2021 after a distinguished and eventful life of 93 years.

Dr. Jayasinghe will be best remembered for generations to come for the important role he played in the conceptualising and spearheading of the North Colombo Medical College (NCMC) project, which was the first private medical college in Sri Lanka. He along with a group of mavericks that included Drs N G Heennilame, Dennis Aloysius, Walter Gunaratne, Shelton Cabraal and Dr. Willie Ratnavale had the audacity to dream the unthinkable, setting up of a fee levying medical school.

This was a boon to many students who yearned to become doctors but had lost the race at the Advanced Level examination as it was a monumental hurdle to clear. The medical school was set up in Talagolla, Ragama on a piece of land and a dilapidated building granted by the Government. As the proverbial Phoenix rising from the ashes a modern medical school materialised from the derelict building and the surrounding desolate land due to the determination and hard work of these Founding Fathers.

The NCMC helped to realise the lifelong ambition of becoming doctors for 1,000 youngsters who presently serve humanity in Sri Lanka and all over the world as leading medical professionals. It is for this gift of love that we the alumni of NCMC will forever remember Dr Jayasinghe and the others with warmth and gratitude. After eight batches of students graduated through the hallowed portals of this educational institution and after much controversy and heartache, the NCMC was nationalised and metamorphosed into the Kelaniya Medical Faculty.

Dr. Jayasinghe was born on July 9, 1923, to Benjamin and Harriet Jayasinghe. After graduating from the Colombo Medical College, he served rural Ceylon before joining, the Lady Ridgway Hospital to pursue his ambition of becoming a paediatrician. After completing his local training, Dr. Jayasinghe sailed to the United Kingdom for further training at the Great Ormond Street Children’s Hospital, London.

Accomplishing his required training along with the Diploma in Child Health (DCH) qualification he returned and set up a general practice in Wattala. His practice grew from strength to strength due to his kindness, medical acumen and his healing touch –‘’Ath Gune’’! His reputation spread far and wide, that patients flocked to his surgery not only from Wattala but from adjacent areas as well.

One of his grieving patients informed that the beloved doctor was no more remembered he had treated four generations of his family. Another recalled how his little daughter, always carried ‘Delta’ toffees to pay ‘Doctor Uncle’ and he lamented that it was ironic the good doctor succumbed to the Delta variant of the Covid-19.

His patients considered him not only as their family physician but also as a close confidant for advice and guidance. In addition, he treated the inmates of Preethipura Children’s Home and Nayaka Kanda Elder’s Home pro bono.

Young Sathis married Rohini Sirimanne of Narawelketiya Walauwa, Elpitiya who was always by his side until she predeceased him last year. After Dr. Jayasinghe was appointed as the personal physician to President J R Jayawardene they trotted the globe as members of the presidential entourage and met prominent world leaders such as President Reagan, Indira Gandhi, General Zia Ul Haq, Emperor Hirohitho, Fidel Castro and His Holiness Pope John Paul.

It is with deep affection that I recall Dr and Mrs Jayasinghe graciously hosting us students when we visited them to sing Christmas carols and Vesak Bhakthi Gee. We especially sang with gusto at the Jayasinghe’s as we were certain that a hearty meal would await us. Piyal, their son would join the orchestra playing his tabla bringing much joy to the doting father. Once we concluded our repertoire, Dr Jayasinghe would request us to sing his favourite golden oldies like ‘Olu pipila’ and C T Fernando’s songs. These are the wonderful memories that we shall always cherish.

We would like to convey our condolences to Rohan, Anomi, Piyal and Dilika who cared for their beloved father until the very end.

Dear Sir, may your journey through Samsara be short and smooth and may you attain the supreme bliss of Nirvana.