Dr Gamini Goonetilleke: Experiences of being a surgeon in a war zone – by Muqaddasa Wahid 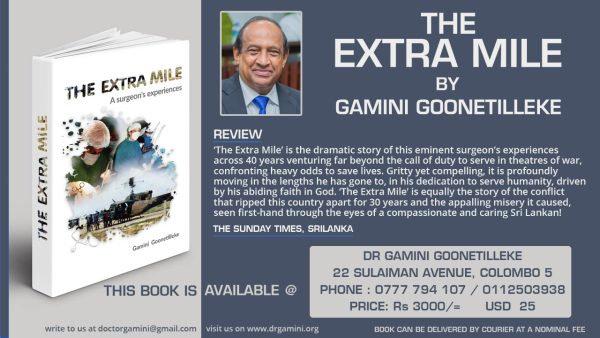 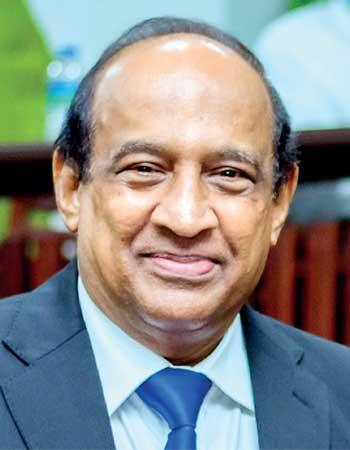 How would it feel to be the only surgeon for a population of 260,000 people? How would it feel to be a surgeon who had access to only a X-ray machine and no monitors to monitor a vitals of a patient under anesthesia? How would it feel to be a surgeon who has no house officers or a junior doctor? How would it feel to be a surgeon who had to play multiple roles? Fresh out of the UK, after qualifying as a Fellow of the Royal College of Surgeons of England, Dr Gamini Goonetilleke found himself in Polonnaruwa Base Hospital, which was a hospital with the minimum basic facilities and limited staff. Polonnaruwa, situated 240km from the capital Colombo was a place where most doctors did not want to go and work in, because at the time it was considered as a ‘rural’ area. “Most of my friends would say that Gamini had gone on a punishment  transfer,” recalled Dr Goonetilleke. Having been a surgeon for 40 years and having worked during a period of heightened conflict during the civil war, Dr Goonetilleke documented his experiences in his second book ‘The Extra Mile: A Surgeon’s Experiences’ which will be launched on April 7 at the College of Surgeons of Sri Lanka.

“For me, it did not matter who the patient was; what their race or religion was or the community they belonged to me. A patient is always a patient to me and I only wanted to heal them.”

The only surgeon in Polonnaruwa

Polonnaruwa was Dr Goonetilleke’s first outstation posting even though he had worked for five years in Sri Lanka prior to him going to the UK. “After qualifying as a doctor in 1973, I worked in Colombo for five years prior to going to the UK to qualify as a surgeon. After returning in 1981, I had to go work outstation as per the requirements and I was posted to Polonnaruwa. Initially, was reluctant to go but I anyway went there,” he shared, adding that it was a stark contrast to his previous place of work, a hospital in Manchester, UK which was well-equipped and had enough staff.

Despite the lack of facilities and staff, Dr Goonetilleke rose to the occasion and used the basic principle learnt in medical school to diagnose his patients. “I had learnt that if you talk to the patient and build a strong relationship with the patient, and then conduct a thorough physical examination, further enhancing the relationship, then you can easily find out what’s wrong with the patient.”

In Polonnaruwa, being the only surgeon, he came across a wide variety of illnesses, some of which, he hadn’t even heard of before. “Most of the patients were poor farmers and because of the wide range of illnesses, I learnt a lot and was able to gain a lot of experience. I stayed beyond the stipulated four years as I was interested in gaining further experience,” shared Dr Goonetilleke, who went on to work at the Polonnaruwa Base Hospital for 6.5 years. Throughout his stay there, he was the only surgeon.

The Civil War: From a Surgeon’s Perspective

In 1983, the civil war broke out in the Northern Province, however it would soon spread to the Eastern Province and also affect the neighbouring areas. Polonnaruwa bordered Batticaloa, Trincomalee and Ampara, so it wasn’t before long when Dr Goonetilleke had to witness and treat those injured because of the war. “One morning in July 1985, a landmine in Punani exploded when an army jeep carrying six soldiers passed over it. They were brought to the hospital I was working at. Three were dead on admission and I treated the others. It was nothing like I had ever seen or experienced before, but I knew I had to save their lives. So I did the best I could do,” reminisced Dr Goonetilleke.

Even though there were hospitals in the Northern and Eastern provinces, the soldiers could not get treated in hospitals in the LTTE controlled area due to security reasons, so the next closest hospital was the Polonnaruwa Base Hospital that Dr Goonetilleke worked at. Therefore, he had to treat many civilians and soldiers injured by the war.

He shared that at the beginning of the war, the country did not have a system to deal with the war injured but at the hospital, they were able to devise a system. “War related injuries were different from the civil injuries we see in a non-war situation. War injuries were caused by high velocity weapons and I had not learnt of these before. Also the techniques used in war surgery is different to the techniques used in other surgeries. So, I had to read up on journals and medical books, looking up at the treatments followed during the second world war, wars in Korea, Vietnam and Angola.” At the time, the internet was not around nor was there a library close to his place of work so Dr Goonetilleke had to travel to Colombo to reference these materials. And he took his learnings back to his staff at the hospital, sharing knowledge and training them to be able to treat war injuries in an organized manner.
Dr Goonetilleke also began documenting his work and took photos of the patients before and after the surgical procedures. It is that documentation and photos he had used in the writing of his book. 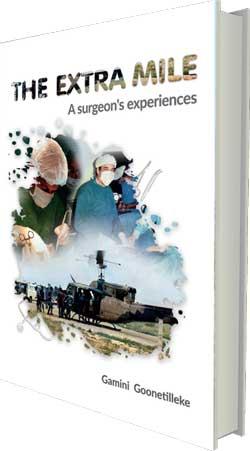 He also volunteered as a volunteer surgeon to treat the soldiers in Palaly Base Hospital at the Palaly High Security Zone. He was also the first Sinhala doctor to enter the LTTE controlled areas in Jaffna in 12 years, when he visited in 1994 as an external examiner for the final MBBS exam of the Jaffna University medical students. Recalling his experiences in Jaffna, he shared that since the LTTE leader was notified of his presence in Jaffna and of his reason for being there – he did not face any issues during his stay. “I was invited as an external examiner by my friend, the only surgeon in the Jaffna peninsula at the time, Dr M. Ganesratnam and he had informed ‘Supremo’, which was how they addressed the LTTE leader. Initially, I did have qualms of my safety in a rebel–controlled territory as a Sinhalese man from the South who did not speak or understand Tamil at all. But, after spending a few days in Jaffna, I felt safe enough to travel around on my own,” shared Dr Goonetilleke.

I only wanted to heal people

Despite working in a war zone, Dr Goonetilleke had not faced any issue or threats from either side of the war. He believed that it was due to him only doing his job of serving the people by healing them. “For me, it did not matter who the patient was; what their race or religion was or the community they belonged to. A patient is always a patient to me and I only wanted to heal them.”

Drawing from his experiences, he shared that for every doctor, the patients has to come first. “When you practice, don’t complain of what is lacking. Do practice with what you have, and work to the best of your ability. Develop your clinical skills instead of depending on high tech machines. Also develop a close relationship with your patients. Our duty as doctors is to not just treat the patients, it is also important to ensure they are able to enter the society and serve the society. Money is secondary, healing and relieving the suffering of patients is what we must do,” he shared.