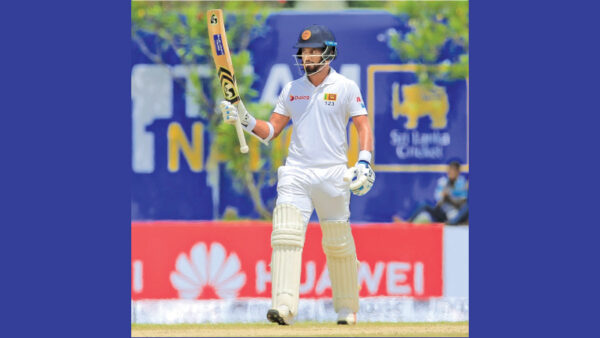 Yorkshire has signed up Sri Lanka Test skipper Dimuth Karunaratne for the forthcoming county cricket season. The 33-year-old left-hand opener Karunaratne is expected to play four matches before joining the Sri Lanka team in Bangladesh. This will be the Karunaratne’s debut county season.

Last year in February 2021 Karunaratne got the opportunity to play for Nottinghamshire but the chance has been lost due to visa clearance issues and the health protocols due to the COVID-19 pandemic.

This will be his first county stint and Sri Lanka Cricket has given him the No Objection Certificate to travel to England, and he is expected to leave the country on April 10.

Dimuth Karunaratne scored 5620 runs with 14 centuries averaging 39.5 presently ranks 6th in the ICC Test ranking. With 756 runs to his name in Tests in 2021, Karunaratne has been one of the most successful Test openers in recent times

Karunaratne was the third-highest run-scorer in the Test format last year. The consistent run maker Karunaratne was also nominated for the ICC Test Cricketer of the Year award in 2021.

“It has always been my dream to play in the County Championship said Dimuth Karunaratne. He always has some milestones in his Test career and is very keen to learn from each game and county cricket is a new experience for the Sri Lanka Captain.

Meanwhile, the paceman Suranga Lakmal is the only other Sri Lankan who will play county cricket this season. He has been signed by Derbyshire following his retirement from international cricket.