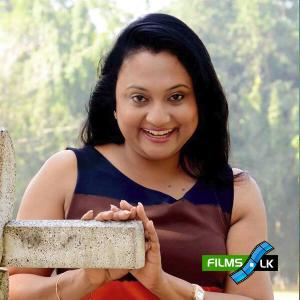 Sedhavi Mudiyanselage Damitha Buddhini  Abeyratne Bandara as a reputed actress possess the following specific qualities.she interprets her characters’ feelings and motives is order to successfully portray the characters in the most compelling manner.She possesses memorization skills, persistence,physical stamina, and speaking skills in abundance.

Damitha Abeyratne as  popularly known was born September 14, 1975 is a Sri Lankan film teledrama and stage actress who had commenced acting when she was only eight years ago having been awarded many awards as Signis OCIC,Swarna Sanka, Presidential film ,Sarasaviya,Sumathi ,international film,Raigam Tele’es, Tamil Nadu International film awards some many times during a short span in her acting career.She had also won awards for her dramatic roles in Dandubasnamaya.

She had schooled at Samudradevi Balika Vidyalaya Nugegoda and St.Paul’s Milagiriya  for her primary and secondary education. In year 1987, Damitha had made her acting debut as an eight-year-old in the teledrama Passe Gena Manamali and later appeared in her first film Meeharaka directed by I. Hewawasam in 1993 when she was fourteen years old.. However, she had played a significant role with Inoka Sathyangani’s film Sulang Kirilli in year 2003  She had also was also won awards for the dramatic roles of Dandubasnamanaya television series and Mee Haraka film.

In year 2013,her  fellow actress Semini Iddamalgoda sued  Damitha in courts demanding for Rs 50 million having allegedly defamed her during an interview with a Ran FM radio channel on January 13th,year 2013. In year 2014, Damitha Abeyratne demanded Rs. 100 million as damages from Iddamalgoda for allegedly defaming her. The case was taken at the Colombo District Court on 24th February 2014.[ On 14th  October 2014, both withdrew their civil suits.

Damitha is an accomplished vocalist. Perhaps as she is busy with her acting career she has not prolonged a career in signing.However she is invited to many chat programs in all television channels where she impresses as a quality singer.She had travelled to many countries mainly to middle eastern countries to take part in music concerts, she is also invited locally.

She had been known Lendi Johnson for eighteen years as a close friend when the friendship had turned to a  love affair.Damitha had been waiting for eighteen long years to have a wedding which was her dream. Unfortunately though she had dressed as a bride in many teledrama characters the dream could not be fulfilled.She and Lendi who had been working in Dubai though wished to take a wedding had dropped the idea as the duo did not want to miss a single name.But as it was impossible for Damitha to arrange, four youngsters Priyantha,Lalith,Malith and Prasanna had made the attires of the duo has taken many photos and other arrangements for a quiet wedding in the year 2021.For volunteering to help in this manner Damitha extended her immense gratitude to the foursome.

All her fans would no doubt wish Damitha the best for the future hoping she would continue her impressive work in the same vein.