CSE upbeat on the election of Ranil Wickremesinghe to presidency-By Hiran H. Senewiratne 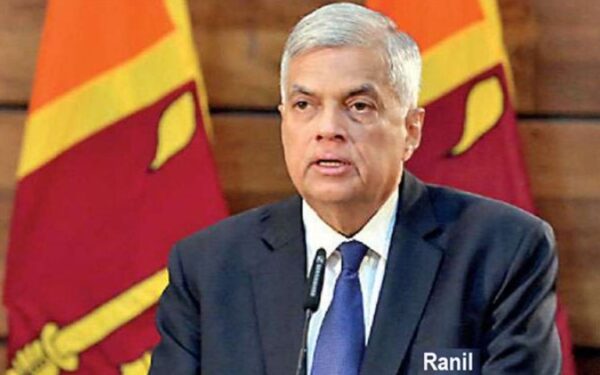 The CSE remained upbeat yesterday after a crucial Parliamentary vote which elected Ranil Wickremesinghe as the country’s new President. During the trading period, the All -Share Price Index moved up to 100 points and later settled down at 67.96 points, stock market analysts said.

From 1st July to date, the foreign outflow reached more than Rs 365 million, which was a positive scenario in the market. Both indices gained by 1.5 per cent, while turnover remained over Rs. 1 billion for the third consecutive session, market analysts said.

Market activities and the foreign inflow were positive because local and foreign investors seem assured that the IMF bail-out is going to come with the electing of the new President yesterday. Amid those developments both indices moved upwards. All Share Price Index went up by 67.96 points and S and P SL20 rose by 7.2 points. Turnover stood at Rs 1.3 billion with two crossings. Those crossings were reported in Melstacorp, which crossed 4.6 million shares to the tune of Rs 190 million; its shares traded at Rs 41 and JKH 1.4 million share volumes changed hands at Rs 169.4 million; its shares traded at Rs 121.

It issaid high net worth and institutional investor participation was noted in Melstacorp. Mixed interest was observed in Expolanka Holdings, Lanka IOC and Hayleys, while retail interest was noted in Browns Investments, Kotagala Plantations and ACME Printing & Packaging (rights).

Yesterday, the Central Bank announced the daily dollar buying rate as Rs 358.53 and the selling price as Rs 368.90.