With the compliments of Dian Abeywardene & Lesley Manickam, thanks to both the above gentlemen, here is a subject that is very much more appreciated than most.

The Umpires are on the ground, so let’s get going. 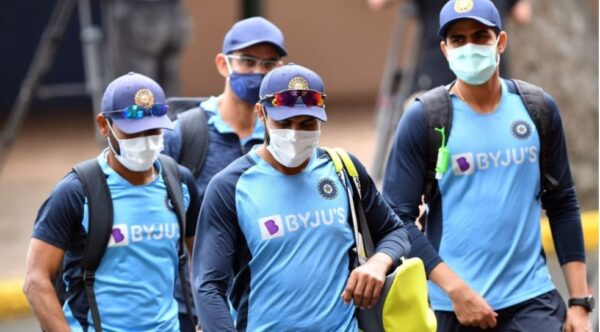 INDIA continued to stamp their prowess as a ‘Cricket power house’ bowling out the Founders of the game of Cricket ,England in the second Innings of the second Test, in under two sessions of play on day five.

An outstanding feat by India to register their third Victory at The Lords Cricket Ground considered the ‘cradle’ of Cricket.

India was brash, boastful, arrogant and oozing with the pride of an infamous victory humbling the DOYEN’s of Cricket in their home territory.

The Commentators were howling in ‘tongues’ the Hindi, Tamil and Bengali were singing melodies whilst Sunil Gavaskar, Sanjay Manjrekar, Ajit Agarkar and Ajay Jadeja were solemnly elated with the pride of performance. So much so that the 4 fast-Medium Pace attack of India was compared to the continuous battery of 4 genuine fast to Fast/medium Pace Bowlers of the West Indies from the early 1960’s to the recent times. And Sunny said assuredly, “these 4 Pacies are not far behind in pace but their variations with experience of IPL makes them deadly.” In the comfort of the Kent Extraa Innings, the graceful diplomacy of Harsha Bogle is lauded for his soft tone and gentle nudges without adding too much insult to injury was sobering. Polly (Shaun Pollock) sat as if a “Cat among the pigeons” – looking strong but not knowing whether to agree in full –‘to say or not to say’, to run or fly away???

YES!!! India played New Zealand in the Test Championship Final and lost out. YES!!!! They have a point to prove. YES!!!!!! INDIA bowled out England on the final day of the second test for just 120 runs in 51.5 Overs and YES INDIA Leads 1 up in the Five Test Series. BUT…

The big BUT is to take a few statements from the Expert comments of Sanjay Majnrekar and Sunny Gavaskar “England lost the plot when the English Bowlers attacked Bumrah and Shami with bouncers between 11.30 and 12.30 as a response to what Bumrah did to Anderson on Day 3”. Bumrah was a different person after he got hit on his head and he took up the challenge and both Shami & Bumrah batted brilliantly”. “England bowlers should have tried to take the wickets of the tail enders and not try to intimidate them”.

BUT, let’s roll back the dice to the beginnings of Cricket. It was essentially a Sport played by Gentlemen, dressed in white flannels, wielding the willow to score runs whilst the ball tried

to beat the bat and strike the wicket down! Ten fielders were vigilant to stop the flow of runs while the two batters tried their best to score against the valiant bowlers of pace and spin.

The Sport would encourage fellowship among players, camaraderie amongst players playing for their respective Country, competition to win would create rivalry and after all is done and dusted the Club House Bar would be the Mortuary to discuss the if’s and but’s, the missed and dropped chances, the lucky breaks etc; late in to the early hours of the next day, BUT all in the spirit of the game of CRICKET the Gentlemen’s game.

Thus, then, who has lost the plot? India Won BUT the way they achieved the victory was a far stones’ throw of playing Cricket in the spirit of the game as a ‘Gentlemen’s game’.

Which respected fast bowler from the West Indies or even Australia or England, New Zealand, Pakistan or even India ever before in the history of the game bowled a lethal over of more than six balls including No Balls to a number 11 batsman comprising a barrage of bouncers and body blows that Jasprit Bumrah bowled to James Anderson??? Was it Bumrah’s own will and seeking to do so? Did Virat Kohli as Captain tell him to do so? OR did Kohli advise to cool it??? These are all unanswered questions. Does it seem that since Kohli is badly out of form he has to ‘Win’ the match or series as Captain to keep his place and therefore, would do anything to win?? It certainly looked like it- the way Kohli reacted and his face talk and body language thanks to the camera footage. And what do the experts say “Kohli’s energy and power can light up a City” BUT when the English pace bowlers bowled a few sporadic bouncers not all in one over of more than six balls to Bumrah and Shami – England lost the plot by going after revenge????

In the 50’s, 60’s and early 70’s, there were no helmets, no chest pads, but Windies bowled fast and their battery went at Keith Stackpole and his opening partner to mention one such occasion, repeatedly giving them body blows, but each time the batsman would roll in pain some of the Windies, the bowler, the Captain and the Keeper would come and check the Batter out and give him a tap on the back and get back to the game without vengeance or revenge. The Windies real ‘Quicks’ Wes Hall, Charlie Griffith, Curtley Ambrose, Joel Garner, Courtney Walsh, Andy Roberts, Michael Holding, Malcolm Marshall, Colin Croft, Ian Bishop bowled real quick. The Aussies Fast Bowlers not far behind Ray Lindwall, Dennis Lillee, Jeff Thompson, Peter Siddle, Jason Gillespie, Glen Mcgrath, to name a few, clocked up to 160 miles per hour, but bowled in the spirit of the game!!!

In contrast the Indian pacies Bumrah and Siraj in particular continued the street -fighting attitude attacking the Batsman staring him down and trying to browbeat the batter. Siraj after taking 2 wickets in consecutive balls hits Robinson the number 9 batsman plum in his chest and stares and walks past him with a stare to kill!! That frame you could see over and over again and you will find that is how the street fighting fantasies created by WWF for the Indian viewers day-in day-out is doing.

Awake from your slumber India, open your eye to ‘sportsmanship’ ‘goodwill’ and camaraderie. By all means play hard BUT don’t lose the plot by teaching your young kids in the school of Cricket that when they grow-up, they should behave like Bumrah, Siraj and KOHLI???? Attitude differs from arrogance and brashness.

Consider the great example of Mahendra Singh Dhoni, and exemplary Captain, Ambassador and complete Cricketer who led India as a gentleman, and never glowed and cawed when he won, he always respected the losing side and he would say humbly “we were better on the day”.

MS brought India Victories and MS also won the hearts of Cricket lovers all over the world even when they were in the opposing team. It is wondered what did Kohli learn from DHONI? Doesn’t seem much? Strategy is by no means street fighting, winning is not everything, there is nothing bigger than the game – Cricket should remain as a Gentlemen Sport.

Match Winning performances cannot be compared with brash, disrespectful, unsportsmanlike behavior which reflects upon your country, the stature and respect you would like your country to have – does the whole of India ever care?

INDIA think again! Who has lost the plot of CRICKET???