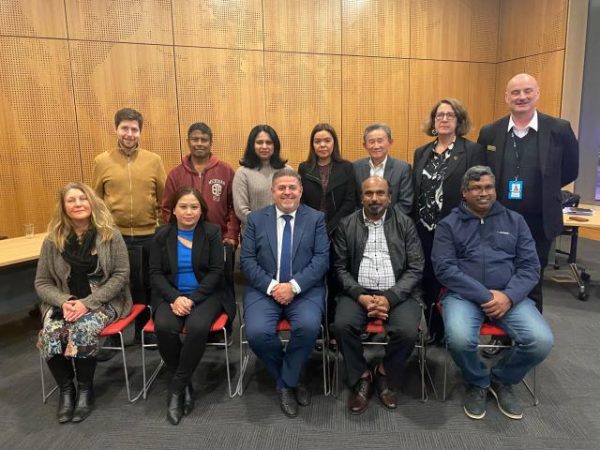 At a meeting on Monday 11 July, the council decided to write to the Federal Government requesting that Australia protects Sri Lankans in Australia and provides humanitarian aid.

The money being requested would go directly to the people, with Australia one of several countries being called upon by the United Nations to assist the situation.

Seven out of the nine councillors in attendance agreed that Australia should grant Sri Lankans humanitarian refugee status immediately, more than the annual quota; not send Sri Lankans back to their homeland; and, ensure the aid addresses the fuel and food shortages.

“The situation is dire and getting worse by the day,” Councillor Rhonda Garad said.

However, Liberal councillors Tim Dark and Bob Milkovic both opposed the motion.

Cr Dark acknowledged the difficulties that Sri Lanka currently face, but could not support something so vague.

“I find it to be loaded in the way that it doesn’t go to actually specifically tie us to any commitment or to any support,” Cr Dark said.

He added that there was a lack of clarity around certain wordings, opening it up to interpretation and meaning the council would be supporting a “very grey area”.

“It is less about actually directly helping the people that are there and providing an instant capital injection of funds; and more about whether they should or shouldn’t be deported and should or shouldn’t be given a refugee visa to come to Australia and that is the reason I at this stage will not be supporting this motion.”

There were several Sri Lankan Australians in the gallery, including Meha Sivarasa, whose uncle Navaratnam is currently living in the family’s home country.

He suffers from a heart condition and given the strain on the health system, Ms Sivarasa holds concerns for his health, but the family speak regularly.

Navaratnam is running out of medication and cannot get medical appointments due to the lack of fuel.

Like everyone else in Sri Lanka, Ms Sivarasa’s family is forced to do all their tasks in a short period when they have access to electricity.

“I was emotional when Rhonda was speaking and I’m really glad she highlighted the funds being sent to Sri Lanka was not (going) directly sent to people in need, so it is very important to help people and ensure it reaches them,” she said.

“It’s really hard to express but it means the world to me – if anything can come out of this, I would be extremely happy. I know it is the least we can do but it is important we do something.”

A Department of Home Affairs spokesperson said Australia’s offshore humanitarian program was designed to assist people fleeing their home country because of persecution, severe human rights abuses and no option to return or resettle in another country.

Priority is given to the “most vulnerable” identified as refugees by the United Nations High Commissioner for Refugees and referred to Australia for resettlement, the spokesperson stated.

The program has also flexibly responded in the past, including to crises in Afghanistan and Ukraine in the past year.

At a press conference in Sri Lanka, she said people smugglers were “telling lies to vulnerable Sri Lankans” about Australia’s border protection policies.

“I have a very clear message: Australia’s border protection policies have not changed. If you try to come to Australia by boat, you will not make it.

“You will be intercepted, you will be sent back to Sri Lanka, and you will probably have lost thousands of dollars in the process and your fishing vessel – the livelihood of your family.

“We have had now a number of people attempt to make this journey from Sri Lanka to Australia, and I can tell you directly: all of those people are now back in Sri Lanka.”

On 20 June, the government also announced $50 million in aid – including $22 million to the World Food Programme to feed three million people in Sri Lanka.