Connection Between Richness & Happiness – Are They Synonymous? – by Noor Rahim 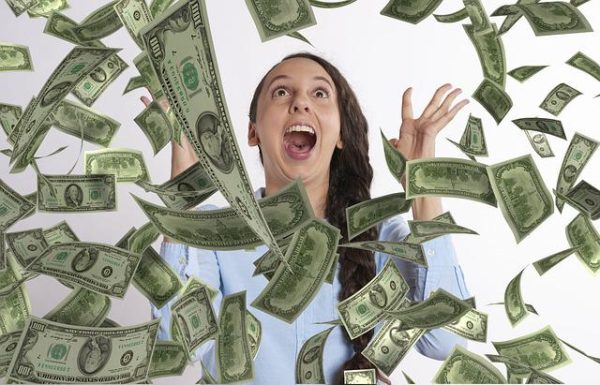 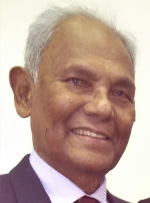 Richness is a much valued and sought after ambition or aim in a person’s life; no doubt. Some inherit and yet others emulate and achieve; but the basic “Richness & Associated Happiness” is ingrained in you at the time of Birth. Bubbling with Joy and conveying such “Richness in Happiness” to the Parents; Families and their close associates, is what it is.  As a person gets older and grows up in this materialistic World; the quest for “materialistic objectives” comes to the fore in a vast majority of the folks. After all many take on the notion that “wealth brings happiness”. If a person believes in this notion it is best that they dig into their inner self and judge for themselves; if “wealth really brings happiness”. To balance this equation one must also think of “Richness” in a “Spiritual sense of the word”. You may no doubt find a close connection between the two types of “richness”; but it would depend on how you disburse your “richness” – be it “Materialistic” or “Spiritual”.

To understand the difference between “Richness” and “Happiness” it is best to start off by knowing the definitions of these two iconic words; that in a way surely rules our very lives,

Dictionaries define “Richness” as Wealth/Wealthy/Owning Property & Monetary Wealth. In other words well supplied with means to sustain life and yielding in abundance.

On the other hand “Happiness” is defined as having or showing or causing great pleasure or joy.

They both lead to contentment; but we can only surmise that it leads to “happiness’. However, the question will always arise as to how “Richness” leads to “Happiness”; and could remain within (self-containment) or spread among other human beings with the much anticipated and expected “love for each other”? – as aptly propagated by all Spiritual Faiths and advocated as sharing the “milk of human kindness” among fellow human beings; and the tender care of all Natures creations that go to make a World well worth living in. This brings to mind another well and closely connected word with “Richness & Happiness”. “Charity” which is generosity and love for underprivileged human beings or for folks undergoing hard times due to unforeseen circumstances. It is in reality a “dual” purpose act of “happiness” in giving and receiving. By giving to the needy in whatever you can afford does not make you necessarily poorer; nor will it make the recipient richer. But it will certainly emanate so much of happiness that money cannot really buy. Just sit back and imagine the feelings of a starving person that is given the crust of a loaf of bread or a thirsty person a “sip” of water. Now wouldn’t it give the person such relief and sigh of happiness? But I’m certain you rather give the person a whole loaf of bread or more and a beverage to go with it – For this is a direct donation/connection between you and the recipient. The feelings will be so mutual and rich in happiness and self-satisfaction. However if you give your monetary donation to a Registered Charity – will the recipient receive the whole loaf or a portion of it? Of course such Charities will have “overheads” to contend with; which is a reality. But I have come across few Charities which do disburse the whole loaf or very significant portion of it. Hence be the “silent donor” or “remain anonymous” and do what you consider is right for you.

There is also another category of imparting “Richness and Happiness” and it is called “Charity with Dignity”. Yes! How often have you given thought that there are too many folks who strive hard to eke out a decent living for themselves and their children and hence you find them doing more than one job to meet their family requirements/needs. They must surely be regarded as dignified. Most work in the “service” industry; yet how many would give them a decent additional remuneration for the services they have provided you – be it at a Restaurant or Hair Dresser or even at Dances & Galas in large Banquet Halls/ Hotels; just to mention a few of the places of employment. To really experience these disparities one must go to the high-end facilities where the prices are twice or more than that of the lower end. See for one-self how one spends with a flourish and tops it off with a great show of “richness” with a hefty embellishment of the bill (a tip to be more precise); and compare with a visit at the end of the spectrum when the almost exact amount is paid in Dollars; with the remaining “coins” being left on the plate. These are the servers who are trying to eke out a living (for heaven’s sake). Whither charity? Is it a case of showcasing one’s richness to the affluent at one end and then giving the crumbs to the servers at the lower end of the spectrum. Always think of the “Dignity of Labour”; as both do the same function; perhaps one in a smart uniform and the other in shirt & jeans. Always remember that when you remunerate a person for their services you doing so to the concept of “Charity with Dignity”. The same is true when one “haggles” with a poor street vendor or small “mom & Pop” shop by a family struggling to keep their “home fires” burning; but will think nothing of paying the listed price gladly when they shop at higher end Corporate run shops/stores.

In conclusion one must also address those “Professional Beggars”; who haunt the Traffic Lights with boards and placards indicating their plight – whole families at that; standing on either side of the lights – just to give you an inkling of such activities; for I seriously think that is just a façade to make a “Tax Free” income. But there is always the exception; and it would be a judgement call on the donor.

No matter what you do – do not forget the Teachings of Spiritual Faiths that profess the sharing of the “Milk of Human Kindness”. For always do remember that you are not going to take the materialistic wealth with you when you have your final journey. Unless you are following the Ancient Pharaohs who heaped their wealth around them when entombed in the Pyramids; with the hope that they could use it in the Hereafter.

But remember the cardinal principle in life – Charity begins at home. A smile and charitable giving within your means will surely bring happiness to the needy; and the gratitude of the recipient that will last you until “We do return”.