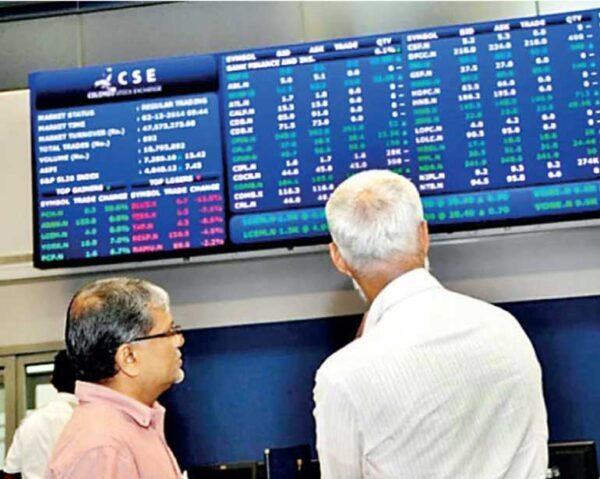 Turnover yesterday shot up to Rs. 16.5 billion, highest since 1 February this year. During the week, turnover averaged Rs. 11 billion.

First Capital said Bourse continued to exhibit a bull run for the fifth consecutive day by successfully settling in the green territory and surpassing yesterday’s all-time index high, while registering a new record high turnover of almost seven months. Index began trading on a bullish note, gaining 143 points within the initial minutes of trading but subsequently succumbed to selling pressure during mid-day, displaying a downtrend, followed by a sideways movement, closing at 8,931, gaining 11 points. Turnover was boosted by high retail participation.

Asia Securities said following the sharp gains recorded over the week, market witnessed profit taking during the session yesterday as the ASPI declined after crossing of 9,000 levels, weighed by price losses in CLC, however it managed to close the session in green, supported by price gains in BIL and LOLC.

“With a strong gap-up of 144 points, the ASPI surpassed the 9,000 mark and touched an intra-day high of 9,064 within the first few minutes of trading, however snapped most of its early gains and gradually declined to a low of 8,899 (-165 points) as investors began realising gains on EXPO which posted a 20% gain on Thursday,” Asia said.

It also said the index gained momentum during the afternoon session with retail and HNI buying interest shifting to BIL, LOLC and DIPD and gained 32 points to close at 8,931. BIL and LOLC dominated the ASPI’s movement, collectively contributing 110 points, offsetting a -73 contribution from CIC to the index. Turnover was recorded at a new six-month high, surpassing the level recorded on Monday, driven by activity in EXPO, BIL, HAYL and DIPD.

Foreigners recorded a net inflow of Rs. 12.4 million while their participation declined to 0.7% of turnover (previous day 2.3%). Net foreign buying topped in LOFC at Rs. 28.4 million and net selling topped in DIAL at Rs. 15.6 million.

NDB Securities said the ASPI edged up as a result of price gains in counters, such as Browns Investments, LOLC Holdings, and Hayleys.