Colombo stock market returns to past glory as investors get bullish 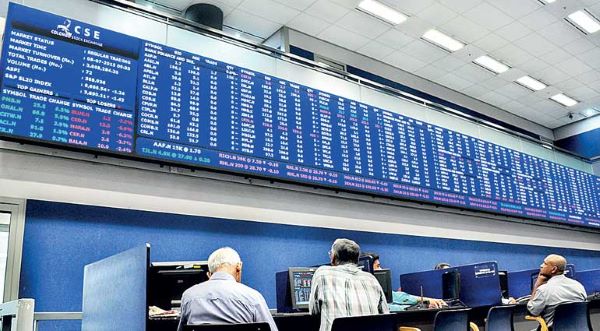 The Colombo stock market yesterday lived up to its true expectations or relived past glory generating over Rs. 6 billion turnover with strong investor play pushing indices up.

The Colombo bourse however continued to suffer from aggravated net foreign selling with Rs. 1 billion for the second consecutive market day thereby propelling the year-to-date figure to surpass Rs. 32 billion. This reaffirmed the Daily FT assertion that billions in net outflow is happening in a matter of days. In July so far, the net outflow is a staggering Rs. 5.58 billion.

First Capital said the bourse reinstated its position in the green zone with ASPI crossing the 8,000 milestone and recording an index high since five-and-half months while turnover posted a near four-month record high.

“Market spiked within the first minute of trading, gaining 45 points and thereafter, moved laterally till midday, followed by a dip over the next few minutes to 7,968. Subsequently, the index regained its upward momentum for the remainder of the session, reaching an intraday peak at 8,034, before closing at 8,023, while gaining 56 points,” First Capital said.

It said turnover was led by the Transportation sector with Expolanka contributing 40% of turnover, followed by the Capital Goods sector, jointly accounting for 61%.

Asia Securities said following a gap-up opening of 45 points, the ASPI declined to 7,971 level, dragged by losses in NIFL. However, the index rebounded sharply, lifted by gains in EXPO, LOLC and BIL and closed above the psychological level of 8,000.

NDB Securities said the ASPI closed in green as a result of price gains in counters such as Expolanka Holdings, LOLC Holdings and Browns Investments.

The Transportation sector was the top contributor to the market turnover (due to Expolanka Holdings) whilst the sector index gained 15.15%. The share price of Expolanka Holdings increased by Rs. 8.30 (15.23%) to close at Rs. 62.80.

The Capital Goods sector was the second highest contributor to the market turnover (due to John Keells Holdings) whilst the sector index increased by 1.62%. The share price of John Keells Holdings gained Rs. 3 (2.16%), closing at Rs. 142 whilst foreign holdings decreased by 3,750,050 shares.