Colombo Lotus Tower and the Case for Transparency – By Rathindra Kuruwita 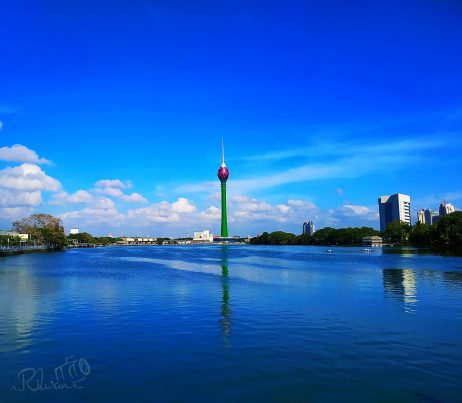 The Colombo Lotus Tower, which was built with Chinese funding, was declared open to the public on September 15, 2022

The project cost Sri Lanka $113 million, maintenance costs are reportedly huge and annual revenue is pegged at present at around $8.2 million. When will it recover its expenditure?

The opening of the Colombo Lotus Tower, South Asia’s tallest structure, to the public on September 15, has revived focus on the nature of Chinese lending practices in Sri Lanka.

Built at an estimated cost of $113 million, the Colombo Lotus Tower project was constructed on an $88 million loan from the EXIM Bank of China, with the Sri Lankan government footing the rest of the costs.

Often portrayed as a symbol of the excesses of the Mahinda Rajapaksa administration, the tower project underscores the importance of transparency in development finance.

Work on the project commenced in 2012 and was plagued by delays. The Rajapaksa administration said that the purpose of the project was to improve Sri Lanka’s telecommunications infrastructure and provide leisure activities for the public.

As of now, the tower is mainly used as a leisure center.

In the first fortnight of its opening to the public, over 100,000 people visited the tower. The average daily income from ticket sales has been around $5,500 and the expected annual revenue is about $8.2 million.

The CEO of the newly-formed Colombo Lotus Tower Management Company Maj. General (retired) Prasad Samarasinghe said that the bulk of this revenue would come from entertainment ventures. A Singaporean company is to start the world’s highest bungee jump in January 2023 and it is expected that 130 jumps will take place per day. Around 17,000 tourists are expected next year for bungee jumping alone.

It should be remembered that initially, the plan was to build the Lotus Tower in Peliyagoda, the border between Colombo and Gampaha districts (Sri Lanka’s most populous districts). However, it was eventually built in downtown Colombo, in an area dedicated to gambling and entertainment. That decision alone should have underscored the fact that the Tower was a part of the Rajapaksa government’s plan for tourism-based economic development.

Given that construction of the tower project has cost Sri Lanka $113 million and maintenance costs “are huge,” as Samarasinghe described to the Indian media without providing figures, and since we do not have enough data on net profits that the Tower will bring in, it does seem that it will take Sri Lanka a long time to recover the expenditure unless the country figures out a way to boost revenue.

As I previous wrote, Chinese lending practices, especially prior to 2018, made projects vulnerable to political capture, corruption, and artificially inflated costs. The Chinese EXIM Bank-funded Lotus Tower was controversial from the beginning because of allegations for these reasons.

During the 2014 presidential election campaign, the opposition Maithripala Sirisena camp used the alleged corruption in Chinese-funded projects to attack the incumbent Mahinda Rajapaksa. The Colombo Lotus Tower figured prominently during the election campaign.

In 2019, then-President Sirisena repeated the same allegations about the Chinese companies involved. Indian commentators insisted that two companies involved in the construction of the tower had connections to China’s People’s Liberation Army (PLA). Meanwhile, a 2019 report by the Auditor General’s Department declared that delays in the construction of the Tower resulted in a revenue loss of over $15 million for the government, which is almost two years of expected revenue from the Lotus Tower. The report highlighted that the delays, for the most part, were the result of corruption and inefficiency on the part of the Sri Lankan stakeholders involved.

However, it is easier to blame China than to blame Sri Lanka’s political and business leadership. Although the Auditor General had obtained a financial feasibility report from a top Sri Lankan university about the predicted income of the Tower, this had not been widely circulated. The same university was also involved in the Tower’s design and construction.

Perhaps it is time now for an independent institution to conduct a fresh financial feasibility report, giving Sri Lankans the opportunity to draw a clearer picture of the financial viability of the Tower. As it is, the Tower as well as other Chinese-funded projects in Sri Lanka are being used for political propaganda purposes.

Transparency on development aid will do wonders for China’s credibility in Sri Lanka. It is vital for improving project outcomes. A 2020 study by Johns Hopkins SAIS professor, Dan Honig, found that projects carried out by aid agencies and development banks that had better access to information policies and institutions performed substantially better.

The lack of transparency in Chinese-funded projects is one of the main reasons why it has been easy for its critics to scapegoat China for everything from corruption to the sovereign debt crisis. As China tries to multi-lateralize the Belt and Road Initiative by attracting collaborators from among OECD countries, perhaps it is time it adopts more transparent lending practices, so that corrupt political dynasties are not able to misuse its funding.