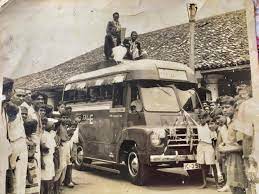 The first four mentioned had the task of performing all duties in connection with the tournament.  The livewire behind the whole organisation was the human dynamo and hockey great of Matale, Mr. George Mant.

The championships opened with a blaze of glory and colour.  The many thousands of men, women, school boys and school girls will not forget the spectacle they witnessed.  The organisation, the magnificent opening ceremony, the likeness of which was never before seen in any sporting event, held in the district.

The Police Band was in attendance, amidst the splendour of colour, march past of the teams and the release of pigeons.

The opening match at Edward Park saw a record crowd of over 5000 in very loud support of the home team.

Neighbours, Kandy D.H.A were no match and were trounced by 7 goals to 1.  The Wijekoon Brothers, International Herbert scored a hat trick which Douglas netted two, and G.H. Jayatissa and Chandrasena collected a goal each. It was a tantalising display of stick work and clever dribbling.

In the Finals, Matale went out as favourites and thousands over thousands came to share the glorious moments of victory that everybody felt was sure to come.

The Ceylon Observer reported ‘Matale tumbled from their hockey pedestal when the less fancied Mercantile H.A. prevailed over them by a solitary goal, scored as a result of a penalty bully in the last few minutes of the game, scored by Mercantile Centre-Forward, Vernon Prins.

The Closing Ceremony was performed by His Excellency the Governor General, Sir Oliver Goonetilleke.

As His Excellency entered the grounds, there was a fly past by the Royal Ceylon Air Force.

I am very thankful to National ‘Cap’ A.J.M. Farook for some of the material provided.  He too was a very capable administrator for many decades.