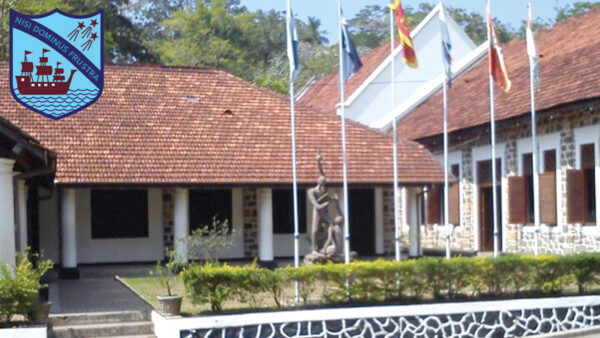 On the eve of its 207th anniversary which fell on July 25, it is a timely and coincidental act to retrace its historic saga and rich heritage.

Richmond College was founded by Rev George Bough of Wesleyan mission of the Methodist Church of England. Initially, it was known as Galle High School and came to be renamed as Richmond College in 1887 after establishing it on Richmond Hill with amalgamation of cluster schools in Galle town. 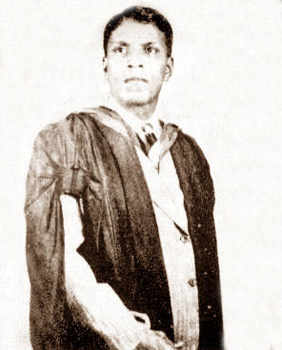 The logo of the college is vividly signified by a ship sailing under the guidance of three stars symbolizing Holy Trinity of Christian faith.

The motto in Latin ‘Nisi Dominus Frusta” denotes ‘except ‘the Lord in vain’ which speaks volumes of missionary schools culture of ancient Ceylon, emphasizing on the sovereignty of the Almighty. The college flag is comprised of three colors, maroon, and electric blue and navy blue in precedence to epitomize the original flag of Portuguese who landed at the point of Galle in 1505.

During the colonial period and aftermath up to 1962, the college’s progress was spearheaded by Reverend missionaries of British fame as Principals. It is noteworthy to mention two of such prominent past principals, Rev J H Darrel and Rev W J T Small who sacrificed their lives under tragic circumstances, the former during a Typhoid pandemic and the latter due to an accident. It was Rev Darrel who inaugurated Richmond- Mahinda Cricket encounter with his counterpart, late F L Woodward of Mahinda College in 1905, both officiating as umpires at this epoch making match. Today, Richmond-Mahinda encounter which is known as ‘Lover’s Quarrel’ is one of the longest standing annual encounters of the world.

Richmond College was magnanimous to name the college four houses in memory of British Principals, Darrel, Sneath, Small and Langdon. The Wesleyan mission had to cede the college in 1962 to the Government as it was made a public school, in line with Government’s policy at that juncture. While the late E R De Silva became the first Ceylonese Principal, the first Buddhist Principal of the college was D G Welikala who was succeeded by a score of strong-willed Principals, consistently upgrading the school to be what it is today.

The college is monumental in every sense as it stands in a picturesque environment abundance with nature spread across a hill with its colonial style buildings adding color to its vibes. Richmond College has undergone many changes in contemporary history. Although the old Methodist Church stands at foothill, the college now has a Buddhist place of worship with a Bo-tree at the top, in adjacent to the Principal’s bungalow and the college grounds. The momentous bell tower facing the serene Buddha statue gives a different feeling of spirituality to the pupils who indulge in studies. The well-preserved hostel and the newly built swimming pool complex with roads cascading down the hill to classrooms is absolutely a treat to watch. Richmond is a foremost school in Sri Lanka of high repute. It has produced many famous figures in the arenas of politics, diplomatic, science, civil administration and literary. The list is too long to encompass the entire alumni. Just to mention some names, Prime Minister Mahinda Rajapakse started his schooling at Richmond. The present legislature is represented by Richmond products in the caliber of Hon. Chamal Rajapakse and Dr Ramesh Pathirana as powerful Cabinet Ministers. The veteran diplomat Prasad Kariyawasam who is the former Foreign Secretary after serving a trail of diplomatic tenures overseas, is a proud Richmondite. Nandasiri Jestuliyana of UN fame is another Richmondite who ascended to a top post in United Nations.

Eminent educationists late Professor Ediriweera Sarathchandra, Professor E F C Ludowyke, H A I Gunatilake and Dr Gamini Haththetuwegama were also proud products of the institution. In the present generation, Gamini Senerath, the Secretary to the Prime Minister Mahinda Rajapaksa and Sujeewa Rajapakse, the Chairman of Peoples’ Bank are also worthy of mention in this respect. Finally, a glowing tribute is due to late Ananda Dias Jayasinghe for his painstaking and meticulous study of historical documents to unearth the missing links in the annals of the college which traced back the date of College’s origination to be on July 25, 1814 as confirmed by Methodist diocese of Sri Lanka. The plaque erected to mark the bi-centenary stands in the college premises proudly today. In commemoration of 207th anniversary, a special service was conducted by Rev Asiri Perera, His Eminent Bishop of Methodist Church of Sri Lanka at the College Methodist Church at 10 am on July 25.