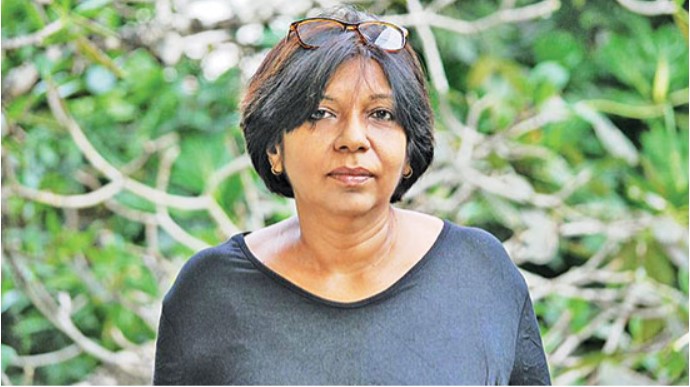 First of all congratulations to Dr Carmel Miranda for winning the 2020 Gratiaen Prize from among five competitive short listed works, two by well-known authors. This should be Carmel’s first published writing – a novel of 262 pages – hence the congratulations are doubly deserved.

Authored by medical doctor Carmel Miranda, ‘Crossmatch’ is a three pronged novel with a medical student’s travails running alongside a murder mystery and a mysterious puzzle about birth. The first two narratives are absorbingly interesting and the kudos due to Carmel are that she weaves them to progress side by side, seamlessly with the medical student vital to the mystery story as it is she who first suspects foul play, both due to her being in the Colombo Hospital where the victim dies and her medical knowledgeability to ask relevant questions and follow leads. Also in typical Sri Lankan fashion the murder mystery unravels due to obliging an aunt to “see my driver’s nephew who met with a road accident and is in hospital

There is a third strand of mystery and its introduction halfway in the book. It starts with the narrator coming up with the puzzle of her own blood group which does not match her mother’s – a doctor herself who died of cancer

fairly soon after her single confinement. The end of the book is the untangling of this mystery which is melodramatic, and to me, calling for suspension of belief. The resolution of this plot reverts to the institution that was the centre of the major mystery plot. As I said its resolution is melodramatic and far too coincidental for belief by a sharply rational reader.

I shall deal somewhat at length with the former thread – the medical student’s life of good and bad times and her chasing clues and ultimately seeing resolution of her crime mystery. I will mention the least possible about the mystery and the puzzle since the reader has to unspool them along with the author who very ingeniously, yet taking her time, scatters clues along her medical student routines which the reader follows until resolutions at the end. Apt here to reinforce my views is a quote from Arjuna Parakrama, Snr Prof English, University of Peradeniya, on the back cover: “(Her) first novel creates a unique narrative that combines a sensitive and nuanced understanding of the Lankan medical world with a powerful and moving, yet unsentimental psychological account …”

Whether merely biographical or firsthand autobiographical, the background narrative of Carmel’s book is completely interesting. Who among us is not curious about medical stuff; some even macabre-ly so. She gives plenty food for intake of details of diabetes and resultant coma; childbirth including breech emerging of the baby; brain damage and electro-convulsive therapy (ECT); autopsies; and even a beggar’s maggot infested wound (ugh!). All of course woven into her story most often seamlessly and necessary to her main mystery story to either place a character or incident in place. She enlivens her narrative of a medical student’ life – hectic, harried, loaded with work but also companionable with her group of friends – with relevant episodes and characters. Her ward rounds, character traits of specialists the students work with, are all absorbingly interesting.

She goes into detailed medical explanations when necessary. She deals with an autopsy with details of cause of death etc more than once, but these are essentially vital to the crime/mystery narrative, When she describes a diabetic coma it is to bring out characteristics of a pathologist who is involved in her crime narrative. Her detailing semblances between drunken breath and that of a severe diabetic (pg 124) is necessary to the story. Often she is involved in a case of childbirth giving details such as doctor vs experienced midwife which enlivens the narration. But once in awhile she oversteps the mark; meaning she explains minus relevance to her story. One instance of unnecessary detailing and emerging as just ‘showing off’ is on pg 121 when she writes “midwives swear that deliveries are more common round the time of the full moon” and goes into the etymology of the word lunatic bringing in Roman roots of the word. 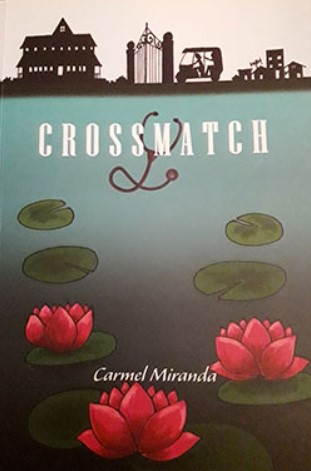 A second fault I found was too detailed descriptions once in a while. Carmel details precisely rooms and people so the reader is spot on in the room or with the person. Infrequently she overdoes the detailing. At least that is how I felt when reading certain passages, few though.

A story, whether short or long, deals with a plot mostly through characters. So just as the story line is important, the characters need to be drawn clearly so the reader not only gets a clear picture of the person, but also imbibes inklings to his/her make-up and personality, relevant to the story. This Carmel does elegantly well, whether it be the mortuary assistant, the specialist pathologist who performs postmortems or even her aunt. They are clearly drawn with her adequate vocabulary and incisiveness.

Refreshingly, plenty of fun and funniness are brought in not only in incidents and antics of the medical students in their work-loaded clinical days, moving from ward to ward, from specialist to specialist, but through clever one liners such as “Medical advice of half baked doctors is better than none.” The aunt she lives with is often the unsuspecting butt of her humour.

Humour is often out in the open, more often subtle and clever. Carmel describes a ward round as Grand depending on the rules of different doctors and specialists. She details the order of the retinue ending in “And then of course there’s us, the lowly medical students lowest in the pecking order, bottom of the food chain. We are neophytes, postulants newly admitted into the sacred order.” The main protagonist – the medical student – even makes fun of her name – Lotus de Silva while assisting in a birth as she wonders what the out-coming child would be named. “.. it would be better off than me. For I had been named after an institution. A hospital, actually. .. Why do parents burden their offspring with names they misguidedly think would make them special?” Truth plus humour.

Pithy sayings and observations are also noteworthy. A mind-supposition goes thus: “If he is an early bird, I am starting to feel like a worm.”

Interesting to find Carmel inserting topics to show she is very much with the times. She mentions with statistics the kidney disease of the NCP; a major subject area in the book being kidney transplants – even the illegal side – which remains a hot topic. Also beggar murders of a couple of years ago. She does not merely explain these; rather does she cleverly devise that the information emanates from specialists; thus details of kidney transplants are given in a medical seminar she attends – on the sly. Very clever method of further delving into the doubt that has crept into her medico-student mind regards a road accident. Clues are picked up, sometimes in strange ways.

Carmel’s style of writing is of fairly simple, straightforward English dotted with medical jargon and descriptions. However, though simple in style, it is clear and flows easily. The reader senses that the author does not search vocabulary or thesauri to get ‘rich’ words. Very sensibly, she is more concerned with getting her story across – in this case two, even three – than quibbling with words and effort-fully taking time to select words and phrases, thus causing stilting and interruption to the flow of her descriptions, conversations and revelation of the mystery story. Her medical student days and the crime mystery are both linear: no complications with flashbacks etc.

Mention must be made of her introduction to and follow-up of the murder/mystery. Both are achieved excellently. She comes across a puzzling occurrence casually, considers it, gives it up as no business of hers; then a call from the mortuary assistant with a vital piece of info sets her off on her ‘detective trail’ aided once in awhile by her co-student Harsha and the tuk tuk driver Sunil.

The personal mystery about herself is, as I said, out of place and its resolution melodramatic and hard to believe. Carmel should have deleted this third subplot. Her next novel could have been a development of this story.

Congratulations are repeated for an intriguing mystery story very cleverly unfolded by a medical student, who also describes her personal travails and shared fun. Do we have a Richard Gordon with his Doctor series in the making in Carmel Miranda?!