Can alcohol be good for you? – by Dr Harold Gunatillake 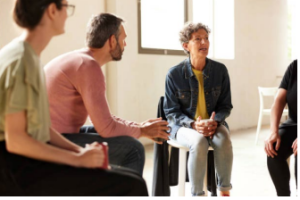 “Wine is sunlight, held together by water.” —Galileo

“Alcohol will never be considered a healthful drink, like tea or coffee, but if you chose the healthier options, a drink a day will calm your anxiety.

People who do stressful jobs, a drink in the evening with dinner will help to unwind
and socially interact with your family”.

About 2 billion people worldwide consume alcoholic drinks, out of which over 76 million people are currently affected by alcohol use disorders, such as dependence and abuse, according to current stats.

Alcohol -from a beer with a concentration of ethanol less than 5% to wines and stronger spirits over 40% are considered good for your heart health if you understand what moderation means. Some Vodkas contain 30% ethanol and bourbons maybe around 60% and certain high proof spirits can have 95% ethanol content.

The only type of alcohol that humans can safely drink is ethanol. Other types of alcohol like methanol or methyl alcohol, also called ‘wood alcohol’ are used for cleaning and manufacturing, and not for drinking, but that is not quite right.

Methanol consuming little as 10 ml. can cause blindness and just under 100ml will kill you. The well-known tequila, methanol is a byproduct. Methanol can be found in other beverages. One example is wine, especially red, which contains low levels of methanol. Brandy and beer also contain low levels of methanol; even orange juice
and coffee are offenders

To make ethanol you use healthful ingredients like grains, fruits, or veggies through a process called fermentation when the yeast and bacteria react with the sugars in those ingredients and the byproduct ethanol and carbon dioxide are formed.

In Sri Lanka for the fermentation of ‘Kassippu’ other ingredients like potatoes and left-over veggies are used.

According to the National Institutes of Health, the processing, or metabolism, of ethanol in the liver begins when an enzyme called alcohol dehydrogenase converts the chemical into another toxic chemical called acetaldehyde.

This toxin is metabolized quickly, and in a few steps, it’s broken down into innocuous carbon dioxide and water.

The metabolism of methanol, however, doesn’t go off as smoothly. The chemical depresses the central nervous system in the same way as ethanol, so in large quantities, it can kill someone in the same way as ordinary alcohol poisoning, but according to the National Institutes of Health, even 2 to 8 ounces of methanol can be fatal to an adult.

Experts are mixed on the benefits of drinking alcohol, but they are clear on the harm of too much drinking. Binge drinking can increase the risk for high blood pressure, stroke, and congestive heart failure.

According to a recent study by a group of scientists at Oxford University in England, there’s no safe dose for alcohol consumption.

The observational study looked at data from more than 25,000 middle-aged adults. The study found that moderate consumption is more closely associated with adverse effects on the brain than was previously known.

For decades, doctors have described moderate drinking — a maximum of one drink per day for women and two a day for men — as low risk and perhaps even good for health.

But that view appears to be shifting. Last year, an expert advisory committee for the 2020 Dietary Guidelines for Americans Trusted Source recommended that the daily limit be lowered to one drink for men. One drink is said to be equivalent to 12 ounces of beer, 5 ounces of wine, or 1.5 ounces of liquor.

Binge drinking can cause harm, by an increased risk of high blood pressure, stroke, and congestive heart failure. Experts believe that alcohol can cause several kinds of cancer, including breast and liver cancer.

Shivendra Shukla, PhD, the Margaret Proctor Mulligan Professor of medical pharmacology and physiology at the University of Missouri in Columbia, warns even a small amount of alcohol can be damaging.

Shukla has researched binge drinking and chronic drinking over the last 25 years.

Dr Jeanette Tetrault, a professor of medicine and addiction specialist at the Yale School of Medicine, takes a more measured view of alcohol consumption.

It is believed that moderate amounts of alcohol might help slightly raise levels of good HDL cholesterol.

Researchers have also suggested that red wine might protect the heart, thanks to the antioxidants it contains.

The grape skins in red wine contain a polyphenol called resveratrol, which has been shown in laboratory studies to act as an antioxidant that can fight cancer.

To get the maximum benefit to prevent cancer, may have to drink 20 gallons of red wine daily.

It is shown that red wine in moderation has been shown to help prevent coronary artery disease due to the antioxidants that it has.

They found that chemicals in the skins and seeds of red grapes slightly lowered estrogen levels while elevating testosterone among premenopausal women who drank eight ounces of red wine nightly for about a month.

It was believed that alcohol increases the body’s estrogen level, fostering the growth of cancer cells.

Is there evidence that alcohol drinking can cause cancer? The National Toxicology Program of the US Department of Health and Human Services lists consumption of alcoholic beverages as a known human carcinogen.

The risk comes from the daily drinking of large volumes of alcoholic beverages. Based on data from 2009, an estimated 3.5% of cancer deaths in the United States (about 19,500 deaths) were alcohol-related.

So, how can countries with such low consumption of alcoholic beverages have such a high incidence of cancer? Make your conclusions.

Most studies show that moderate alcohol consumption, regardless of beverage type, reduces the risk of coronary heart disease among men and older women.

There is strong evidence to support that ethanol, the main constituent in alcoholic beverages, is causally related to a lower risk of CHD through changes in lipids and hemostatic factors.

Is Whiskey good for your heart?

Chances are that your whisky is as good an option for the heart as the much-vaunted red wine. Recent research has shown that whisky is among the best alcoholic beverages in terms of antioxidants.

Alcoholic cardiomyopathy is a condition where your heart changes shape because of long-term heavy alcohol use. The changes to your heart’s shape cause long-term damage, leading to heart failure and severe problems. Abstaining from alcohol may help some people recover, but others will need medication or even surgery.

If your diabetes is well controlled there is no reason why you should not drink alcohol. Rules are the same as for everyone else: one drink per day for women; two for men.

The best type of alcohol for people with diabetes are those with low sugar or carb content. . That includes light beers, red and white wines, distilled spirits, and low carb cocktails if you avoid sugary juices or syrups.

Some sources claim that alcohol is converted into sugar by the liver. This is not true. Alcohol is converted to several intermediate substances (none of which is sugar) until it is eventually broken down into carbon dioxide and water.

Pure forms of alcohol like whiskey, gin, tequila, rum, and vodka are all completely sugar-free whereas wines and light beer like Sapporo or Budvar have a minimal-carb content.

Those people having diabetes and taking metformin must be careful. Metformin can cause a buildup of lactic acid. This buildup can cause serious damage to your kidneys, lungs, heart, and blood vessels. If lactic acidosis is not treated right away, organs may shut down, which can lead to death.

Alcohol consumption causes an increase in insulin secretion, which leads to low blood sugar (otherwise known as hypoglycemia). This causes light-headedness and fatigue and is also responsible for a host of longer-term alcohol-related health problems.

The best choices of alcohol are those having little sugar, low ethanol levels, and consuming one to two drinks by men and one drink by women.

Red wine comes on top of the list. It contains antioxidants that protect your cells from damage, polyphenols that can promote heart health.

Choose natural wines. They have fewer additives and are more liver-friendly.

Tequila
Studies have shown that the tequila plant can increase calcium absorption and improve bone health. It is a low-calorie drink.

Moderate social drinking significantly reduces the risk of dementia and cognitive impairment, according to an analysis of 143 studies by Loyola University Chicago Stritch School of Medicine researchers.

Researchers reviewed studies dating to 1977 that included more than 365,000 participants. Moderate drinkers were 23 per cent less likely to develop cognitive impairment or Alzheimer’s disease and other forms of dementia.

The wine was more beneficial than beer or spirits. But this finding was based on a relatively small number of studies because most papers did not distinguish among different types of alcohol.

Results are reported in the journal Neuropsychiatric Disease and Treatment. The authors are Edward J. Neafsey, PhD. and Michael A. Collins, PhD., professors in the Department of Molecular Pharmacology and Therapeutics.

In conclusion, if you keep yourself fit and healthy, exercising daily by at least doing a walk for over one hour, eating the right foods, keeping your body weight within the normal range, you are entitled to have a drink or two with your loved ones, causing no harm to your health.