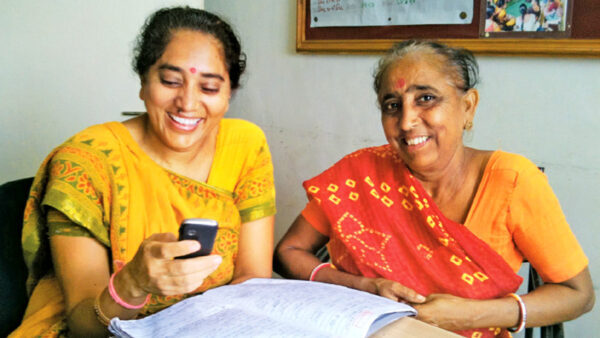 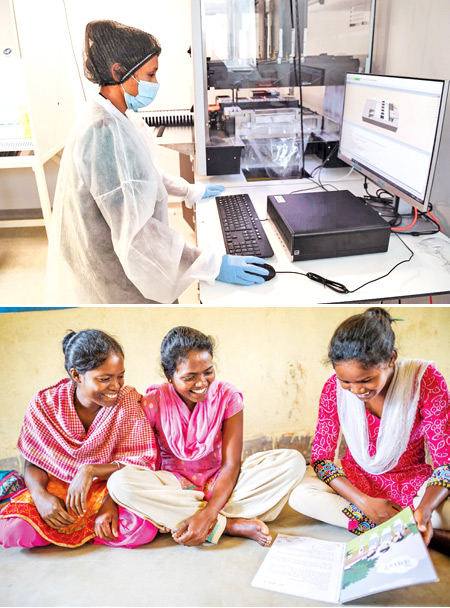 With over 30 million COVID-19 cases, South Asia currently finds itself in the midst of a devastating second wave of the pandemic. The region – already massively impacted in terms of lives and livelihoods in 2020 – has recently seen the number of cases double in just over a month.

During the first wave, women were severely affected. In September 2020, UNDP estimated that the pandemic will see a three percent rise in the female poverty rate across the region, from 10 percent to 13 percent. In light of the second wave, this may well be an underestimate.

Not only has the pandemic affected the regional economy of South Asia, its impact will see women worse off than before. The governments of South Asia need to act much more decisively than they did in the first wave, or decades of progress on gender equality and women’s empowerment will be lost. Lessons from the havoc caused by haphazard policy responses in the past need to be learned and appropriate actions need to be taken this time.

During the first wave, The Asia Foundation analysed many of the policy responses in Bangladesh, India, Nepal and Pakistan. Despite evidence of the unequal impact the pandemic has had on women compared to men, policy responses were not designed to take this into account. For example, access to social protection was generally made available to those who lost their jobs in the formal labour market. Since women comprise the majority of informal labour market workers, many were left out in the cold. Emergency measures for individuals and businesses (such as subsidies or tax relief) have been harder for women to obtain.

Already vulnerable due to insecure employment, many women in informal work or the ‘gig economy’ were the first to lose their jobs or see their wages cut as the pandemic progressed. Social protection programmes’ outreach to women has been woefully inadequate, with most vulnerable workers falling through the cracks. According to a 36-year-old worker in Muzaffargarh, Pakistan, who participated in our study, women in her region “… never received any help from Ehsaas (the government’s social protection programme)”. She said: “I strongly believe that the government has failed completely in helping females working in the informal sector.”

Women-led small and medium-sized enterprises (SMEs) have faced similar challenges. In Bangladesh, the study found that during the lockdown between March and May 2020, more than 50 percent of women-owned SMEs had to reduce their business activity, and 17 percent closed completely. Yet only five percent of the government’s loans were reserved for women entrepreneurs.

Much more needs to be done to restructure these programmes to make them accessible to women, and to inform women that the support is available.

Throughout the region, governments have relied heavily on digital platforms to communicate information on policies and programmes to citizens, yet the region has the widest digital gender divide in the world. South Asian women are 28 percent less likely to own a mobile phone than men.

Communication strategies that rely solely on digital platforms, therefore, exclude women. While Nepal’s Government was quick to offer stimulus packages, weak outreach left most women without information or access to the benefits. Similarly in Pakistan, women’s lack of digital literacy and access to technology prevented them from accessing government programmes, including a nutrition programme designed specifically for them.

Women’s unequal access to digital technology needs to be addressed proactively now, so that they will be better able to adapt and rebuild their livelihoods after the pandemic ends. Since future workforce development programmes should focus on helping women informal sector workers develop new skills, and given that the platforms for the delivery of retraining programmes will likely be online, the digital divide needs to be overcome so that those opportunities will be available to women.

Ultimately, rising gender inequalities can only be reduced if key structural inequalities are addressed. Perhaps it is time to recognise that the distinction between formal and informal labour is out of date and exclusionary. ‘Employment’ should be redefined to include both formal and informal jobs, including ‘gigs’. In India, female gig workers in the beauty service sector experienced a 50 to 100 percent reduction in demand for their services in the first wave of COVID-19, yet they are not considered to be formally employed and therefore missed out on the help available for those categorised as jobless.

The burden of unpaid labour women bear also must be addressed. One of the key factors holding women back from full participation in economic, political, social and cultural life in South Asia is the vastly unequal distribution of unpaid household labour. This has become worse during the pandemic, with school closures and movement restrictions. For example, in India household responsibilities for women increased by 30 percent during the first year of the pandemic, while in Nepal women continue to carry out 80 percent of household work. Unless inequalities at home are addressed, it will make little sense to talk about supporting women to return to work after COVID-19.

The Foundation’s study suggests that while Governments can consider adopting some fairly straightforward measures now to prevent greater inequity in the future, bold responses will be needed to address the fundamental causes of gender inequalities. As countries grapple with how to help their economies and labour force recover after COVID-19, rebuilding South Asia’s economies to be gender equitable is the only way for them to return to normal, and become better.

(This article is part of a collaborative series with The Asia Foundation.)