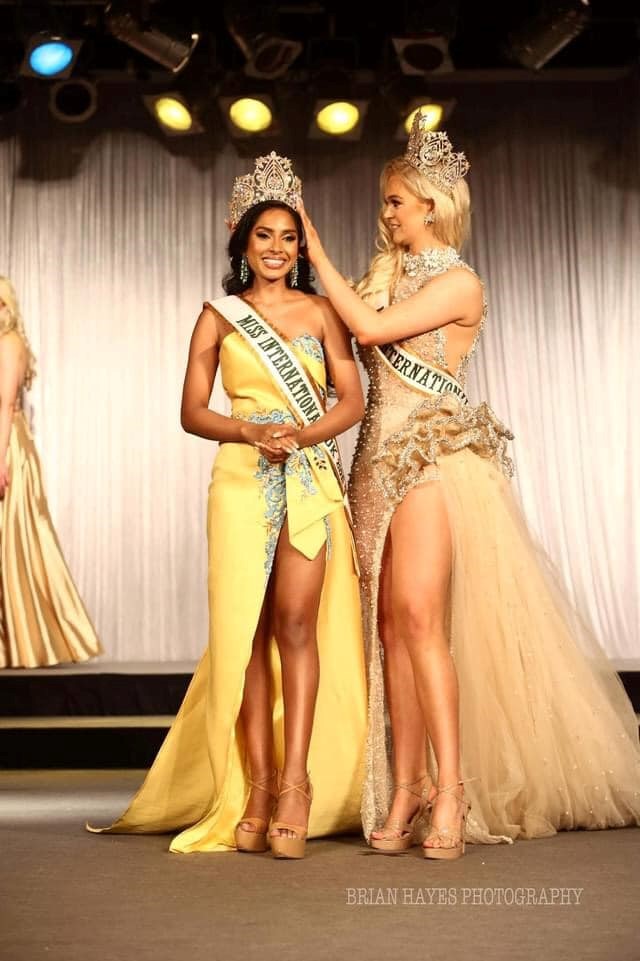 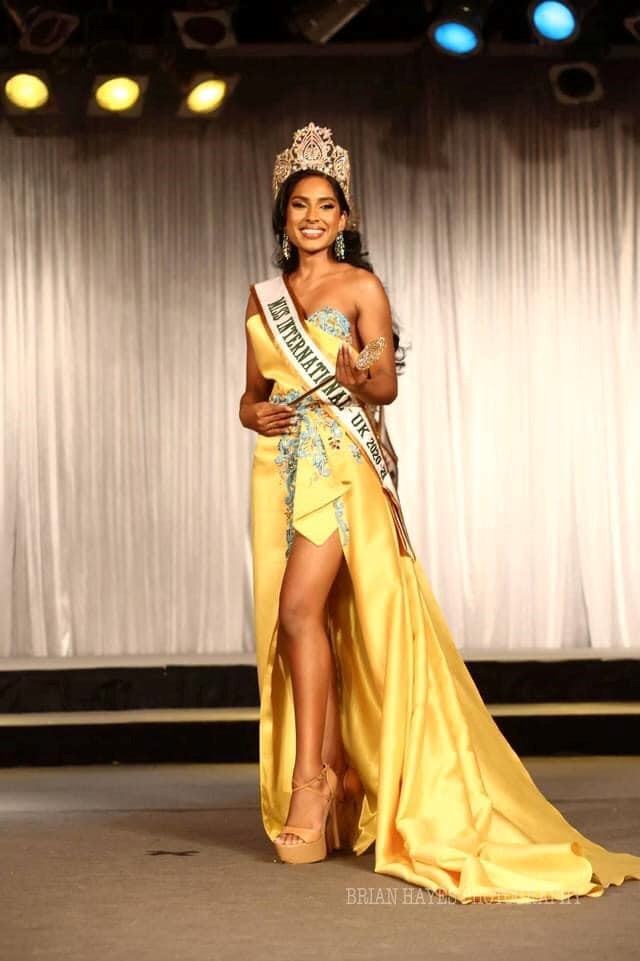 Evanjelin Elchmanar from Birmingham, U.K., has won the crown of “Miss International U.K. 2021/ 2022” defeating, more than 50 other British girls. She will compete in the “Miss World International” to be held in Japan in October 2021. According to reports, she is a lovely girl with a sweet, engaging personality, and is a strong contender to win that competition too.

Born in France to Sri Lankan parents – Givaraju Erajsingham Elchmanar of Batticaloa and Shanthi Rajakaruna of Galle, Evanjelin Elchmanar moved to the United Kingdom (UK) and is now a British Citizen. She is making waves in beauty pageants in the U.K. On Friday, July 23rd Evanjelin was adjudged the winner of ‘Miss International U.K. 2021/2022’ titled at Park Hall Hotel in Lancashire, England. It was the fifth edition of the national beauty pageant that selects the United Kingdom’s official Miss International candidate.

This is not the first time she won a beauty pageant in Britain. The beautiful Evanjelin was crowned ‘Miss Teen Great Britain’ in October 2017! She was asked by the media if there was any advice, she would give to girls who want to enter the Miss Teen Great Britain competition? This is what Evanjelin had to say after winning the title.

“Just do it! The world is full of possibilities and opportunities and competing in the Miss Teen Great Britain is a once in a lifetime experience. I met so many ambitious, determined, and inspiring girls who showed me that I was not alone in this journey and that we were together in this like family.  Then again, if you love it just as much as I do, you can come back again the next year, because it is truly a remarkable experience and a chance to make lifelong friends.”

Although football is usually a sport known for boys, Evanjelin is heavily interested in the sport, having played with her two brothers at home throughout her childhood. She became school team Captain of the girls’ football team.

We wish her well in the ‘Miss World International’ beauty pageant in Japan in October.