Located in Sri Jayewardenepura Kotte, the administrative capital of Sri Lanka and minutes away from the hustle and bustle of the city, Beddagana Wetland Park is home to diverse aquatic birds, butterflies, dragonflies and mammals native to Sri Lanka and Asian wetlands. During the migratory season from August to April, the wetland is a popular stopover of migratory birds similar to a transit location, a haven for diverse flocks of shorebirds or waders which include plovers as well as sandpipers.

The extent of the Wetland Park is 18 hectares, a verdant mosaic of wetlands surrounding the spectacular waterfronts of *Diyawanna Lake. The new Parliament building is situated in close proximity to the Park. Beddagana Wetland Park was declared open as a Park for visitors in 2016. As the Park covers the wetland surrounding Diyawanna Lake, it is considered to be a part of the larger Diyawanna Oya (stream) flood plains Wildlife Sanctuary declared by the Department of Wildlife Conservation in 1985.

The Park has two trails. One trail borders Diyawanna Lake and the other is the forest trail that goes through the wetland forest. 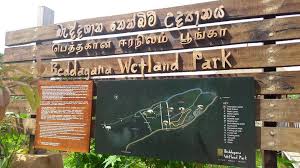 There is a wooden footpath in the Wetland Park for visitors to walk along. Walk on the footpaths the Park management has created in the locale, to make animals feel it is their natural habitat. Walk slowly without talking loudly to view diverse species of animals including birds and butterflies. The areas are named according to different species of animals such as the ‘Duck Pond’, ‘Migratory Birds Trail’ (situated at the entrance to the Park), ‘Butterfly Walk’ as well as ‘Forest Trail’, ‘Diyawanna Floating Deck’ and ‘Diyawanna Walk’.

There is a large hut in the middle of the ‘Duck Pond’ adding glamour to the Wetland Park. A large area of the Park can be observed from here. The views from this site is spectacular in the evening.

Walking on the wooden footpaths is an awe-inspiring experience amidst trees, plants, bushes and vines, at times brushing softly against the skin. As the majority of footpaths are shady, it is easy to walk in the afternoon too. The wooden platform in the Park snakes its way through the pristine wild marsh and the shady groves. It has been constructed manually without utilizing machinery as the noise would have disturbed the lives of the natural residents and their habitat. Almost all structures of the Park are in wood and blend perfectly with the environment. 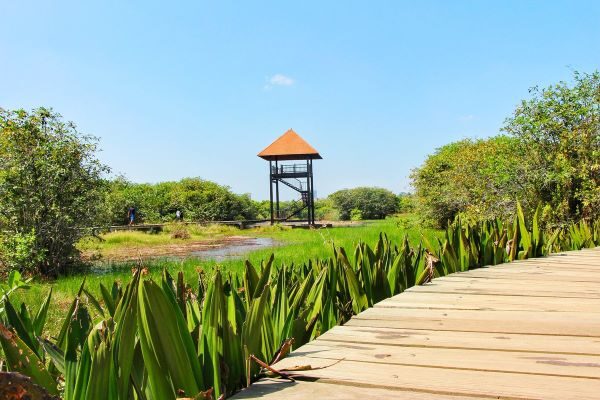 There are several viewing decks in different locations towards Diyawanna Lake to observe sunrise and sunset views.

During the rainy season, the streams submerge the territory turning the locale to a flooded wild paradise and natural residents in the Park occupy it gaily as a trace of human cannot be seen in the Park, a mesmerizing site. 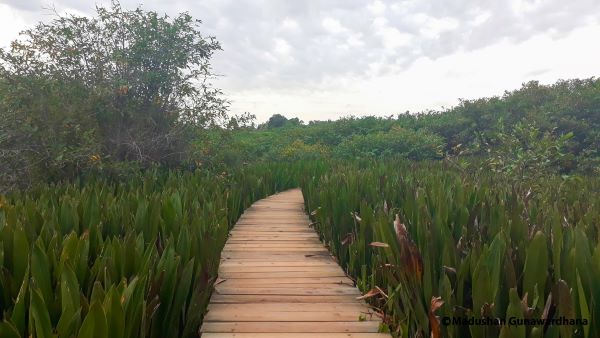 The best time to visit the Wetland Park is early morning or late evening to bask in the glory of the nature.  The Park is open to visitors from 6.00 a.m.- 6.00 p.m.

The Wetland Park is an ideal location for avifauna enthusiasts, researchers, nature lovers, undergraduates and students.

From Kandy and Kurunegala (those traveling on new Kandy Road), travel up to Sri Jayawardenepura, Kotte to reach Beddagana Wetland Park.