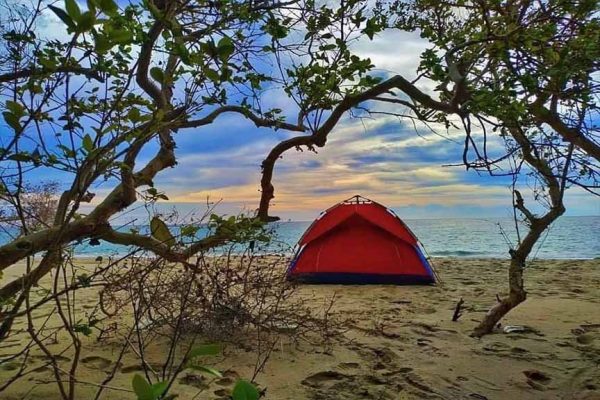 A tiny island of approximately five square kilometers in size, located approximately 38 kilometers (20 nautical miles) away from *Kalpitiya in the Puttalam District of the North Western Province of Sri Lanka, Baththalangunduwa is popular as a beach camping site. It is an island located in the Dutch Bay (also known as Portugal Bay).  Baththalangunduwa is one of the few inhabited islands to the north of Puttalam Lagoon.

Battalangunduwa is a fishing village with a population of approximately 3000 inhabitants. The majority of them are Catholics, mostly from *Chilaw and *Negombo with a substantial population of Tamil Catholics from Jaffna. Hence, the culture in Battalangunduwa is a stimulating mix and the language is a mixture of Tamil and Sinhalese, similar to residents of Negombo. The one and only livelihood within the Island is fishing. The Island borders the vast Indian Ocean from one side and the large Portugal Bay from the opposite side.

Despite being a fishing village, the Island has also become a popular destination for travelers looking for adventure off the beaten track.

The journey by ferry to the Island is a different experience. Towards the right, the ferry passes long stretches of *Wilpattu National Park till it heads off to the island. Spotting birds looking for prey, dotted with thatched fishing huts and fishermen heading off to the sea is a common sight. At times, a dolphin or two can also be seen.

Along the journey from Kalpitiya, numerous uninhabited islands can be seen. During the journey, it is necessary to protect electronic equipment from sea spray. Hence, it is advisable to move to the middle of the ferry and shield from the sea’s onslaught. At the end of the three-hour journey, a helper in the boat issues tickets to each passenger.

The Island is bare, apart from a small area with some coconut groves and mangrove shrubs and it is a perfect location for fishing and dried fish industry.

Some fishermen in Baththalangunduwa work in the ‘ice wadiya’ packing sword fish in ice to be exported, others either lay down in their boats for a short slumber or patch their fishing nets. Although, life in Baththalangunduwa appears laid back and hard, people seem content.

As the boat moors and passengers scramble off the ferry at the end of ferry ride, they are greeted with friendly smiles, many eager to direct the visitors to the Island to their destinations. As visitors travel to different locations, many residents who arrived in the ferry head off to the Church along with their families “to pray and thank God for their safe return”. The lives of the people in Baththalangunduwa revolve around fishing and religion.

The Island is dotted with thatched fishing huts and a large number of Christian shrines dedicated to diverse saints. Although, Baththalangunduwa is a tiny island, there are three churches and according to the fishermen, the feasts of these churches are held on a grand scale, annually.

To the majority, the Island is their workplace and they travel to and from their villages when the catch is good. According to fishermen, there are no permanent residents in Baththalangunduwa. There are some school children brought to the Island by their parents during the season. The Sri Lanka Navy operates a school, so they can pursue their education. Some residents lament that eventually, Baththalangunduwa will disappear due to rising seas, a fate that has befallen several islands in the vicinity which were inhabited in the past, yet abandoned at present.

Instead of gravel or tarred roads, the Island has narrow sandy paths.

Best time to visit Baththalangunduwa is from December to April.

The boat leaves the jetty by 8.30 a.m. and returns at 1.30 p.m. (maximum two hours to explore to Baththalangunduwa. the only available mode of transport.

It is necessary to carry sufficient potable water during the journey.

Camping at Baththalangunduwa is possible as long as travelers bring the needful. 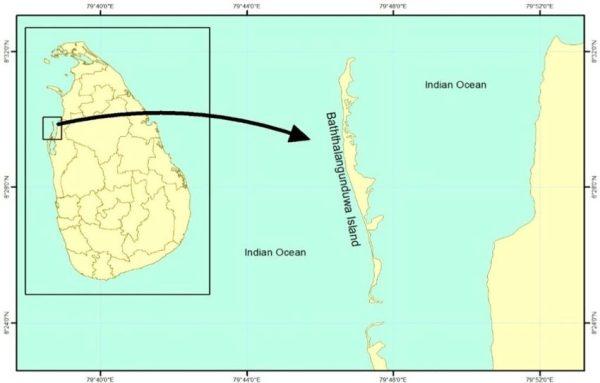