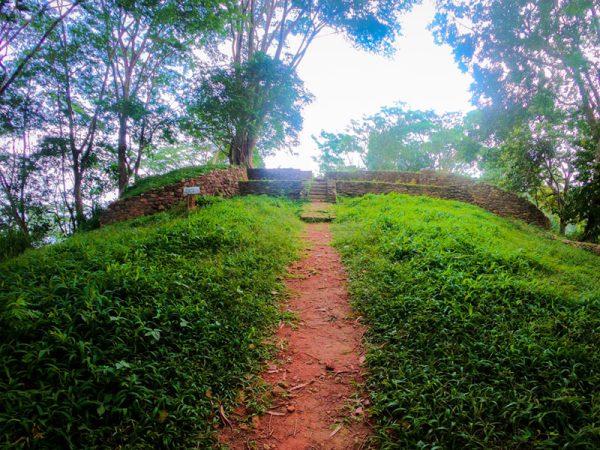 Situated between *Kadugannawa Pass and *Alagalla Mountain Range, Balana Fort was constructed during the *Kandyan Kingdom as a strategic rock fortress and an outpost for the Kingdom.

The mountain of Balana is located over 600 meters above sea level. At present, Balana is administered by the *Central Province and is also the boundary line between the *Sabaragamuwa and Central Provinces.

Balana Fort (Balana meaning Look-Out in Sinhala) was utilized as a sentry point on the approach to Kandy and was a strategic defense post to prevent enemy invasions and the remains of the Fort can still be found on the summit. According to historians, the path behind the Balana Railway Station has been the old road which is a steep 2.5 kilometer climb to the summit of the mountain and extends comparatively flat to the open plains towards Danture village. At present, the path is well-carpeted and there is a bus service from *Kadugannawa. Yet, approximately 300 years ago, it has been an arduous climb. Summit of Balana renders breathtaking vistas of the environs and plains below…

This fort has been the most significant pass during the Kandyan Kingdom with the other being at Galagedara (a village in the Central Province of Sri Lanka).

The majority of battles against invasions aimed at the Kandyan Kingdom by the western nations during the Colonial rule of maritime provinces of Sri Lanka occurred at the Alagalla Mountain range and invading foreign armies were defeated by battles at Balana Fort under the reign of Kandyan Kings. 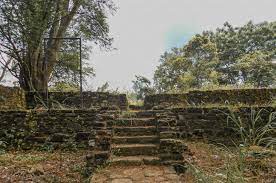 According to historians, when the Portuguese landed in Sri Lanka in 1505, their objective was to acquire more territory. Yet, the Balana Rock Fort that served as an observation post stood against an invasion of the Kandyan Kingdom. During this period, the Portuguese were in control of the *Kingdoms of Kotte, Sitawaka and Jaffna. Yet, they were unsuccessful in their attempts to capture the Kingdom of Kandy in 1594, 1603 and 1630. Balanna ‘look out’ post was the main obstacle.

According to scholars, Balana Fort protected Buddhism and Sri Lankan culture from western powerful nations such as the Portuguese, Dutch and English for approximately five centuries.

According to *Major Roland James Milleville Raven-Hart, OBE in his work the “Great Road” (published by Royal Asiatic Society of Sri Lanka), the arduous climb up the pass was rewarded with the superb vistas of the “western horizon”.

At present, Balana Fort and its environs are neglected and overgrown with weeds. It is under the purview of the Department of Archaeology. 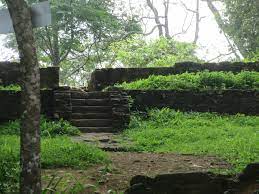