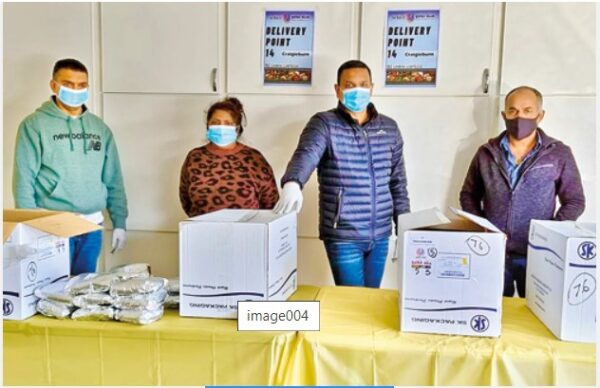 Fundraising in progress in Australia

No politics, no politicians: On those conditions, thousands of Sri Lankans in Australia came together for their largest ever fundraiser, collecting nearly Rs 60mn for their motherland’s fight against COVID-19.

Between May 28 and last week, the campaign amassed AUD 382,472 (Rs 56mn) in donations through Facebook fundraising, direct deposits and even ‘Project Lamprais’. More than 200 volunteers cooked 6,300 packets of the banana leaf-wrapped delicacy overnight and sold it across 59 centres in Melbourne, earning AUD 90,000 (Rs 13mn) in a single day.

“Donors’ main concern was whether this effort is affiliated with any politician or political party,” said Indika Sooriyaarachchi, an active member of the campaign. “We made certain it was non-aligned without connection to political, religious or other groups.” The only agenda was to help save lives of COVID-19 patients admitted to overwhelmed hospitals.

Nearly half the funds have now been spent. Essential medical equipment has made their way to hospitals around Sri Lanka–quietly, efficiently and without politicians claiming credit for donations they had no role in gathering.

Nimna Rupasinghe, Principal Lawyer in a Melbourne-based consumer law firm, handled the legal side of the project. She migrated to Australia in the late 1980s, when she was a little girl, and has carried out community work all her life.

“I must say this is one of the most successful projects I have witnessed in my lifetime,” she said. “The main reason is the networking happened so well. We really committed to the pledges we made. We answered every question the public had. Transparency was important and we highlighted that from the start, making our action plan available.”

The idea for the campaign emerged from Eeshara Withanage, a medical doctor formerly attached to the Ministry of Health (MoH) in Sri Lanka. The others were Mr Sooriyaarachchi, who is a marketer, and Samantha Arachchi, an IT professional in banking.

In mid-May, most Sri Lankans in Australia were aware of the start of the “third wave” of COVID-19 back home. They were alarmed at news in neighbouring India of thousands of deaths and of under-resourced hospitals brimming over with patients.

A member of the core group that devised the initiative was Asanka Dodantenne, the producer of the widely-acclaimed television drama ‘Koombiyo’. He is a Finance Manager for a Melbourne-based NGO. The main medium for spreading the message and disseminating information was social media as well as community and ethnic radio, TV and online TV, he explained. WhatsApp groups proved vital.

Dr Withanage, through his contacts at the Ministry, learned that ‘Level 2’ hospitals urgently needed equipment. “Level 1 hospitals were small institutions where patients are managed without high-dependency care,” he explained. “But Level 2 hospitals have high dependency units that administer more interventions such as high flow nasal oxygen (HFNO). These lacked essential devices.”

The lamprais was a hit. “It went viral,” Mr Dodantenne said. “Everyone wanted to have one. If we had the capacity, we could have sold 10,000.” Separately, children cracked open their piggybanks while others gave money to commemorate birthdays or various other anniversaries. Around 10 percent of funds were donations of between AUD 5,000 and 10,000.

“The trigger in getting community passion alive was the public briefing session we had,” said Ms Rupasinghe.

“We identified about 50 hospitals and were in direct contact to record their needs and to ensure machines were sent,” Dr Withanage said. “When I worked at the Ministry, I witnessed a lot of equipment being dumped. We didn’t want to repeat it.”

“They had to also find out whether the hospital was ready for the equipment,” Mr Sooriyaarachchi elaborated. “Some might have a main oxygen line while others may be using oxygen cylinders. We had to send the right machine.”

There was no central unit at the Ministry to coordinate donations. The team finds that some institutions are over-supplied while others are struggling. Some hospitals received ventilators and oxygen but had no regulators to connect the two. One said it needed two ventilators but, when contacted a week later, it had received them. After becoming acquainted with the doctors, the campaign started a dedicated email hotline to receive requests. 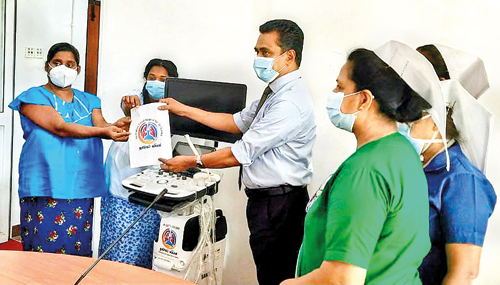 Getting the goods to hospitals was hindered by bureaucracy, red tape and lethargy. The chosen pathway was the Ministry of Health. Clearance delays again necessitated “calls day and night”. Moving a single file from one unit of the Health Ministry to another uses up one week. It takes a fortnight for the Ministry to pay duty to the Department of Import and Export Control.

“The first set of machines took three weeks to just clear,” Dr Withanage said “The second set took only one because we knew what was happening there and could expedite matters.” All items are registered by the Biomedical Engineering Unit before they are dispatched to hospitals. That could take a while more.

Purchases are made in Sri Lanka, Australia and some in China, depending on price. Some machines were cheaper in Australia than they were in Sri Lanka. The equipment donated so far includes CPAP/BiPAP (non invasive ventilator), HFNOs, multi-para monitors, one paediatric video laryngoscope, non-rebreather oxygen masks, infusion and syringe pumps, surgical masks, face shields and Doppler scanners.

For the first time in Sri Lanka, hospitals have also received two machines that combine HFNO and non-invasive ventilation. Twenty-nine more are due to be donated.

The project was a lesson in collaboration, reflected Ms Rupasinghe: “We highlighted that no individual group was going for glorious credit. That really filtered throughout the community. That is why I think this has been so successful and people were willing to donate so generously. It’s a team culture.”