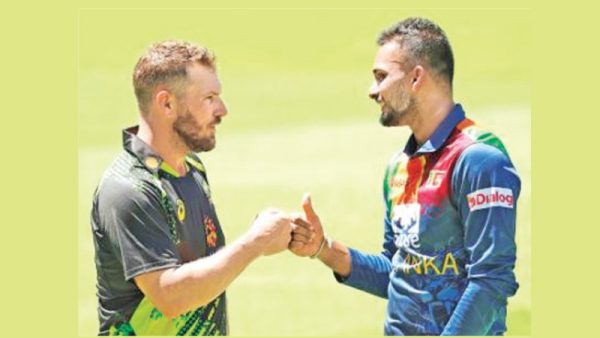 Australia cricket team led by Aaron Finch will arrive in Sri Lanka today for a full cricket series (T20, ODI and test) and this is going to be very important for both sides to get more exposure before world T 20 tournament and also the two tests in Galle which are part of the ICC test championship.

Sri Lanka test team recorded a 1-0 test series win over Bangladesh before this test series while T20 and ODI teams was not up to expectations against Australia in their last Australia series in February and once again Sri Lankan team have to gain experience against strong Australia under home conditions during this series which will commence on June 7 .

Australia T20I side will be nearly at full strength with only Pat Cummins and Adam Zampa missing from the team that won the World Cup last year. Cummins is resting from the T20I series after playing in the IPL while Zampa is on paternity leave.

Meanwhile Australians will also play with Sri Lanka A team from June 8 just after the National sides first T20 which will be played at R. Premadasa International Cricket Stadium in Colombo.

SLC top official said Australia series is more important at this country’s hard situation and considered to be a very good investment along with the next Pakistan series and looking to host Asia Cup next August which is a much needed huge investment for the country.