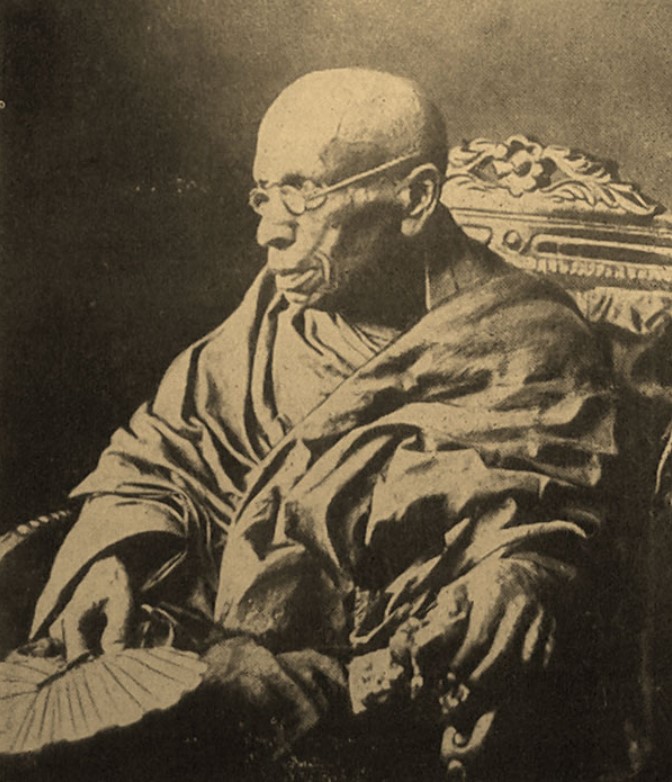 Ven. Hikkaduwe Sri Sumangala Thera was an eminent scholar monk in the nineteenth century. He was the founder of the Vidyodaya Pirivena.

As was the Sinhala custom, his horoscope was cast by an eminent astrologer who predicted that the child was under the evil influence of the planets and that he will have a life of misfortune, with a suggestion that he be ordained. The parents then consulted several other eminent astrologers who too, made similar predictions.

(As later events proved, the predictions happened to be from those who had not properly mastered the science of astrology, or due to the inaccurate time of birth recorded).

As per the predictions, his parents then decided to ordain him. With that in view, he was given only a temple-oriented education, with no formal schooling. 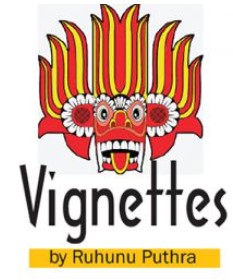 When he was about 14 years old, preparations were made to ordain him at an auspicious time. But, as the auspicious time was fast approaching, he was found missing.

After he was found, he told his father not to ordain him and bring the Buddha Sasana into disrepute, as his astrological predictions were adverse.

However, he was ordained later as Hikkaduwe Sri Sumangala Thera, of his own volition.

Nobody ever thought, at the time, that he would one day be a scholar of great repute.

The following year, he sojourned at the Mapalagama Temple, in the Galle District during the Vas Season (rainy season) with his preceptor Mobotuwana Revatha Thera and several other monks.

This young Sumangala Samanera (novice) endeared himself to the devotees, with his disciplined demeanour and with his sermons, based on the Jathaka stories (stories of the former lives of the Buddha). One such devotee – John Cornelis Abeywardena, an English scholar (an ancestor of the present day Galle politician Vajira Abeywardena) volunteered to teach English to this young inspiring preacher.

It was a time when some bhikkhus were engaged in native medical treatment. And Sumangala Thera, then still a novice, was to answer this question as to whether the bhikkhus could engage in such a practice.

He construed that it was harmless to treat the hapless, destitute patients, friends or relations, provided it was not for any material gain and that it was not a serious violation of the Vinaya rules.

While travelling by train, one day, this Samanera met a group of pilgrims from Siam (now Thailand), coming down south, after a pilgrimage to Anuradhapura.

The pilgrims knew only their Siam language and the Pali language, resulting in they being cut off from the local populace.

One of them, half-heartedly spoke to this Samanera in the Pali lanugage. It was then that he realised that he was spaking to a Pali scholar. This resulted in exchange of views between the two of them.

During the Vas Season, in that year 1858, he sojourned at the Bogahawatta Temple, in Galle, and commenced publishing a newspaper for Buddhists named “Lanka Loka”.

He was a close friend of Col. Henry Steele Olcott, who arrived in Ceylon in the year 1880.

During those colonial days, the first class compartments in trains were more or less reserved for the white masters. Quite often, these compartments were seen going empty, except for one or two of them, while the second and third classes were crammed. Though some Sri Lankans had the means to travel first class, they didn’t have the courage to do so. There were others who did not care a damn for the white skins and unhestatingly travelled first class.

With characteristic arrogance they subjected the Nayaka Thera to a barrage of vulger comments and rude insults.

“This old fellow has, by mistake, got into this compartment” one of them said.

“No, this is not a mistake. He is purposely, fraudulently, travelling first class with a third class ticket.”

“Shall we hand him over to the Railway Authorities?” asked the other.

The Thera gazed at them silently with a benign smile on his face.

At Polgahawela, the train was shunted into a siding, for the train carrying Sir Arthur Gordon, Governor of Ceylon, who was returning to Colombo, after a holiday, was due at any moment.

The train arrived and the Governor’s special compartment drew up right alongside the one occupied by the venerable monk. Glancing out of the window, the Governor saw Sumangala Thera and a smile of pure pleasure shone on the Governor’s face. For he and the learned monk were close friends. Scholars both, they visited each other quite often and spent many hours in erudite discussion.

“My dear High Priest! Fancy meeting you like this!” said Sir Gordon, opening the door of his compartment and walking into the one occupied by the Thera. They were engaged in a lively conversation, in English, and the train was 11 minutes late.

With the Governor’s departure, the two louts now crestfallen and repentant at their boorish behaviour, profusely apologised to the Thera.

With a smile on his face, the Thera, accepted their apologies with a brief exhortation. Thereafter they were engaged in a lovely conservation till the journey’s end.

Once there was a clash between some Buddhists who went in a procession and some Catholics at Maggona, resulting in the death of a Catholic.

One day, a group of pilgrims that also included some members of the Cambodian Royal Family, went to Kandy with the Nayaka Thera for an exposition of the Tooth Relic.

It was a non-event as no prior intimation had been made to the Dalada Maligawa authorities in time.

The next morning, the Thera was walking leisurely along the Nuwara Wewa, when Governor Gordon, who was going in a horse drawn chariot saw the Nayaka Thera and after greeting him indulged in a lively conversation. When he told him about the non-event of the exposition of the tooth relic the previous day, the Governor took immediate steps for a special exposition, directing the Government Agent to make the necessary arrangements.

In the year 1873, he founded the Vidyodaya Pirivena – a seat of Buddhist higher learning. It was his greatest service to Buddhism.

When the permit to have a perahera was first introduced at the turn of this centry, the Nayaka Thera, as Head of Vidyodaya, sought permission to hold the annual perahera of the Pirivena. Permission was at first refused, but mysteriously granted a few days later.

Despite the refusal, the Nayaka Thera had gone ahead with the arrangements to hold the perahera, and when a senior police officer on horseback brought the permit personally to the High Priest, he contemptuously rejected it and sent the officer away.

This incident was reported to the I.G.P. who, in turn, reported it to the Governor of the colony of Ceylon.

The Governor, a close friend and admirer of Ven. Hikkaduwe Sri Sumangala Thera, sent his Maha Mudliyar,r SolSiomon Dias Bandaranaike, as his personal emissary, to respectfully request the learned scholar monk to come to Queen’s House to discuss the matter, as His Excellency feared that the act of the Nayaka Thera would be an undersirable precedent.

“I refused to accept the police permit for this reason,” the Nayaka Thera, told the Governor. “When I first asked for permission to hold the perahera, permission was refused. A few days later, permission was granted. This indicates that permits are given, not according to any law, but at the whims and fancies of police personnel, which is all wrong. That is why I refused the permit that was given on second thoughts. The freedom to practise the Buddhist religion and its rites have been guaranteed in the Kandyan Convention, and I shall be grateful if you and your minions will kindly remember that.”

The chastened Governor was profuse in his apologies to the outspoken scholar monk.

Perhaps he would never have envisaged, that his much cherished Vidyodaya Pirivena would be no more on a tidal wave, in the years to come.