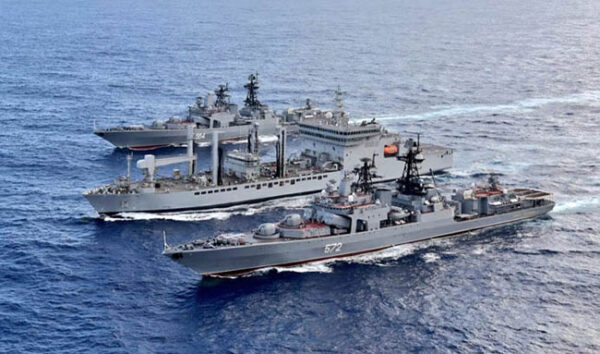 That the Asia-Pacific is currently shaping-up as a possible arena of international military confrontation is being increasingly underscored by heightened naval activity in the region featuring some of the world’s foremost powers. Broadly, the Quad states comprising the US, India, Japan and Australia are in an effort to contain the influence and power of China in mainly the South and East China Seas and such exertions if mismanaged could spark off military tensions among the contending powers.

Recent Indian Defence Ministry reports said that India is sending four warships into the South China Sea region on a two-month deployment. The deployment would feature exercises with India’s Quad partners. The reports went on to indicate that the Indian warships will also “work with naval units from South China littoral states, including Singapore, Vietnam Indonesia and the Philippines.” Such moves are highly significant in view of the fact that China is claiming the whole of the South China Sea as its sovereign territory.

Some of the above states have been contending with China over the years for ownership of the region’s Spratly Islands. Equally importantly, it is being pointed out by some of the Quad powers that many of these littoral countries are “democracies” and are therefore close allies. 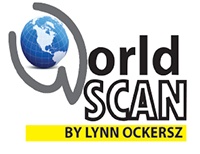 The sea deployments envisaged would also include the Malabar 2021 naval exercise featuring India, US, Japanese and Australian forces. Thus, the exercises are also intended to cover some major entry points to the Northern Indian Ocean in particular. Needless to say, such developments have serious foreign and security policy implications for the Indian Ocean Region’s small states in particular.

In March US President Joe Biden underscored the importance of the Asia-Pacific for the US and its allies when he said: “The Quad is going to be a vital arena for cooperation in the Indo-Pacific.” Following a virtual summit held around the same time the Quad said in a joint statement, among other things: “We strive for a region that is free, open, inclusive, healthy, anchored by democratic values and unrestrained by coercion.” Such collaboration, it was pointed out, included “maritime security, to meet challenges to the rules-based maritime order in the East and South China Seas.”

The above statements outline the main bases for Quad cooperation. Given the primacy of the US-China rivalry in the shaping of current international politics and considering the divisive ties that have existed over the years between some of the littoral states of the Asia-Pacific and China, it is plain to see that the target of Quad cooperative initiatives is China. Besides, there are the current comparatively troubled relations between India and China to factor in. It is clearly to India’s advantage to steadily advance its ties with formations such as the Quad, since such moves will help in blunting China’s regional power and influence.

However, in this effort to upstage China in the Asia-Pacific the US apparently is trying out soft power strategies as well. For example, there is the US’s “vaccine initiative for the Indo-Pacific” that needs to be considered. Essentially, under this project US anti-Covid-19 vaccines will be manufactured in India with financial support coming from US, Japan and Australia. Considering the current economic downturn in the region, such help will be hugely welcomed by Asia-Pacific countries. If implemented effectively, the US and India would be stealing a march over China in influence-wielding in the Asia-Pacific. It would be found that “vaccine diplomacy” is not without its important uses.

Given this backdrop, it could be said that the US and India in particular are acting in their best foreign policy interests by bolstering their ties with like-minded states of the Asia-Pacific. For the US and India, containing the seemingly spreading influence and power of China in the region and outside is of the first importance. Besides, the Asia-Pacific is the economic power house of the world. For the biggest powers that are in conflict with China in numerous issue areas, containing latter’s influence in the Asia-Pacific emerges as a compulsory undertaking and the US and India could be seen as losing no time in making progress on this front.

It does not follow from the foregoing that confrontations of a military kind are a distinct possibility or are imminent in the region. This is clearly not the case because the powers concerned would stand to lose much rather than gain anything positive by perpetuating contentious and conflictual ties with China. The enormity of the economic losses alone that would occur for China and its contenders would be of such magnitude that war would be avoided to the extent possible. The US and China know this for a fact and this is the reason why the Biden administration is showing considerable keenness to restore normal trade and investment ties with China.

Smaller states of the Indian Ocean Region have no choice but to follow a strictly Non-aligned policy in consideration of these deepening divisive tendencies in current international politics. They cannot be seen as leaning too much towards either of the main contenders and their allies. For example, Sri Lanka cannot be seen as being exceptionally loyal to China at the expense of the US or India. Sri Lanka is too small and poor a player of the world and the fact is that it needs the cooperation of all the current notable powers. It will need to be truly Non-aligned; that is, it will need to be a friend of all the states that are influential and powerful. It will find that it has too much to lose by forsaking the cordiality of any of these major players.

These smaller states would be making a fatal foreign policy blunder by adopting the tactic of “playing one major state against the other” in their bid for survival. This is because they would not be able to withstand any inimical acts that would be initiated against them by the major powers in the event of the latter’s interests being harmed by the minor players concerned. However, the best neighbourhood policy that could be adopted by smaller players is to be on the best of terms with their closest neighbours. This is an essential pre-condition for survival.