As a Sri Lankan New Zealander, I know my adopted country can find compassion amid terror-by Himali McInnes 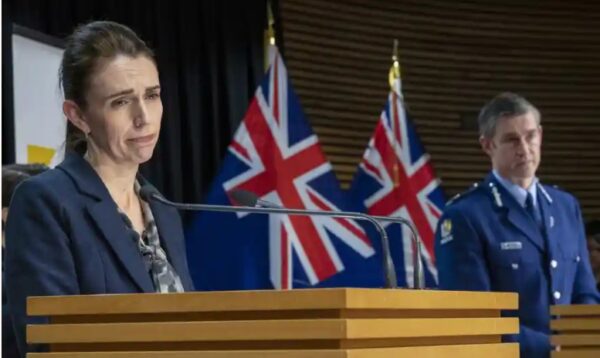 Itook some old, blunt kitchen knives to a second-hand shop a few months ago while decluttering. They politely declined the items, citing their policy against selling anything that could be used as a weapon.

This shop’s policy now seems prescient. On a sunny spring afternoon, while West Auckland shoppers took pains to protect themselves against the coronavirus in a locked-down city, a terribly visible threat grabbed some sharp steel from the shelves, ran screaming down the aisles, and started stabbing random shoppers in the name of an invisible cloud of hate, alienation, radicalisation, distrust, anger, violence.

Reports that the terrorist was a brown man, a Sri Lankan national twisted by Islamic State ideology, ignited a maelstrom of emotion within me. Disbelief – what else could possibly go wrong, in a world wracked by pandemic? Horror for the victims and others, as they scrambled to flee. Pity for our Muslim New Zealanders, for the ripping apart of unhealed wounds from the events in Christchurch in March 2019. Pity, too, for our diligent police – what reckoning would come over their actions or possible inaction?

Mostly, I felt overcome with shame. Three decades of my own lawful, productive, abiding-by-all-the-rules (apart from the rules around dog-leashing in public) Kiwi citizenship came into sharp, questionable focus. The photo of the man, crouched on bare earth and pointing a gun off-camera, looked so awfully familiar. The honey-brown flesh of his arms, the cut of his chin: they reminded me of uncles and brothers and cousins and friends. My own face is so very Sri Lankan in its attributes, and I suddenly felt naked and responsible. Strangers might recognise my ethnicity, and perhaps a rogue element might hold me accountable for the actions of someone I did not know but with whom I had some genetic commonalities.

I have long felt uncomfortable with being Sri Lankan. As a child, I loved visiting the land of my birth, and felt a strong connection to my cousins and grandparents. What is there not to love about delicious crab curries, pineapples so sweet they were crystallised heaven, the gold flesh of jackfruit, the savoury crisp of egg hoppers melting on the tongue? We climbed guava trees, clambered over the logs in my grandfather’s sawmill, dug holes in the sandy soil of Colombo. My parents, my brother and I lived overseas – in Malaysia, then in Papua New Guinea, and finally New Zealand – but Sri Lanka was always “home”, the place that I planned to return to one day as an adult.

The land of Lanka is a chequered melting pot of ethnicity and religion, scribbled over by successive centuries of colonisation. From 1983 onwards, a civil war exploded, affecting island life in a multiplicity of ways. During one return visit in 1987 as a 13-year-old, I witnessed something that completely changed my attitude towards this country. There, on the road outside my grandparents’ big red gate, was the charred body of a man, a burning tyre necklaced around his neck. This killing occurred amongst many other murders as the government tried to quash a Marxist uprising. Suddenly, I didn’t want to be Sri Lankan anymore.

Later, in 2007, I returned to Sri Lanka with my Kiwi husband, to work with the World Health Organisation as it sought to help largely Tamil civilians in the north and east of the country. Again I became aware of how much blood soaked this beautiful country. There was a stark discrepancy between the realities of life lived in refugee camps by people afflicted by the twin terrors of civil war and the 2004 tsunami, and the somewhat bombastic, nationalistic media that we’d read back in the capital. Being from the majority Sinhalese ethnic group and minority Christian faith, I felt a grievous sense of injustice for my Tamil brothers and sisters.

A funny thing happened in 2021, though. I went to a play called The Mourning After by my friend Ahi Karunaharan. For the first time, I saw a Sri Lankan-New Zealand story being depicted on stage, and I was overcome with nostalgia (The baila dancing! The kabaragoya, a large lizard I used to run shrieking from as a child! The well-meaning but meddling relatives!). Memories washed through me, of mist-wreathed tea plantations, ancient ruins, the lapidarian waters tickling Dutch forts; but mostly I thought about the people of Sri Lanka, those gorgeous smiles that are truly the most beautiful in the world, the deferential tilting of the head, the warm brown eyes and overflowing hospitality. I knew I had to make a different kind of reckoning of what it truly meant to be a Sri Lankan New Zealander.

New Zealanders are amazing at responding the right way to so many things. My theory is that this is due to the relative smallness of our communities; people are people, not simply inhuman labels. I am confident that the majority in this country will recognise the complexity inherent in each New Zealander, of whatever ilk they may be, and respond with compassion – as well as disgust – to this terrible event.

Himali McInnes is a Sri Lankan New Zealander who is a family doctor and writer. Her book of medical essays, The Unexpected Patient, will be released by Harper Collins this month.