Antonians in UAE excel in 3×3 basketball 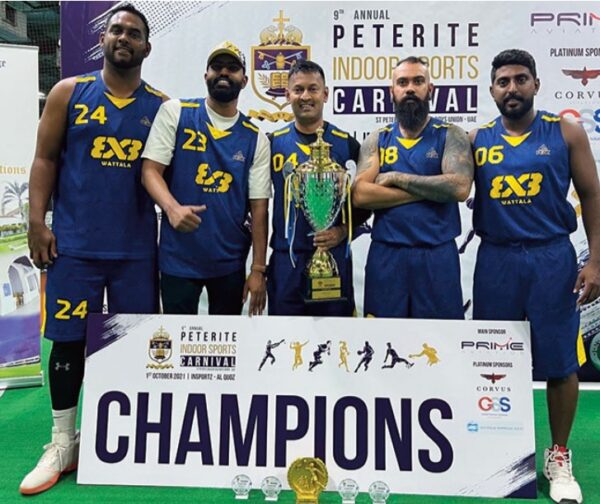 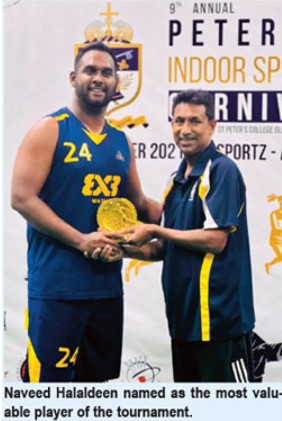 The Old Boys of St. Anthony’s College Wattala in UAE formed a 3×3 basketball team in 2013 to take part in the first ever Peterite Sports Carnival in UAE. Hailing from a school which is well known for producing basketball players to the national team, the newly formed team lived up to their reputation and were able to win the SPC UAE’s first sports extravaganza. That was the start of a successful journey in basketball with the team recording victory in many editions thereafter.

This Antonian outfit went on to register victories in the 2014, 2017 and 2019 editions. Team was led by veteran players such as Rajeewa Fonseka, Thilina Jayaratne and Malintha Shamal.  Their only disappointments in this championship were in 2016 and 2018.

This year, the former Petes presented their 9th edition of the Sports Carnival on September 30 in UAE and Wattala Antonians regrouped with young players such as Naveed Hallaldeen, Rinsley Sanjeewa, Dion Jeramy and Janaka Perera. Thilina Jayaratne was the only veteran player yet they went on to clinch the title again.

Naveed Hallaldeen played a vital role during the tournament, bagging the most valuable player while Thilina Jayaratne kept the team confidence high with the support of Rinsley, Jeramy and Janaka.

With this latest title the team has now won six championships and one runners up position in UAE.