Both winners and runners up had a total score of 38 points played on a Stableford format and the winners edged out Harsha Abeywickrama and Amal Cabraal of the Sunshine Holdings team to the runner up osition based on the best score on the last nine holes.

22 teams vied for the W Shakspeare Shield which brings together two institutions with over two centuries of collective history – the 109 year old Carsons Cumberbatch Group and the 143 year old Royal Colombo Golf Club.  It is the oldest on the Board of the RCGC competitions.  The competition is open to two member teams representing corporate, industry, NGOs or diplomatic missions.

The tournament is named after a former Chairman of Carson Cumberbatch PLC, W Shakspeare who was elected to the RCGC Committee in 1908.  He initiated the Foursomes Competition in 1911, which todate, has remained an annual fixture etched in the RCGC calendar.  Carson Cumberbatch has since then exclusively sponsored this tournament.

One of the oldest conglomerates in Sri Lanka, founded in 1913, Carson Cumberbatch is now one of the largest in Sri Lanka, with business interests in Indonesia, Malaysia, Singapore and India spanning palm oil plantations, oils & fats, beverage, portfolio and asset management, real estate and leisure. 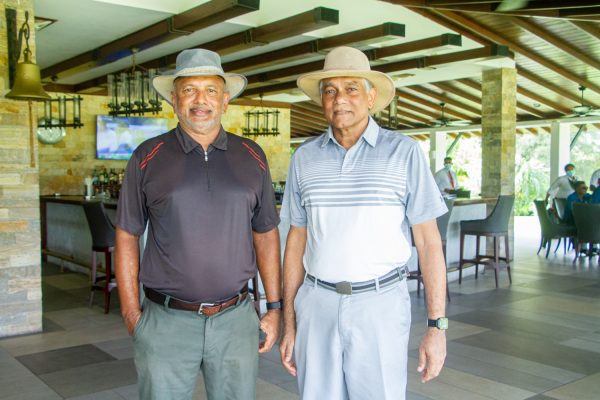