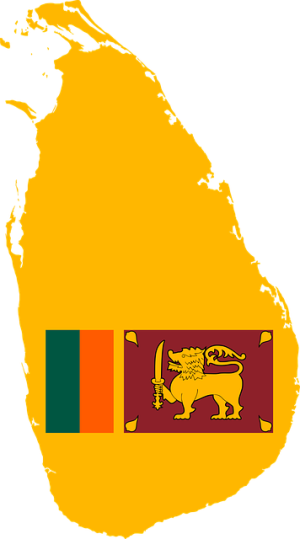 There was so much hoo-ha about ex-President Gotabaya Rajapaksa’s intention to revert Sri Lanka towards a self-sufficient nation (Sawbagya Dekma). His main aims were to build a healthy nation for future generations by reducing toxic fertilisers and replacing them with carbonic fertilisers. The ex-President received the wrong advice from his so-called  ‘new advisers’ to execute it overnight. He made a horrible decision by listening to his new advisers and ignoring the intellectuals (Viath Maga) who supported him in seeking power (6.9 million) votes. Ultimately, the farmers’ protest, which led to a general public protest (argagalaya), cost him the presidency and he had to leave the country. Meanwhile, a new President had to be appointed according to the Constitution.

There was so much opposition from the farmers, who constantly disagreed with the proposal to an overnight decision to introduce carbonic fertiliser. However, in Sri Lanka, all the opposition parties joined the bandwagon for political gain. Usually, all international opposition parties would be inclined to object whenever their government attempt to tread the wrong path. For example, England can be cited as a typical example in this connection because, during the recent war with ‘The Falkland Islands, the main Opposition Party, the Labour, supported the Conservative Government to the hilt because they always placed the country first before politics. In Sri Lanka, of course, it works in the opposite direction where every action, whether good or bad, the opposition finds faults with the Government.

Sri Lanka has been a self-sufficient country from time immemorial. She holds a record in exporting rice and spices to other countries. Merchants arrived from foreign countries to ‘Ceylon’ to buy and export spices and rice. In doing so, the good old ‘Ceylon’ was self-sufficient many years ago. One needs to research the 5th century BC to delve into our ancient history.

Historians believe a ‘Ceylonese’ race descended from an Aryan stock before the foreign invasion took place. At that time, Islanders were called Yaksa Clan, and the whole Island was governed according to a caste system that prevailed. The Mahavamsa also reveals how Prince Vijaya from Western India, with his entourage, arrived in Ceylon with the help of Kuveni and settled down in various parts of the Island.

Paddy cultivation had been the leading agricultural industry in India at the time Prince Vijaya invaded Ceylon. With his ruling experience in India, Prince Vijaya quickly adapted to similar rulership methods in Ceylon and introduced paddy farming.

King Vijaya was very much familiar with the customs and traditions of ‘Ceylon.’ A unique feature was that wherever he established his kingdoms in Ceylon, he always made a Princess from his clan participate with him at Coronation ceremonies. To this effect, he sent presents to King Pandi with gifts of pearls and valuable jewels for princesses. It affected his fortune to a certain extent! It is mentioned in historical records that King Vijaya spent over Rs 200,000 on gems and precious stones (at that time) annually for Indian princesses.

King Vijaya led a pious lifestyle and ruled ‘Ceylon’ for thirty-eight years, giving sound advice to his subjects. The King protected and maintained self-sufficiency in ‘Ceylon’ during his reign. He made Tammannawa the Capital City.

The progress of Ceylon had a vivid history in all forms, economically, culturally, and agriculturally. However, it is tragic that after Vijaya’s rulership, a gradual degenerative nature influenced the country over the centuries.

It is impossible to fathom the economic deterioration over two thousand five hundred years of history. It also becomes difficult to analyse various stages of the historical development of Ceylon as G. H. Perera, Christy de Silva, and C. Mendis wrote Ceylon’s history because history is usually a comparison of the present and the past. Several historians have categorised the nation’s history as ‘ancient’ and ‘modern’, based on Kingdoms!

The transport of goods to long distances in Ceylon became impractical in the absence of any modern vehicles and logistic centres that have appeared today. Consequently, villagers were compelled to produce food, which augmented paddy farming.

Paddy cultivation consisted of two stages. Farmers had first to clear the jungle areas, prepare the ground, and separate those into patches, such that each Kanne (period) had access to the water required from the artificial drains which collected rainwater. Paddy farming seemingly became a profession and continued as an industry.

The King was regarded as the sole owner of lands in the country. Therefore, every person who earned out of vegetation from the King’s land had to pay a certain amount as ‘tax’ to the King, This was known as the land tax. This tax was the King’s sole income. The King maintained a list of taxpayers by supporting authentic documentation called Lakam Mitiya. It consisted of details of every cultivated land, the owners of paddy fields and the size of the paddy fields, number of lakes, lochs and waterways that belonged to farmers. The Lakam Mitiya was placed in the Royal Treasury. The Royal assent declared that every official of the King appointed as Adikarm or Vidane was responsible for supervising their allotted areas to supervise and improve agriculture.

The lakes and lochs

After the recent coronavirus pandemic, concentration was centred upon a change in our attitudes and self-sufficiency. In the olden days’ lakes, lochs, and waterways were constructed systematically by ancestral engineers and artisans. We must emulate our ancestors to learn how they expanded irrigation systems elegantly with planning.

In 1910, an American tourist named Brigalow did a tour around Ceylon and commented on old Ceylonese irrigation systems as follows:

Many centuries ago, when the Western civilisation was in a dream stage, what Arians had constructed in Ceylon put the Western engineers to shame. The water management towards cultivation was astonishing. The Ceylon engineers’ work on huge lakes  compared with the Panama Canal appeared as a piece of cake for Asians!”

Ceylon was under British rule as a Colony for nearly one and a half centuries. Up to date, what people see today is only what the British achieved in Ceylon. Except for a few expressways. Fortunately, when the British left Ceylon, ‘locals’ had become intelligent in sorting what was good from the bad!

During the colonial era, British citizens did several tours around the country both officially and personally to study the land in and out. The following is an array of exclamations of the Britishers.

In 1815, the Government Agent in Badulla, Bailey, published a worthy report, with the consent of the ‘Government of Ceylon’. It is recorded as follows:

It is impossible to observe massive water projects constructed by Ceylonese engineers in any other part of the world. This is my opinion. Exclamations of Britishers came out as follows: ‘The gigantic irrigation work by Ceylonese engineers is a rare occurrence. It is impossible to imagine how such advanced irrigation engineering had taken place in a country like Ceylon!”

Sir James Emerson Tennent, who arrived in Ceylon as the new Colonial Secretary of Ceylon in 1845, had to exclaim about Ceylonese work in this manner:

Out of all the enormous projects in Ceylon lakes and waterways take prominence in my memory. Such advanced technological work could be compared to the Morris Lake in Egypt. It is one of the grandest engineering marvels of the ancient world. It is mysterious how such advanced engineering works were carried out.”

In recent times a typical example should be seen as the Mahaweli water project (Maduru-Oya) during the 20th century. British engineers used the latest and up-to-date equipment in working in Maduru Oya but could not find the Aniket (the dam constructed across a river to fill and regulate the water supply). Still, fortunately, an ancient sluice emerged accidentally, which was done during the Anuradhapura polonnaruwa era covered with soil and mud.

Records show that the gradient of old lakes and waterways was under one foot over a mile. The slope was only up to six inches per mile in certain areas. It goes to show how skilful the Ceylonese ancestral engineers were.

History further reveals that the old folk did not entirely depend on rain for water, but they found other ways to divert lake water by manually cutting drains for water supply to paddy fields.

Another mystifying occurrence recorded is how the ancestral engineers let water flow from lower levels to higher elevations. For example, Tissa Wewa was situated at a much higher elevation than the Kala Wewa; however, Ceylonese ancestral genii had managed to let the water flow to Tissa Wewa by constructing a 56-mile-long Yoda Wewa, with a gradient of only one inch per mile.