AI Augmented Design: A trend of designing with machine learning – By Aditya Abeysinghe 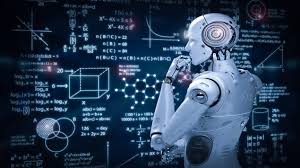 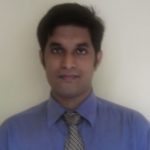 Augmented Intelligence is a subsection of Artificial Intelligence (AI) where AI algorithms are used to obtain information based on an input rather than act autonomously. A system which use AI often replaces human involvement and acts on its own when inputs are provided. AI systems often act independent to humans by making their own actions based on decisions they make. In contrast, augmented intelligence uses data to provide actions that a user could make in the form of information. Therefore, actions based on analysis of data are made by the user as opposed by the system.

AI uses different techniques to act based on processed data. Classification, regression, etc. are machine learning types that are used in AI systems to process inputs. Using these types AI can act with or without human input. AI is often seen as a rigid method of performing tasks as it often cannot act other than the logic setup in a system. Humans, in contrast, can act beyond what was captured and use insights provided by information to decide on which action should be followed. Augmented intelligence is a mix of both methods since it uses automated methods to detect links between data but does not act based on the information it has generated.

Another advantage of using augmented intelligence is it is less costly than using AI directly to act on insights. Like AI, augmented intelligence includes all steps in the AI model building phases from gathering data to testing outputs. However, often the largest cost of an AI system is on building and monitoring components that automatically acts upon decisions. Costs for managing these small sections and other parts of the systems that link with these sections are costly than costs generated during gaining insights.

Use of augmented intelligence in design

Designing a model of something is a step of tasks that involve high cost, time and risk. By using models, a task could be closely managed with regard to time, cost, scope and communication between members. Designing a model starts with designing each part of the model using a graphical editor or by manual input. Then these models could be compared with the cost and other metrics on whether they are feasible to be built.

Comparing a model with cost, time, and risk is often a tedious task and time consuming without using AI or other automated approach. By using AI, time consuming tasks could be performed in parallel with manual tasks. Also, costs and errors of such tasks could be reduced. Therefore, AI could be used to monitor models with different rules on whether they could be continued to the next level. However, AI is often not intelligent alone on which action to complete to fix an issue or changes to be performed.

Augmented intelligence combines manual and automatic knowledge. Therefore, it could combine automated processes to detect trends in data and compare models on whether they could lead to any issue during different stages of building and testing. It could also use human knowledge to create accurate decisions and reduce costs in model building.