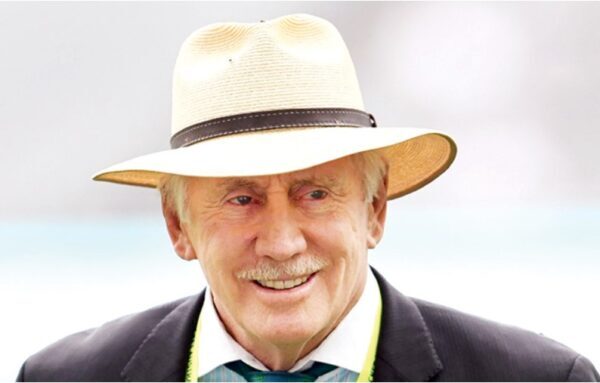 Most of us know Ian Chappell as a commentator who pulled no punches. But he also could dish out humour like he did ahead of the Adelaide Test match of 1996. “The good news is that Sri Lanka are playing someone with extra pace and the not so good news is that we have to pronounce Ravindra Pushpakumara.”

Chappell was most cricket fans’ favourite commentator and he will be missed as he  was the best storyteller in our game.

“I realized Australia were losing the plot ahead of the 1996 World Cup final before the toss. I had to do an interview with Shane Warne after Ravi Shastri had done one with the Sri Lankan captain Arjuna Ranatunga. As I approached Warney, he asked me,  ‘What has that fat b****** had to tell about me now.’ Arjuna had said that Warne was an ordinary bowler,”  Chappell recalled in a recent interview.

Speaking about Sri Lanka’s recent  slump, he made some sharp observations. He said that during his visits to the island in 1980s and 1990s, he had seen cricket (tennis ball) being played in every nook and corner. However, he felt that in his recent  visits the game had been more restricted to organized cricket and that was a sign of youngsters losing interest in the sport.

Someone who called a spade a spade, Chappell didn’t mince any words even when his brother  Greg ordered the underarm delivery against  New  Zealand in 1981.

The grandson of former Australia Test captain Vic Richardson, Chappell wasn’t afraid to take on the establishment. He was one of the first picks by business tycoon Kerry Packer when the World Series cricket was aired in Channel Nine. After 45 years of entertaining the game with his brilliant observations, there was no farewell game as such for him and the announcement of his retirement was put out in an interview. Many were the commentators who were inspired by Chappell.

Work was religion for Chappell as even in his 70s he  worked as hard as any young person in the game. The other salient  feature of his career was he was always being a voice for the voiceless.

He was someone who cared deeply for the underprivileged. Once during a tour of Sri Lanka, the local television crew had organized a party. Chappell was the only commentator to turn up for the event and had asked the TV Director who is paying for all of it. After being informed that it was the local crew, Chappell had said, ‘They don’t earn that much. Here’s my contribution,”  and had given away couple of hundred dollar notes that would be sufficient to take care of the expenses.