Aeroflot to launch services to SL from 4 Nov. 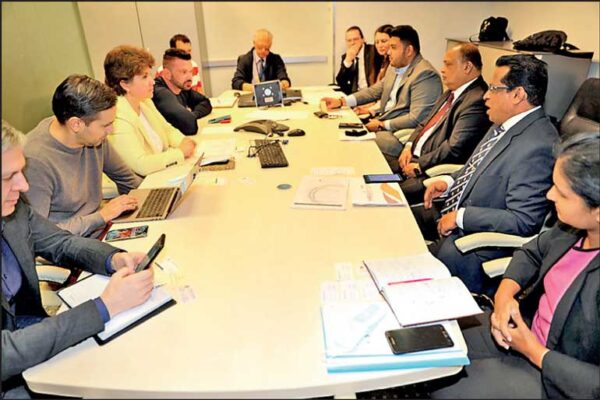 Russia’s Aeroflot will commence a new direct service between Moscow-Colombo, which starts on 4 November.

The decision was made at a top-level meeting held between Russian Aeroflot officials and the Tourism Minister Prasanna Ranatunga-led six-member visiting delegation in Moscow, Russia.

The Government is making a fresh effort to woo more tourists by tying up with leading international airlines, aiming to promote Sri Lanka as a safe and attractive tourist destination.

This discussion with Aeroflot’s top officials was the launch of the promotion initiative.

Previously, Aeroflot planned to resume flights to Sri Lanka from 2 September, but it was postponed indefinitely due to raging COVID-19 cases in the country. Initially, it was decided to operate two flights weekly.

The discussion also focused on the health protocols implemented in Sri Lanka and the restrictions imposed on the number of passengers on board.

In response, the Airport and Aviation Services (Sri Lanka) Vice Chairman Rajiv Sooriyaarachchi said there was no limitation for international tourists.

Since the reopening of borders on 21 January, the number of Russian tourist arrivals to Sri Lanka had increased.

Sooriyaarachchi expressed confidence that the number of Russian tourist arrivals would increase further with the launch of Aeroflot’s direct flights from 4 November.