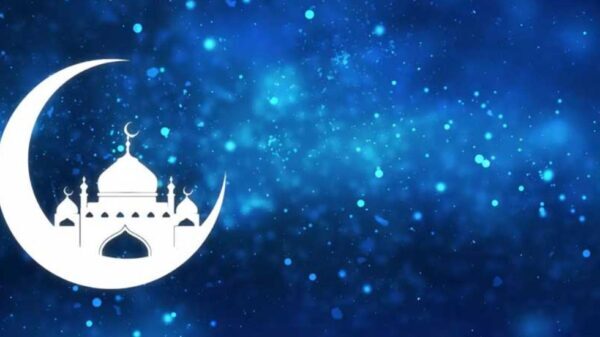 Muslims across the world celebrate Eid-ul-Adha or Hajj Festival whilst millions of people gather in the holy city of Makkah in Saudi Arabia to perform Hajj (this year, only Saudi nationals and foreigners residing in Saudi Arabia can participate due to the pandemic).

Eid-ul-Adha is also known as the ‘Festival of Sacrifice’. The observance commemorates the Prophet Ibrahim’s readiness to sacrifice his son in order to demonstrate his dedication to Almighty Allah. Eid-ul-Adha or Hajj Festival takes places on the 10th day of the final month of the Islamic lunar calendar Dhul-Hajj, which is the 12th and most sacred month of the Islamic year during which observant Muslims travel to the holy city of Makkah for Hajj. The Hajj is the pilgrimage to the holy city of Makkah and all able-bodied adults of the Islamic faith are expected to complete Hajj at least once in their lifetime.

History of the Hajj

Muslims believe Prophet Muhammad (Peace Be Upon Him) is the last messenger of Islam after the prophets like Adam, Idris, Nuh, Hud, Salih, Ibrahim, Luth, Ismail, Ishak, Yakub Yusuf, Ayub, Shuaib, Musa, Haroon and so on. Muslims performing Hajj follow the route the Prophet Muhammad once walked and the rites of Hajj are believed to ultimately trace the footsteps of the Prophets Ibrahim and Ismail. Muslims believe Prophet Ibrahim’s faith was tested by Almighty Allah (SWT) commanding him to sacrifice his only son Ismail. When Prophet Ibrahim was prepared to submit to the command, Almighty Allah stopped it sending a sheep through the Angel Gabriel (PBUH) to sacrifice instead

The pilgrimage to the holy city of Makkah is known as the Hajj. Hajj is one of the five pillars of Islam (the others being Shahada (Faith), Salat (Prayer), Zakat (Alms) and Sawm (Ramadan fasting). All Muslims are required to perform Hajj once in their lifetime if they are physically fit to undertake the pilgrimage to Makkah and have the finances to cover the cost of the journey. According to the teaching of Islam, Hajj is seen as a chance to wipe clean past sins and it gives an opportunity to start life fresh. When performing Hajj, pilgrims circle around the holy Kaaba counter-clockwise seven times, which is called ‘Thawaaf’, clothed in a white dress called ‘Ihram’.

The ‘Kaaba’ meaning ‘Cube’ in Arabic, is considered by Muslims to be the house of Allah; it rests within the Grand Mosque of Makkah. Holy Kaaba has a long history. According to Muslim traditions, Prophet Adam (PBUH) built the original Kaaba and later this structure was destroyed during the great flood, leaving behind nothing but the foundation.

The current structure was rebuilt by Prophet Ibrahim (PBUH) and his son Prophet Ismail (PBUH) and it is considered the Qibla which means the direction of prayers. Muslims perform prayers pointing toward the Kaaba. The exterior of the Kaaba is usually covered with a large black silk and cotton veil called the ‘Kiswah’ (robe) that has Quranic verses embroidered with gold thread on it. Each year a new one is created and prior to 1927, it was provided by Egyptian artisans who brought it with them in a pilgrim caravan that travelled from Cairo. Muslims do not worship the Kaaba, but it is only a centralised direction when performing prayers.

Millions of pilgrims from around the globe who gather each year in the holy city of Makkah wear simple white garments which are intended to strip distinction of wealth and status. Women wear plain white loose-fitting clothing and headscarves and men drape themselves in a seamless, unstitched white terrycloth garment. These white garments are called ‘Ihram’. The white garments (Ihram) are forbidden to contain any stitching – a restriction meant to emphasize the equality of all Muslims and prevent wealthier pilgrims from differentiating themselves with more elaborate garments.

Hajj Festival is also known as ‘Festival of Sacrifice’ because of the sacrifice of Prophet Ibrahim (PBUH) when His faith was tested by Almighty Allah (SWT) ordering him to sacrifice his only son Ismail (PBUH) as an act of obedience. Ismail (PBUH) was the only son born to Ibrahim and his wife Hajara in their old age after years of longing for a child.