A story surrounding the fantasy of undefined relationships – By Chanuka Wattegama

What today’s Sinhala literature badly lacks are variety and avant-gardism. The Sinhala print text has been dominated for too long by the senior generation–dreary old men and women who are not in touch with modernity, grossly incapable of experimenting with fresh themes- having already run out of steam several decades ago, and continue to play the broken gramophone discs to audiences they discovered in the ‘80s. They may be the ones who are awarded literary honours, but they are not necessarily the ones read. Gen Zers would not touch them with a barge pole.

Surath De Mel is not necessarily young. Still, he is skilled at touching ‘young’ themes that no other current author dares experiment with. Instead of middle-aged adulterous relationships, young aristocrats living in ancient mansions built by their great grandparents, poor peasants, corrupted politicians, and deceived women – the common ingredients of the majority of current Sinhala novels, De Mel always paints portraits using fresh themes. His debut novel ‘Thee haa Thaa’ dissected the love and lust of Gen Y. With his second novel ‘See+’, already into multiple editions within a few months, he brings to the table some of the virgin themes within the Sri Lankan context.

Surath De Mel is not necessarily young. Still, he is skilled at touching ‘young’ themes that no other current author dares experiment with 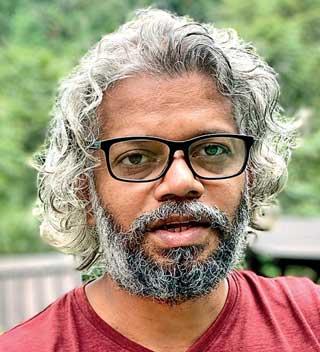 The story is weaved around three playful girls in their post-teens– Dil (Sathsarani), Muthu, and Manasee – the narrator. Dil is the protagonist and Muthu appears to have an unexpressed voluptuous magnetism toward her friend. Manasee seems to play only a minor role, if at all, though the book gets its name from this unassuming character. There are no prominent male characters – though the masculine attitudes toward love, sex, and relationships are widely discussed from the first page to the last. The story is about the dreams, selfishness, and altruism of the three girls. While De Mel meticulously avoids getting into the negativism as he has done in his previous book, See+ is not exactly a manual for positive thinking too. Neither is it a handbook for feminists. The three girls collectively attempt to reach a common goal, but by not giving up their individual vanity and jealousy. So much for the teamwork!

The story structure is simple. Dil wants to win national fame through a TV reality show. (Mana) See, her best friend helps her in the attempt. Later joins the third girl, an undergraduate from the English Department – creating a not-so-common bond in university with ‘Sinhala-only’ girls. Dil and Muthu start an undefined relationship with each other – which can be placed somewhere in the line that separates friendship from infatuation. The book hints about a few incidents where they would have crossed the limits of a normal friendship, but towards the latter part of the narrative, Muthu accepts Dil’s affair with Ashen, a fellow competitor of the reality show.

Winning the reality show is not an easy task, for which the three girls have to repeatedly break the competition rules. They do this with no feelings of guilt as they know well, that the show itself is nothing more than sheer exploitation of innocent’s talents for the popularity of the channel. The Producer of the show, as well as the Channel Director, sexually abuse the competitors, and fix their positions based on their willingness to satisfy their carnal demands. The girls create more challenges for them. The encounters become so surrealistic that finally, the reader will be the judge of the question of who uses whom. It also reminds us of Marilyn Monroe’s famous quote: “I’m a failure as a woman. My men expect so much of me, because of the image they’ve made of me- and that I’ve made of myself- as a sex symbol. They expect bells to ring and whistles to whistle, but my anatomy is the same as any other woman’s and I can’t live up to it.”

The mystery of the absence of conspicuous male characters may be attributed to the contemporary environment of the state universities. (Non-state universities may be different) Boys are too rigid and uncompromising to accept the social trends in the outside world – following international fashions, listening to western music and movies, enjoying the fruits of capitalism, and communicating in English – while girls get adapted to the same too quickly – gaining superiority over the former. This creates a societal vacuum with the girls finding boys not worth for forming a meaningful relationship with. It is elevated to such a point that once Dil suggests (Mana) See should seriously look for a girlfriend instead of a boyfriend. (Mana) See, the only established straight character among the trio, ignores the advice and tries to start a relationship with the only boy she finds decent enough for her. The affair ends dramatically, possibly because the boy appears to be gay. 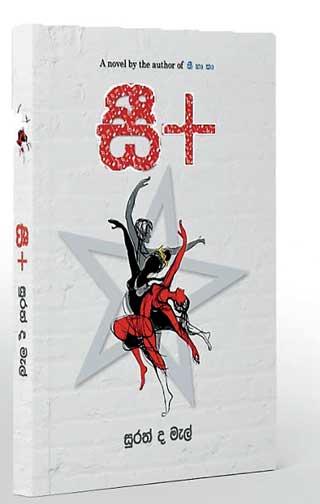 The only significant drawback I find in the novel is the haste De Mel exercises to end the smoothly progressing story. It would have been an end as dramatic as Chetan Bhagat uses in his recent crime novels, but this unexplained and totally unnecessary haste prevents De Mel from reaching such levels. Said that, De Mel also has many lessons to learn from Bhagat, who can make any unrealistic ending convincing and acceptable to the reader. De Mel, perhaps the only Sinhala writer who gets somewhat close to Bhagat’s style still is incapable of that vital ability.

See+, penned before De Mel’s first published novel ‘Thee ha Thaa’ (which has sold over 20,000 copies by now) does not offer the level of surprises as the latter. Still, it is capable of giving a series of mild electric shocks to your brain. A disturbing book for the disturbing times, I would like to recommend it to anyone who craves a brave new experience.