“A PERFECT PALINDROME” – by Des Kelly

AGNETHA, BJORN, BENNY & ANNI, THE ACRONYM THAT FORMS THE PERFECT PALINDROME, MENTIONED ABOVE.

ABBA was a Swedish group of many years ago that proved beyond doubt, that screaming songs out of a salivary mouth was totally unnecessary to ENTERTAIN (??) people.

This is the reason that this group is still so popular around the World. They are all retired now of course, but still have had many ABBA style groups try their best to emulate their heroes on-stage. Many of these groups did their best, and some have been very good, but none have been able to out-class the PREFECTS OF A PERFECT PALINDROME, ABBA. 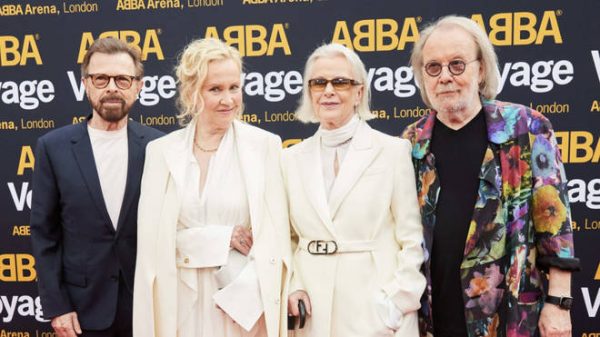 It was an incredible moment for ABBA fans, as the foursome finally reunited in public for the first time in decades.

Tonight (May 26) saw the launch of ABBA Voyage in London, the special concert that features virtual ‘ABBAtars’ alongside a live band and orchestra.

To open the live concert residency at the specially-built ABBA Arena, all four ABBA stars were in attendance.

Agnetha Faltskog, Benny Andersson, Bjorn Ulvaeus and Anni-Frid Lyngstad all appeared together on stage, to the delight of fans in attendance and around the world.

ABBA Voyage feature ABBA as virtual avatars, showing the group as they appeared in 1979. The concerts take place at the venue at the Queen Elizabeth Olympic Park in London.

The digital versions of ABBA were created with motion-capture and performance techniques using the four band members, and the team from Industrial Light & Magic, the company founded by George Lucas.

The last time ABBA were seen together in public was on a British TV appearance back in late 1982, 40 years ago.

Apart from performing a Swedish song as a birthday party surprise for manager Stig Andersson in 1986, the group would not be on stage together again for over 30 years after that.

In 2016, the four members of ABBA reunited on stage for an impromptu performance of ‘Me and I’ at a private gala in Sweden. But this was the first time they were seen in public together.

ABBA also reunited for their long-awaited comeback album Voyage, which was one of the best-selling albums of 2021.