If you were watching on TV, you might wonder what the big deal was. Khettarama, one of cricket’s great party grounds, overflowing as it almost always is for T20 internationals, roaring for Sri Lanka lbw appeals, vibing to papare even through rain breaks, generally being its regular rambunctious self. On the field, a dramatic batting collapse is unfolding. Even this feels like a familiar and comforting companion to Sri Lankan life. Even this only slightly dampens the mood. 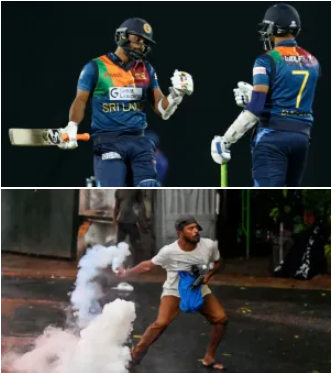 But right now this is just a snatch of normalcy in an otherwise relentlessly upsetting time in the history of the island. The kilometres-long fuel queues on the way to the ground are the most obvious signs, but there is much worse. Businesses are shutting down all over, no longer able to afford the imported supplies they depend upon, or failing to hold on to staff who can no longer afford the commute. 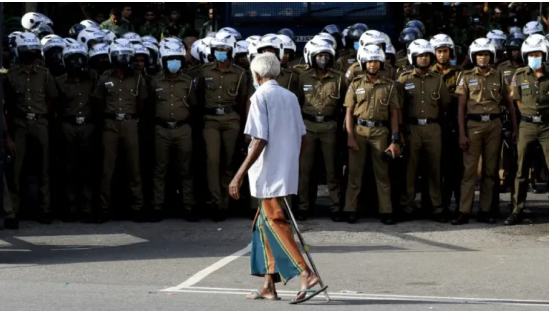 Hospitals are so desperately short of life-saving medicines, doctors in one of the most vaunted medical systems in the developing world have been forced to beg for basics.

Children have been hit particularly hard. Working- and lower-middle class families have been cutting back on nutrition for many months. With transport costs what they are, and the price of school supplies having soared, survival is a daily struggle, and education has become an afterthought. Don’t even start on the plight of tourism operators. In 2019 there were the Easter Attacks, then two pandemic years, and now an economic crisis and associated political turmoil, which is once again keeping visitors away.

What is cricket up against this much suffering? Some Australia players wondered that themselves, and asked whether it was appropriate to play cricket in a country that is gasping for air the way Sri Lanka is right now. When the tour began, and videos of Khettarama’s heaving stands made its way around the internet, Sri Lankan voices also began to throw shade at the crowd’s merrymaking.

Let’s start with what cricket isn’t. At this moment, it is no longer the primary unifying phenomenon on the island. This is a good thing, since silver linings are at a premium right now. Cricket has long been the one Sri Lankan passion that cuts across ethnicity, religion and class, but it has too often been merely an icebreaker – something that strangers from opposite sides of the various Sri Lankan spectrums can talk about, while being aware that they are not seriously talking. We might agree that a certain burly left-hander played too many ODIs for Sri Lanka, for example. But that gets us no closer to agreeing on matters of real importance.

What is cricket up against this much suffering? Some Australia players wondered that themselves, and asked whether it was appropriate to play cricket in a country that is gasping for air the way Sri Lanka is right now

Right now, thanks to protests across the island, cricket is not having to do the “national unity” heavy lifting it is largely unqualified to do. The minority grievances that have been aired at protest sites have in many ways been unprecedented, because for the first time, majority Sinhalese appear to be receptive to (or at least tolerant of) calls for justice for the devastation the state has inflicted on these communities. The idea that politicians intentionally seek to exploit divisions in order to gain power has become a mainstream conversation. The universal appeal of a Muthiah Muralidaran spell, or an Aravinda de Silva hook shot, are great, but in the most heartbreaking way, they do not stand up to the shared experience of struggling to feed your family.

And as long as Sri Lanka Cricket is in charge of the sport, matches will also struggle to be a site of anti-establishment sentiment, because there are few organised bodies in Sri Lanka that are more subservient to the political establishment than the cricket board. At Khettarama, fresh signs across the stadium banned horns, helmets and cigarette lighters, but also, snuck in near the bottom, was a ban on placards and banners. Don’t bring your anti-government signs here, was the directive, with police (who have water-cannoned and tear-gassed protesters all around the country in recent months) gleefully confiscating any materials that could be used to show dissent. 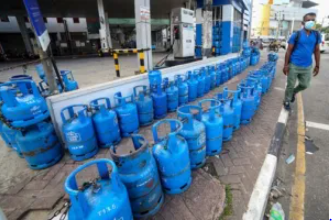 They couldn’t stop spectators shouting, of course, but when chants of “Go home Gota”, aimed at president Gotabhaya Rajapaksa, began, the Khettarama DJ would quickly intervene to drown out their voices with stadium pop. It may be worth noting here that SLC is not merely an extension of the Sri Lankan government, it is a manifestation of its worst inclinations, controlled as it is by elites who have long been deaf to calls for serious reform.

So, what can cricket do? Well, not a lot really, but perhaps what little it can do is enough. The tour is clearly bringing some money into the country. Not only are local hotels, caterers and transportation staff getting much needed work, the broadcast earnings from a full Australia tour are also significant. (This is why, despite consternation, the matches are being played at night; earnings from playing the games during India’s prime-time television slots are thought to be worth the diesel that powers the generators running the floodlights.)

But in a nation that wakes up to fresh hurt every day, the normalcy that watching their men’s team play (or as the case may be, suck), is not for nothing. People going through difficulty deserve this too. If in a country that lurches from crisis to crisis to crisis, cricket is a distraction, then let it be one.

Dasun Shanaka made a furious late charge at a total that always seemed beyond Sri Lanka, crashing sixes over midwicket, smoking fours down the ground, and through cover, batting desperately to bring his team some joy out of the series.

There was a bit of luck, but not that much. A wide that shouldn’t have been called, maybe. Australia’s bowlers missing their lengths a little more often than they usually would.

But in the presence of packed and uproarious Pallekele crowd, Shanaka hunted down 75 off the last five overs in the company of Chamika Karunaratne, who occasionally produced big hits himself, but was more the captain’s hype man. Shanaka had hit only six off his first 12 balls, but then went into supernova mode, blasting 48 off his next 13 deliveries, taking Josh Hazlewood apart, then Jhye Richardson, then Kane Richardson in the final over, from which 19 had been required.

As good as the two previous overs had been for Sri Lanka, it didn’t seem like they’d make it in the last one. Shanaka is not particularly good at crashing balls through the offside (deep midwicket and down the ground are his areas). But then the pressure of Shanaka’s outrageous hitting in the previous two overs got to Kane. Or so you’d surmise.

He bowled two clear off-side wides first up, which brought the requirement down to 17 off the last over, essentially. Then he bowled two decent deliveries, one of which was hit to sweeper cover, and a slower ball that Sri Lanka’s batters scrambled a bye off.

But with 15 needed off the last four, the real magic began for Sri Lanka. Shanaka slashed a slightly overpitched wide ball for four past point – his very first boundary of the innings in that region. Then, when Kane missed a straight yorker, he pummelled him down the ground, easily beating long-off.

Next was the shot that, for the first time in the chase, seemed to put Sri Lanka on top. A low full toss, walloped into the sightscreen behind the bowler’s head.

Richardson was flustered. He bowled a wide to give the win away. The batters ran a bye just to be safe. The Pallekele crowd was already in raptures.

Where Shanaka really got into his work was against Hazlewood. Sri Lanka needed 58 off 17 balls when Shanaka got the strike. Then he put a quasi-miracle into motion. Two big sixes to start – one over deep midwicket, one over wide long-on. Two fours to follow, through the covers, then down the ground. Hazlewood missed his length on all of those deliveries.

The next over, bowled by Jhye Richardson, started with a six, as Jhye tried a slower one, but again missed his length, and was bashed by Shanaka over midwicket. Two fours were to follow here, with Shanaka walloping through midwicket again, after Karunaratne crashed one through deep cover.

Perhaps the most controversial moment of the match came when umpire Kumar Dharmasena called a wide off what would have been the last delivery of the over, but which had passed inside the tramlines with the batter (Shanaka) taking a regular guard. Shanaka had left the bowlers no option but to chance this line though.