A leap of faith: high jumper changes her life and rediscovers her love-By Michael Gleeson 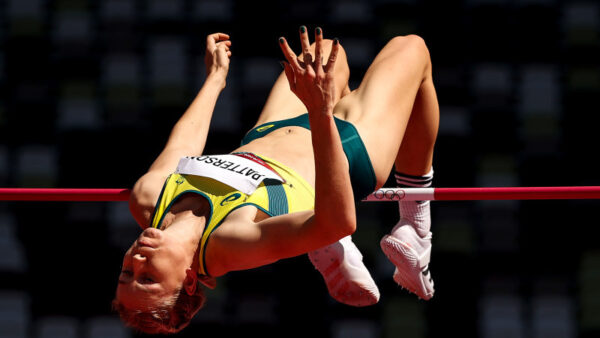 Eleanor Patterson on her way to qualifying for the high jump final in Tokyo.

Eleanor Patterson gave up high jumping in 2018. She just couldn’t do it anymore. She was deeply unhappy. Jumping, the one thing she loved, no longer gave her any joy.

She had won the Commonwealth Games gold medal in Glasgow in 2014 as a crushingly shy 18-year-old schoolgirl from Leongatha. She went to Rio for the Olympics but it didn’t end well. She missed the bar at training heights and went out in the opening round. She cut a lost, despondent figure leaving the field that day.

By the 2018 Gold Coast Commonwealth Games, she had fallen away as an athlete, failed to make the team, and gave the sport away.

Yet on Saturday night Patterson will jump for an Olympic medal in Tokyo.

“It’s funny, this whole experience here is a little bit of deja vu, but it is completely flipped upside down. I am a completely different person to what I was five years ago,” she said.

“I am different in so many manners. My last championship was Rio 2016. I haven’t done anything essentially since then, so I am just so happy to be partnered up with (coach) Alex Stewart and to be on this journey. 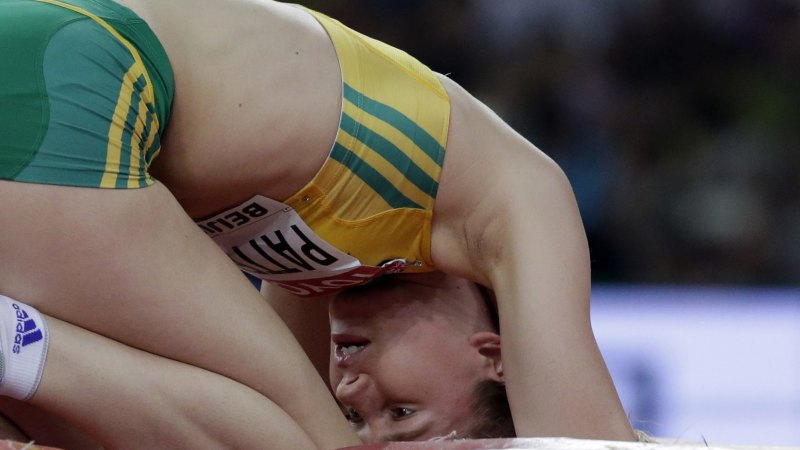 Australia’s Eleanor Patterson after she was eliminated from the women’s high jump final at the world championships in 2015.

“I essentially quit the sport in 2018 and I didn’t jump for over a year, and then I really had to decide: is this really what I want to do or not? Here I am because I knew I wasn’t finished.

“It is that deep-seated knowing that I belong here.” 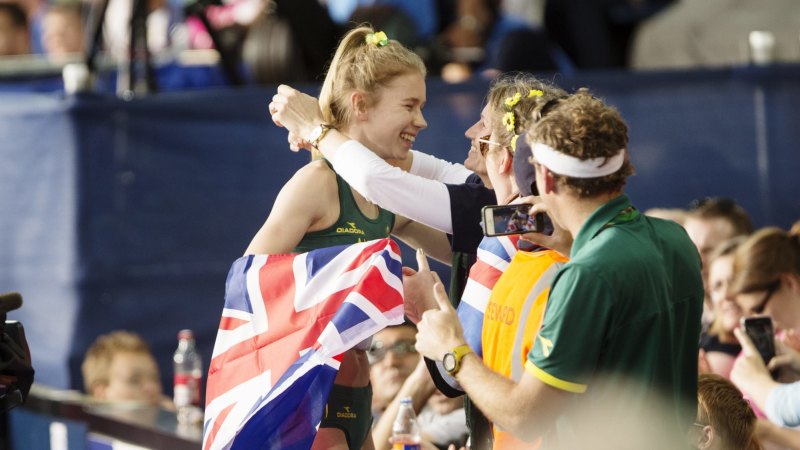 Patterson overhauled her life. She left Leongatha and moved to Sydney. She got a new coach and suddenly the world lightened up for her. She didn’t realise how miserable she was until she stopped being miserable. She is happy now, life is good.

Speaking to her, the difference is immediately apparent. She is confident and sunny, not fidgeting and self-conscious. The emotional change has created a physical change. She is leaner and fitter than before, though her workload has not changed. Emotional turmoil had taken a physical toll.

She accepts that this maturity, in larger part, is down to her decision to force change on her life and change her environment.

She is jumping big again. Her performances have been slightly overshadowed by Nicola McDermott, who has twice broken the national record – a record Patterson previously held – and has become the first Australian woman to clear two metres. She then went one better – literally – and raised the record to 2.01 metres. 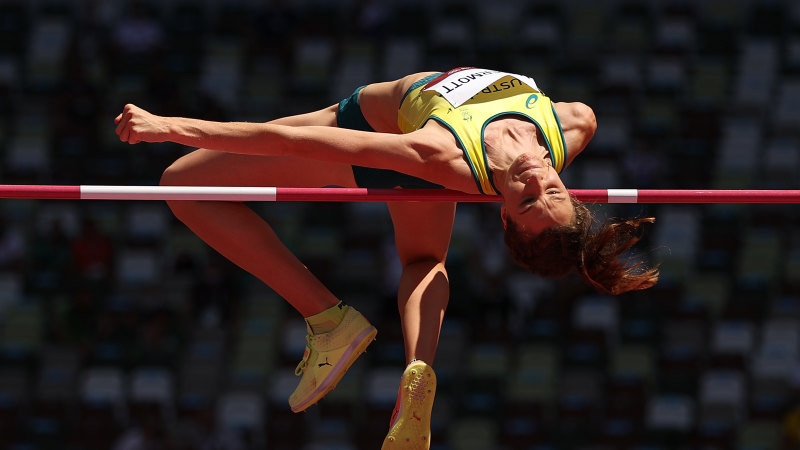 The pair are friends and rivals. They live an hour-and-a-half apart and have different coaches so they don’t train together, but having strong domestic competition has pushed both of them to higher things.

“I am just so excited she is here on this journey with me as well. We push each other and she is doing phenomenal things,” Patterson said.

And as for the final on Saturday night?

“It’s wide open. You would not go in there without believing you can jump big heights. First and foremost, I believe I can jump over two metres, so that is my intention: to jump a PB. Whatever that brings, I am thrilled for.”