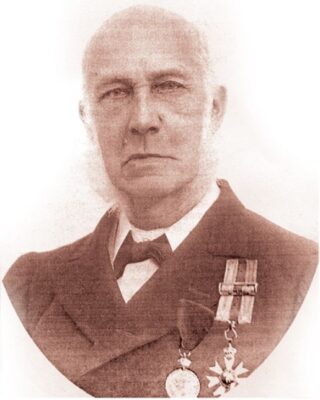 Dr. Pieter Daniel Anthonisz’s father was Leonadus Henricus Anthonisz who was the Chief Clerk of the Galle Customs. His mother was Susanna Dorthea Deutrom. And, Dr. Anthonisz was the eldest of their 10 children, and was born in 1822.

At the time, there was no Civil Medical Department, or Medical School, in the island. But there were military hospitals which trained local young men as assistants.

Dr. Robert Sillery, in Galle, gave young Anthonisz an opportunity to become a doctor. In 1838 when Anthonisz was only 16 years, Dr. Sillery made him a 3rd class Medical Sub Assistant.

One year later, young Anthonisz, along with four others, formed the first batch of medical students, sent to Calcutta, to qualify at the Bengal Medical College. Four years later, they passed out as doctors, with Anthonisz heading the list.

Back in Ceylon, he joined the government service, with a salary of 85 sterling pounds per year. He, thereafter, performed many a formidable operation with success, which included the first successful operation for the removal of an ovarine tumour. 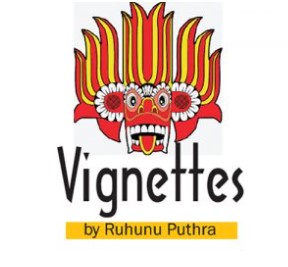 Eventually, he became the first Ceylonese M.R.C.P. (London) and F.R.C.S. (Edinburgh). On his return, he was appointed Colonial Surgeon of Galle.

He was an eminent doctor of repute who enjoyed an island-wide practice. Tall, stately and suave, he cut a distinguished figure.

In terms of the Municipal Councils Ordinance No. 17 of 1865, the Government Agent held, at the Galle Kachcheri, a meeting of the eligible voters as per the voter’s list, after due notice to them.

(Those qualified to exercise the vote were on a restricted scale, with the women having no vote).

At this meeting, names of candidates were proposed and seconded by those present. A vote was taken, thereafter, by the show of hands and the result of the voting announced.

Six members were elected at this meeting and Dr. Anthonisz was one of them.

The first meeting of this elected council was held on 26.4.1867, presided over by the Government Agent.

According to the above Ordinance, three or more councillors had to be appointed to form a Bench of Magistrates, to sit in open Court, for the trial of all crimes and offences, committed within the Municipality and cognizable by Police Courts in the Island, according to the law, and, accordingly, to try and determine such offences, and to award such punishment to offenders as authorised by the law.

Dr. Anthonisz served in the first Bench of Magistrates so appointed by the Municipal Council.

Later, he served as the Burgher Member in the Legislative Council. As its member, he was responsible for the extension of the railway from Galle to Matara.

With the Municipal Council Ordinance No. 7 of 1887, he again served the Council from 1894-1899 as its Chairman. Part of the land on which the Galle Park now stands was his gift to the Municipality.

In 1868, he was a co-owner of the Galle Royal Mail Coach. It carried the mail and passengers to Colombo. At that time it had to be ferried across three rivers, at Gintota, Bentota and Kalutara.

In 1894, when the Dadalla General Cemetary was opened, he moved, in Council, that the government be requested to provide a railway station at Dadalla as it would prove a convenience to attend funerals by train. Nothing came of this proposal.

The Galle Fort Ramparts, which today has been declared an Archaeological Reserve, owes its survival for posterity to him.

His strong advocacy and influence prevented the demolition of the ramparts in 1889, when he pointed out that it was built not only as a protection or defence against foreign foes, but also as a security against wind ad weather which, during the south-west monsoon, would flood parts of the Fort.

Dr. Anthonisz, the Colonial Surgeon, was also concerned with the defective nursing at Galle. It was his view that a class of trained nurses was very necessary to perfect the arrangements of the hospital, to afford comfort to the sick in their recovery.

At the time, the nurse was the servant of all work. The arrangement of a relation or a friend being allowed to stay and nurse the patient made the ward overcrowded.

In 1867 a penal diet was introduced as a disciplinary measure in the jail.

It was rice with salt, twice a day with plain rice-conjee for breakfast.

This penal diet was enforced for the first 10 days of every month, for six months. This diet was continued with hard labour.

Dr. Anthonisz was of opinion that a diet should not be made an instrument of punishment. He contended that with hard labour, the prisoners became listless debilitated and prone to disease.

It was also his opinion that lunatics should not be accommodated in jail and that it was an objectionable practice, as lunatics are not criminals.

In 1871, there was a serious outbreak of cholera. Due to his judgement, skill and energy in the sanitary precautions he took, he was able to stamp out the disease.

To combat cholera, he prescribed better sanitation, drainage and a good water supply to flush out the drains. He also recommended a system of three separate drains to carry away surface water, kitchen water and sewage.

He was a confirmed bachelor. Apparently, he had no time to marry and beget a family of his own.

In 1903, he died aged 81 years. The whole of Galle mourned. A crowd larger than any seen before attended his funeral. His memorial may be seen on the wall of the Dutch Church, Galle.

Two wards of the Colombo General Hospital were named after him – a fitting memorial to a person who was responsible for the establishment of paying wards in a Government Hospital. They were gifted by his friends.

The tallest and the most beautiful clock tower in the Island was erected in his memory, 22 years before his demise, by public subscription.

The clock was gifted by Mudaliyar Samson de Abrew Rajapakse of Kosgoda, a grateful patient.

The greatest tribute to this great son of Galle came from Sir William Gregory – the then Governor of Ceylon. Addressing the Ceylon Branch of the British Medical Association, the Governor said. “I should not be addressing you today but for the great skill and decision of Dr. Anthonisz, a man who would be an ornament to his profession in any other country as in this”.

(Most of the above details are from Norah Roberts’ Book titled “Galle Quiet As Asleep” published in 2005).

ANTHONISZ, Dr Peter Daniel, C.M.G., M.D. – born Galle. June 25, 1822, died Galle June 12, 1903. After his studies at the Bengal Medical College, Calcutta He was appointed Medical Sub-Assistant of the 2nd Class on October 1, 1845 and to the 1st Class on January 1, 1853. Proceeding to England in 1856 he furthered his medical studies there and returned to Ceylon in 1858. He was appointed Colonial Surgeon of the Southern Province on August 1, 1858, a position which he held until his retirement in 1880. The Burgher seat in the Legislative Council became vacant in 1886 by the death of Mr James van Langenberg and Sir Arthur Gordon appointed Dr Anthonisz to this position, which he held from 1886 to 1895. In 1887, when the Ceylon Branch of the British Medical Association was established they made him its first President. He received the decoration C.M.G. from Queen Victoria.(DBU Journal, Vol XV, Part 2, 1925)