A giant 3D cat has taken over one of Tokyo’s biggest billboards-by Megan C. Hills 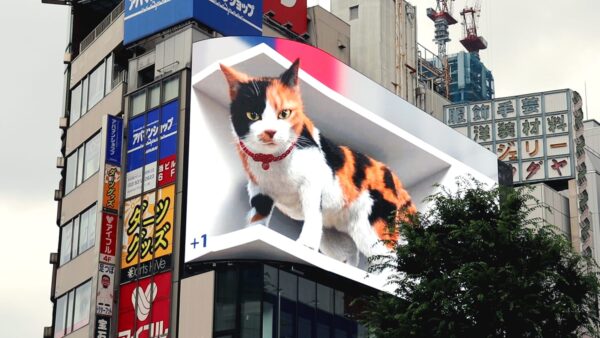 Agigantic 3D cat has appeared on a billboard in Tokyo, where it looms playfully over one of the city’s busiest railway stations. Shown between advertisements, the hyper-realistic feline comes to life on a 1,664-square-foot curved LED screen in the Shinjuku district. The 4K-resolution display shows the cat walking around high above the Japanese capital as it audibly meows
Airing between 7 a.m. and 1 a.m., the video changes throughout the day. The calico cat is first startled awake in the morning, and by the afternoon it can be seen standing up and meowing at passersby. In the evening, it lies down and falls asleep with its head rested on its paws.
Although the display doesn’t officially launch until July 12, test broadcasts have been taking place since last month. And the “Shinjuku cat” has already attracted attention online, with users calling it “cute” and expressing their amazement at the technology.
For those unable to visit in person, one of the companies behind the display, Cross Space, has started livestreaming a view of the billboard via YouTube. But in a press release, the screen’s owners cautioned that the 3D effect can be diminished depending on the viewing angle.
The billboard is located over the east exit of Shinjuku train station, an area known as a busy shopping and business center. According to a website launched for the display, which is known as Cross Shinjuku Vision, 190,000 people pass the screen every weekday. 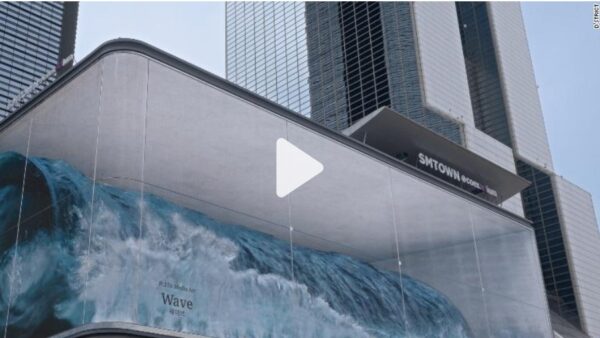