The two high jumpers, one from Qatar and the other from Italy, briefly speak with an official. The Qatari grins and nods to the Italian, who leaps on the Qatari, embracing him tightly, and spins around, wailing. He rolls on the ground, gets up and falls again.  Sinking to his knees, he picks up a leg cast on which is written “Road to Tokyo”, lifts it to the sky, and screams. The Italian flag draped around him, he begins a mad run around the stadium. 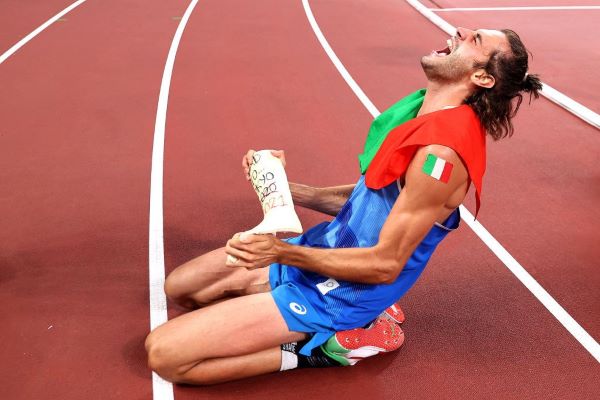 Meanwhile, the Qatari, more subdued but wiping a tear, walks over to his compatriots, who close protectively around him.

What is going on? Why is the Italian athlete going crazy? I am in Japan, obsessively watching the Olympics on four local channels. All in Japanese, a language I don’t understand much. So, only when the English news reports start arriving do I realize that I had witnessed perhaps the most beautiful moment at the Tokyo Olympics, where friendship overcame rivalry, and the human spirit soared.

The two athletes are Gianmarco Tamberi and Mutaz Essa Barshim. They have been friends for years, meeting at various athletic meets. Tamberi had even attended Barshim’s wedding, in Sweden, three years ago. At the Olympics, each cleared 2.37 meters (about 7.8 feet) without a blemish before failing at 2.39 m, and were given the option to settle matters with another jump. Instead, Barshim asked “How about two golds?”, and the official said it was possible. Tamberi’s joy knew no bounds, and his “crazy behavior” started.

What about that leg cast? Immediately before the 2016 Rio Olympics, Tamberi had a severe accident, and was a spectator at Rio, his leg in plaster. With serious doubts he could even jump again, Barshim had convinced him to resume training and return to the sport. On the cast, Tamberi had crossed out 2020 and written 2021.v 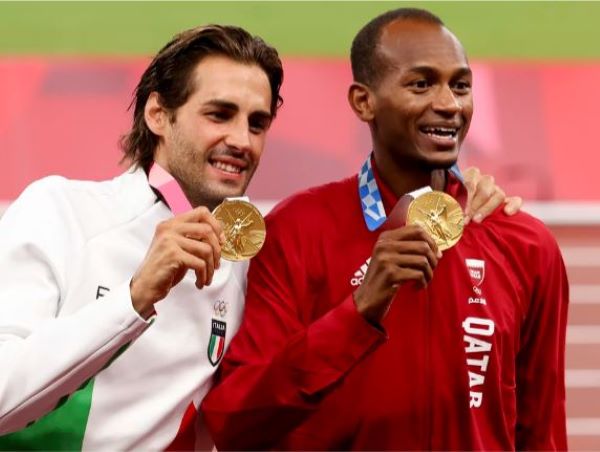 To quote Barshim, “He’s one of my best friends. Not only on the track but outside of the track. … True spirit, sportsmen spirit, coming here and delivering this message.”

But the story does not end there. Later on the same day, when Italy’s Lamont Marcell Jacobs won the 100 meters sprint, Tamberi was the first to greet him, Italian flag draped over his shoulder. The previous day, while playing video games at the Olympic Village, Jacobs and Tamberi had discussed the possibility of winning their respective events, and dismissed the idea as “too crazy”. Famous last words! 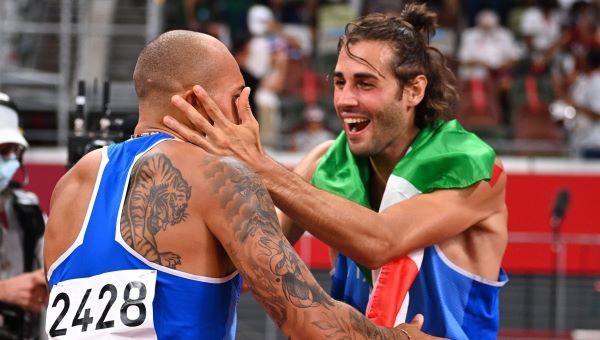 In a world of false friends, of broken dreams, Barshim and Tamberi showed us, even for a moment, that the world can be a better place.