Sri Lankan born Yevin Samararatne is a young golfer who has won many State and national golf championships in Australia. His achievements in golf and studies are the main reason for his nomination by the school to carry the baton.

“We were living close to the Logan Golf Range. It was a common sight to see players indulge in practices on the course while we were passing by. One day we dropped in at the course with my plastic golf clubs. A coach came up to me and my family after he had observed my swing and told us that I possess a great swing. This prompted me to pursue golf as a career,” Yevin recalled.

In 2011, Sri Lanka made an unsuccessful bid to host the event. Despite last-minute lobbying and a close contest, Hambantota received just 27 votes, while games-ready Gold Coast was endorsed by 43 Commonwealth Games Federation (CGF) members. 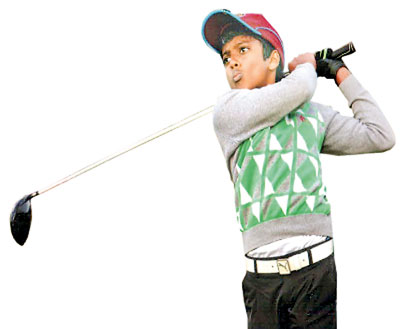 The CGF described Sri Lanka’s bid as “largely virtual” and offered medium to high risk. Sri Lanka took a huge delegation of 160 to the Caribbean, well ahead of the scheduled vote on November 11, 2011. Aboard the chartered plane were politicians, businessmen, cricketers, athletes, actresses, dancers and chefs. In contrast, Australian delegation comprised 20 members.

The bid to host the Games in deeply rural Hambantota was only based on an elaborate dream. The proposal was conjured out of thin air by Namal Rajapaksa, the former President’s sporty oldest son, who was being groomed for leadership at that time. The Organising Committee was co-chaired by then Minister of Sports, Mahindananda Aluthgamage and then Governor of the Central Bank, Ajith Nivard Cabraal.